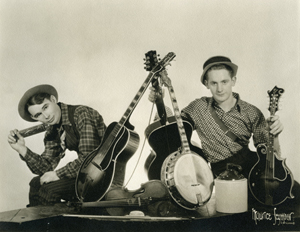 WAUKESHA, Wis. – Through the generosity of several benefactors extending all the way to the West Coast, the Waukesha County Museum has acquired 16 priceless artifacts from a recent auction. Twenty benefactors contributed toward a pool of money to acquire pieces from the auction for the museum’s Les Paul Experience exhibit, which is set to open on June 9, 2013.

“Several items are priceless and are critical to telling Les’ story in his hometown,” said museum President & CEO, Kirsten Lee Villegas. “The Waukesha County Museum Les Paul Experience will be the only public venue where people can view them.”

“When the museum asked me to help with the fundraising effort for this urgent situation, I felt compelled to jump in,” said Jim Lindenberg, owner of the Milwaukee Wave and Lindy Enterprises. “The chance to secure one-of-a-kind artifacts for the museum’s Les Paul exhibit was a once-in-alifetime opportunity that was too important to pass up. The Les Paul purchases will be a major boon for the Waukesha County Museum, Waukesha County, and the state of Wisconsin.”

With Lindenberg leading the charge, he and museum staff began a time-sensitive campaign to secure a significant pool of funds prior to the auction to acquire and then donate artifacts to the museum. In addition to Lindenberg, other early supporters included local business owners and philanthropists Anthony and Andrea Bryant as well as Hall of Fame rock star Chad Smith, drummer for the Red Hot Chili Peppers. Chad’s nephews graduated from Waukesha South High School, and he is donating some items in the Smith family name. The total of funds raised was in the six figures by the time the auction occurred on June 8 and 9.

“We needed to honor Les’ legacy and bring these artifacts home…to Waukesha where they belong,” said Chad Smith.

The benefactors were winning bidders on 16 artifacts. One of the treasured items acquired is a rare 1927 Gibson L5 acoustic guitar which was a star item in the auction and was shown on the cover of the auction catalog. This is one of the two L5s purchased in 1933 by Les Paul, then going by the name Rhubarb Red, at the Gibson guitar company in Kalamazoo, Mich., with his friend and band mate Sunny Joe Wolverton. Paul discusses the trip and purchasing this guitar extensively in his autobiography. He later gave this guitar to a friend, Dave Moran, who requested the guitar be returned to Paul upon his death.

Both Gibson L5 guitars were sold at the auction.

Anyone can still contribute toward the fund by calling the museum or donating through the museum’s website. “We are still seeking funds to support some of the acquired artifacts as well as for potential future acquisitions,” said Villegas. For any donation of $2,500 or more, the museum is offering 2 concert tickets and backstage passes to the Red Hot Chili Peppers concert at the Bradley Center in Milwaukee on Nov. 1, 2012.

“We feel fortunate that with Jim’s leadership we found an initial group of supporters that understood how important it was to ensure these artifacts were preserved for generations in Les’ hometown,” said Villegas.

The museum’s newly acquired Gibson L5 will be placed on exhibit this July and August as part of the museum’s current “Behind the Vaults: Treasures from the County Museum Collection” exhibit, which runs through August 11, 2012. For more than 100 years the Waukesha County Museum has dedicated itself to preserving and sharing the county’s cultural heritage. Encompassed in this current exhibit is a sampling of the more than 18,000 objects, 250,000 images, millions of archival materials, and innumerable stories that make up Waukesha County and its museum. The exhibit gives viewers a behind the scenes look into how museums work and the value they hold in safeguarding a community’s collective memory over time. 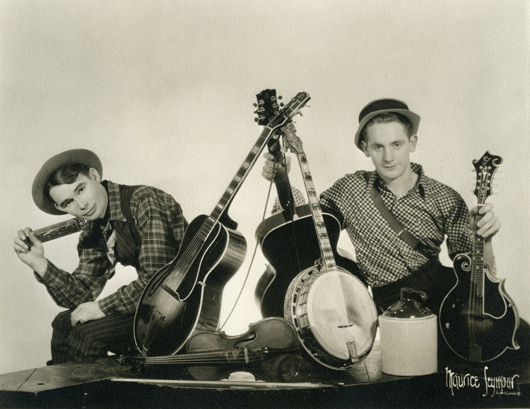 Skinner to orchestrate auction of fine musical instruments May 1