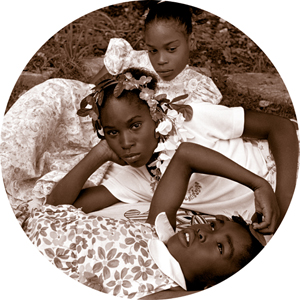 WASHINGTON – The National Gallery of Art has acquired its first work by the revered photographer and video installation artist Carrie Mae Weems.

Also entering the gallery’s collection is a complete set of screenprints from Romare Bearden’s groundbreaking series The Odysseus Suite, along with an exceedingly rare chiaroscuro woodcut from the Renaissance. Moreover, the acquisition of a dual-sided figure drawing by Giovanni Battista Piranesi bolsters the gallery’s position as the top repository of etchings and illustrated books by the renowned artist, archaeologist, and architect.

“The opportunity to acquire these significant works speaks volumes about the depth and breadth of the gallery’s collection,” said Earl A. Powell III, director, National Gallery of Art. “Yet again our trustees have demonstrated tremendous wisdom and foresight in both strengthening and diversifying our permanent collection.”

In the photograph May Flowers (2002), Carrie Mae Weems (b. 1953) – recipient of the prestigious MacArthur Foundation “genius grant” – trains her lens on three African American girls posed languidly in the grass. The result is a photograph that not only recalls 19th-century portraits of childhood and the rituals of spring, but also is a compelling statement about race and class in American society.

It was purchased with the Alfred H. Moses and Fern M. Schad Fund.

Boldrini’s Hercules and the Nemean Lion (c. 1566) is a highly prized chiaroscuro woodcut that portrays the first labor of Hercules. Although a commonplace motif in ancient Roman decorative arts that found renewed popularity during the Renaissance, this print is unique due to its size, quality, and condition.

Bearden’s screenprints from The Odysseus Suite recast Homer’s epic poem The Odyssey with black protagonists who must overcome the obstacles Odysseus faced in his quest for home. It is a symbolic tribute to the Great Migration of African Americans from the rural South to the industrial North and also references the colonial history of the transatlantic slave trade.

Hercules and the Nemean Lion was purchased through the Pepita Milmore Memorial Fund. The Odysseus Suite was purchased as the gift of Richard A. Simms.

Over the last four decades the gallery has built the world’s finest collection of etchings and illustrated books by the Italian master Giovanni Battista Piranesi (1720–1778). The addition of Two Workmen at Tables (early 1770s)—with Fragment of a Lion Bas Relief (1750s) in verso—further buttresses the Gallery’s rank.

Two Workmen at Tables is a superb example of Piranesi’s late style. Characterized by bold, dark strokes and broad lines, Piranesi focuses on bodily form and gesture rather than psychology. On the other side of the drawing is a cat that Piranesi drew at least a decade earlier, a feline that resurfaced in his famous Carceri (Prisons) series.

It was purchased through the Ahmanson Foundation Fund.

Through the Max and Heidi Berry Fund, the gallery acquired Splinter Beach (1916), a lithograph by George Bellows (1882–1925) that depicts a group of streetwise kids on a beach overlooking the East River. The purchase of the photograph Juliet with Peacock Feather and Red Leaf (1937–38) by Hungarian artist and theorist György Kepes (1906–2001) was made possible though the Pepita Milmore Memorial Fund. The Laughlin Fund made possible the purchases of Corso Sant’ Anastasia with the Palazzo Maffei in Verona (1855) by William Callow (1812–1908) and A Moroccan Woman in Traditional Dress (1866) by Mariano Fortuny (1838–1874). 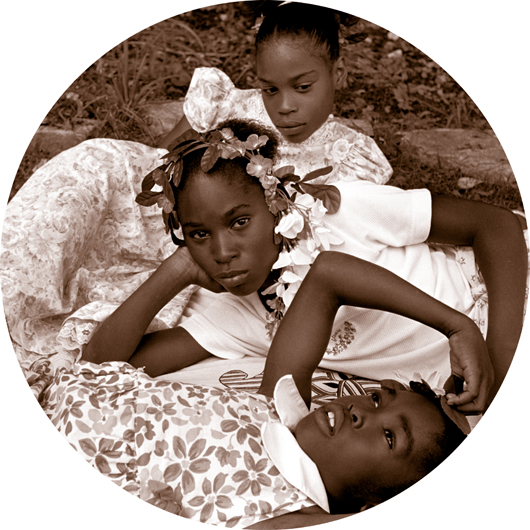