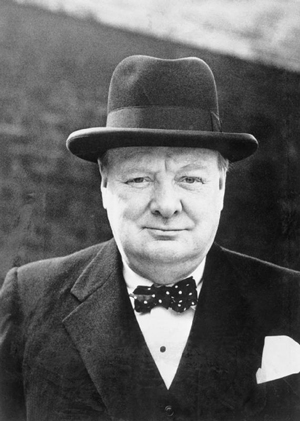 Winston Churchill, the British Conservative politician and statesman, served as prime minister of the United Kingdom from 19140-1945 and 1951-1955. Image courtesy of Wikipedia Commons.

The new National Churchill Library and Center will be established between 2013 and 2015 at George Washington University with an $8 million pledge from the Chicago-based Churchill Centre. Rare books and research materials will be transferred to the university’s library and housed in a new street-front center with exhibit space, officials told The Associated Press.

University President Steven Knapp said the center will become a destination for students and scholars of the former British prime minister, along with tourists visiting Washington’s many museums, archives and libraries. Churchill is widely admired for his leadership of Britain during World War II.

“We’re going to be able to study the 20th century through the study of one of the towering figures of the 20th century, Winston Churchill,” he said. “The idea here is to look at him not just in isolation but also setting him in his life and times.”

Born in 1874, Churchill’s career in politics spanned 60 years, serving in Britain’s parliament, numerous executive posts and as prime minister for 10 years. He died in 1965.

The Churchill Archives Centre at the University of Cambridge in Britain is the primary repository for his documents and personal papers with over 1 million items. Other major Churchill institutions in the United Kingdom include the Churchill War Rooms and Museum and Chartwell, the Churchill family’s home.

Much of Churchill’s memorabilia has never been shown in the United States, so the new center could borrow materials from the British institutions for public programs and exhibits.

Members of the U.S.-based Churchill Centre will build a collection to be housed in Washington, said Lee Pollock, the group’s executive director. Several members have personal collections they seek to donate to a permanent library, rather than sell. The Washington collection could amass more than 1,000 volumes, he added.

The gift will also create endowments to support a professor and a curator position devoted to Churchill and 20th century British history. From the gift, $2 million is devoted to renovating space for the Churchill center at the university library, and $1 million will fund exhibits and programs.

“Americans are especially devoted Churchillians,” Pollock said. The British icon is “probably the most collectible and collected statesman” of at least the last century, having written over 15 million words and about 50 different books as a historian and writer, he said.

“No American president, perhaps with the exception of Lincoln, has ever been written about as much as Churchill,” he said.

Knapp said it is fitting to have a library devoted to Churchill in the U.S. capital where he addressed Congress and had close relationships with numerous presidents.

Churchill thought of himself as a “personal bridge” between Britain and the United States, with an American mother and British father, Knapp said. His work with President Franklin D. Roosevelt helped draw the U.S. into World War II against Japan and Nazi Germany.

“Of course that produced a tremendous alliance that had extremely important consequences,” Knapp said. “Although he is from outside America, he in many ways stands for America’s relationship with the larger world.”

___ Brett Zongker can be reached at http://twitter.com/DCArtBeat 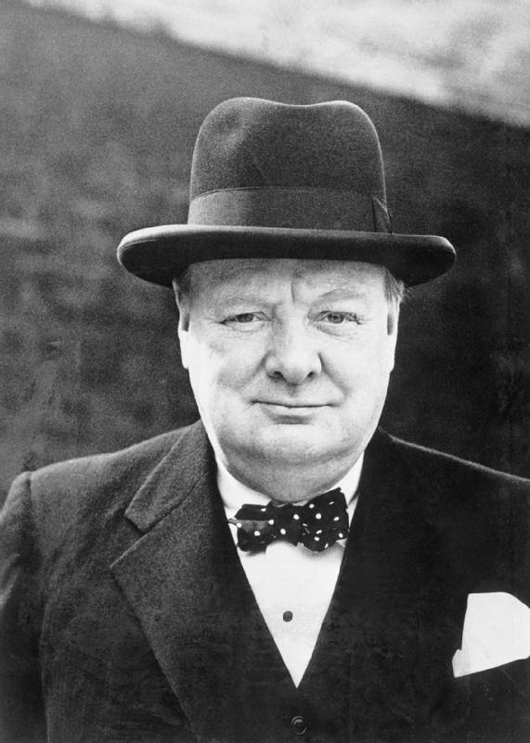 Winston Churchill, the British Conservative politician and statesman, served as prime minister of the United Kingdom from 19140-1945 and 1951-1955. Image courtesy of Wikipedia Commons.