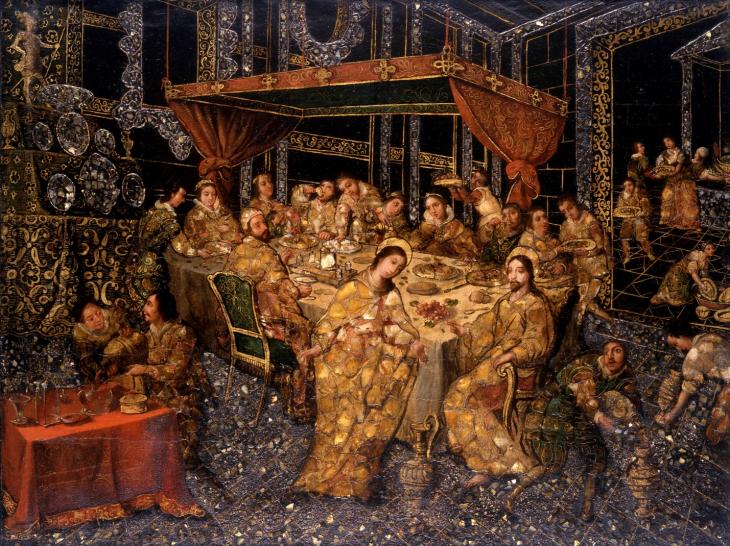 Miracle of the Wedding at Cana, Nicolás Correa, Mexico (Mexico City), 1693. Mixed media with encrusted mother-of-pearl on panel. On loan from the Hispanic Society of America, New York

WILMINGTON, Del. (PRWEB) – Winterthur Museum, Garden & Library is currently presenting “Made in the Americas: The New World Discovers Asia,” a landmark exhibition pressing the reset button on the history of globalism and the colonial Americas.

Described as “scintillating” by the Wall Street Journal during its debut at the Museum of Fine Arts, Boston, “Made in the Americas” is the first large-scale, Pan-American exhibition to examine the profound influence of Asia on the arts of the colonial Americas. Over 80 works from the MFA, Winterthur, and on loan from public and private collections, many never previously publicly displayed or published.

Featuring some of the most extraordinary objects produced in the Americas, this scholarly exhibition is the first, Pan-American study to explore how craftsmen across North, Central and South America adapted Asian styles in a range of media – from furniture to silverwork, textiles, ceramics and painting.

Exquisite objects from Mexico City, Lima, Quito, Boston, New York and Philadelphia, dating from the 17th to the early 19th centuries, include folding screens made in Mexico in imitation of imported Japanese and Chinese screens, blue and white talavera ceramics copied from imported Chinese porcelains, and luxuriously woven textiles made to replicate fine silks and cottons imported from China and India.

“Made in the Americas focuses on a history not taught in school,” said exhibition curator Dennis Carr, curator of American Decorative Arts and Sculpture, MFA, Boston.
The exhibition runs through Jan. 8 in the Winterthur Galleries.