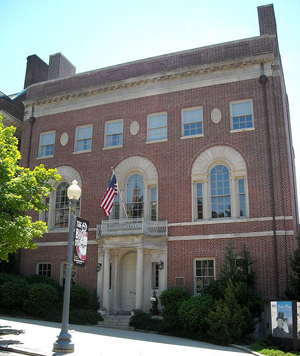 WASHINGTON (AP) – When World War I began in 1914, President Woodrow Wilson proclaimed U.S. neutrality. Then in 1917, he sent U.S. troops to Europe. After the war, he worked to create a lasting peace, and in 1919, he won the Nobel Peace Prize.

This summer marks 100 years since the start of World War I, and those with an interest in America’s role in the Great War and its aftermath can learn more about Wilson’s life and legacy on a guided tour of the President Woodrow Wilson House in Washington, where he lived after leaving office.

In his postwar efforts, Wilson championed principles like self-determination and independence, and he was the leading founder of the League of Nations, forerunner to the United Nations. “The main thing we want people to understand is that Wilson imagined the world at peace, and he proposed a plan for achieving that vision,” said Stephanie Daugherty, associate manager and curator at the President Woodrow Wilson House.

The house on S Street just north of Dupont Circle is a unique destination in its own right as the home of the only president who retired in Washington after leaving office.

Wilson and his wife, Edith, bought the brick Georgian Revival house with arched windows and a columned entrance in 1920 as his second term ended. Wilson was partially paralyzed by a stroke in 1919, and though not in a wheelchair, he had trouble walking, so an elevator was installed for him. He died in 1924, but his widow lived in the home until her death in 1961. The house has been restored with furnishings and memorabilia dating to the era when Wilson lived there.

Artifacts on display include an artillery shell casing from the first shots fired by U.S. troops on European soil. The commanders sent it to Wilson as a “fitting souvenir,” and he kept it on his mantel “as a reminder of his obligation to those troops” to work for peace, Daugherty said.

Also on exhibit is a pen with a feminine, mother-of-pearl design that Wilson used to sign the declaration of war. He didn’t have a pen handy when asked to sign the order, so he borrowed it from his wife.

The drawing room displays a mosaic of St. Peter that was given to Wilson by Pope Benedict XV when Wilson became the first sitting president to meet with a pope, in 1919. And a Gobelin tapestry given by the people of France to the Wilsons in 1917 hangs on the wall; Edith Wilson wanted to buy the house partly because it had space for the tapestry.

The tour begins with a 17-minute movie about Wilson’s life. He was born in Virginia – his birthplace there is the Woodrow Wilson Presidential Library – and grew up in Georgia and South Carolina, the son of a Presbyterian minister. Wilson was a lawyer with a Ph.D. in history and political science; he served as president of Princeton University and governor of New Jersey before winning the presidency. His first wife, Ellen, mother of their three daughters, died in the White House in 1914.

The tour includes a look at third-floor bedrooms and a basement kitchen. And through Aug. 10, a first-floor gallery hosts “Images of the Great War,” an exhibit of prints and drawings from the European front. On June 18, 6 p.m.-7:30 p.m., a program is scheduled on songs from World War I.

One surprising fact the tour reveals is how the house was paid for. In those days former presidents did not command large sums for lectures and books like they do now, and Wilson didn’t come from wealth, though he had some savings from his nearly $50,000 Nobel award. But the only way they could buy the $150,000 home was by having 10 friends donate $10,000 each.

The house is maintained by the National Trust for Historic Preservation. 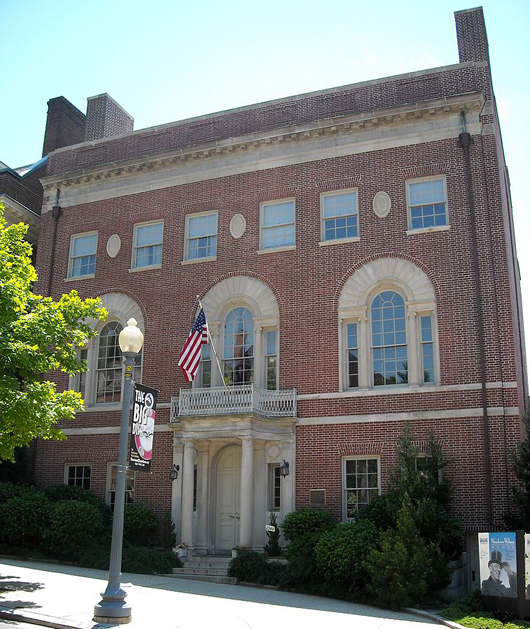