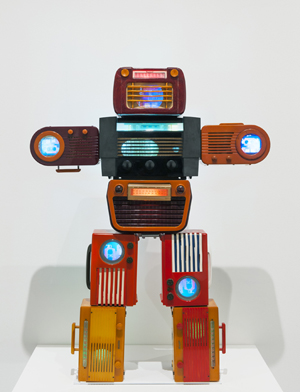 LONDON – Tate Modern today opens a new display of works by Nam June Paik (1932-2006), the renowned South Korean artist widely considered to be the founder of video art. The display consists of seven key works and four rarely-seen works on paper, which are being acquired by Tate through the generosity of the artist’s family and with the support of Hyundai Motor Company, Tate’s Asia Pacific Acquisitions Committee and Tate Americas Foundation. These works span more than 40 years and together they offer visitors a unique overview of Paik’s career.

Nam June Paik was a pioneering figure in multimedia art, who worked with radios, televisions, robotics and computers to explore humanity’s ever-changing relationship with technology. This free display includes Can Car 1963, an early sculpture created from a tin can, an electric motor and a pair of wheels, and Bakelite Robot 2002, a late work made by stacking vintage radios into the shape of a humanoid robot. Also on show are some of Paik’s seminal video installations, which address contemporary issues of mass media and surveillance. For example Nixon 1965-2002 uses electromagnetic coils to warp and distort footage of former US President Richard Nixon, while Three Eggs 1975-1982 is a CCTV triptych, in which an egg is watched by a video camera and transmitted live to a nearby monitor.

The acquisition of nine works by Nam June Paik, seven of which are included in this display, marks the start of Tate’s partnership with Hyundai Motor. This support will also allow Tate Modern to realize The Hyundai Commission, a new series of annual site-specific installations by contemporary artists in the iconic Turbine Hall, beginning in autumn 2015.

Alongside his sculptures and installations, a group of Paik’s works on paper have been donated to Tate by the artist’s family. These rarely exhibited drawings in pencil, pastel and ink offer an insight into Paik’s working method and the development of his groundbreaking and experimental ideas.

Chris Dercon, Director, Tate Modern said: “Nam June Paik was one of the great pioneers of video art and I am delighted to see his work on display here at Tate Modern. This acquisition is a great example of Tate’s increasingly diverse collection, showcasing the most exciting art from around the world in a wide range of media.”

Nam June Paik was born in Seoul in 1932, and studied music and art history at the University of Tokyo, the University of Munich and the Academy of Music in Freiburg. He is represented in major public and private collections around the world, including the Museum of Modern Art, New York; the Musée d’Art Moderne de la Ville de Paris; and the Smithsonian American Art Museum, Washington. A retrospective of his work was held at Tate Liverpool in 2010.

For additional information about the exhibition, visit tate.org.uk. 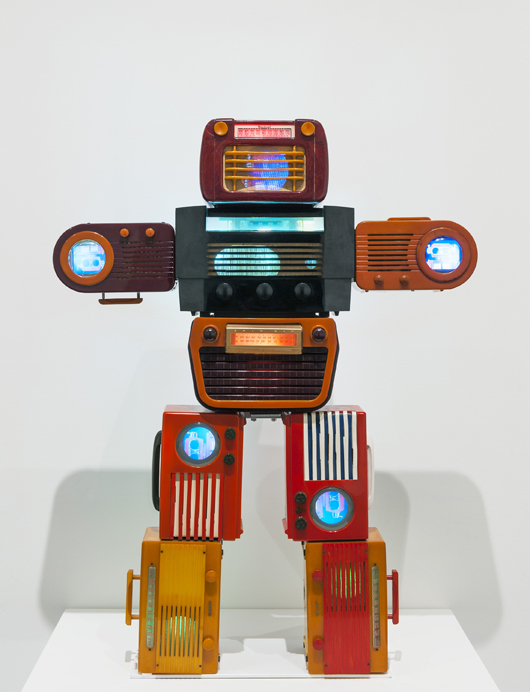