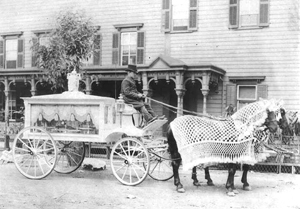 CECHY POD KOSIREM, Czech Republic (AFP) – A regal 19th-century horse-drawn hearse believed to be the world’s largest has become a crowd magnet for a Czech museum built single-handedly by a plumber with a passion for historic vehicles.

Czech master craftsman Vaclav Brozik built the massive eight-horse hearse around 1895. It is over four metres high, 6.5 metres long and weighs in at almost three tonnes.

Vaclav Obr, a 45-year-old Czech plumber, recently spent two years restoring the hearse for his museum, featuring 60 historic carriages and built with European Union funding to the tune of 174,000 euros ($225,000).

This year, the hefty hearse became the museum’s star attraction. Obr found it badly damaged in a nearby town about two years ago. He was then able to identify it with the help of a photograph hanging in a Prague museum.

“When I saw the picture in Prague, I almost fell off my chair,” Obr told AFP.

Many details, including carvings and sculptures of angels, had vanished from the wreck he had found.

With the help of local craftsmen he managed to restore the hearse to its former glory, using the single photograph as a model.

Obr, who repaired his first carriage 18 years ago, collected them from all over the Czech Republic for years.

His labour of love is a public service mission of sorts to salvage the country’s remaining transport artifacts.

Obr also takes special pride in his Golden Coach, or Carrosse d’Or, bought second-hand by a Czech archbishop around 1750.

Unlike similar coaches used for royal coronation ceremonies on display in Lisbon, Moscow, Saint Petersburg or Versailles in France, he boasts his is “fully functional.”

He once lent it to filmmakers in Austria and “drove into Vienna like in the old days,” said Obr. 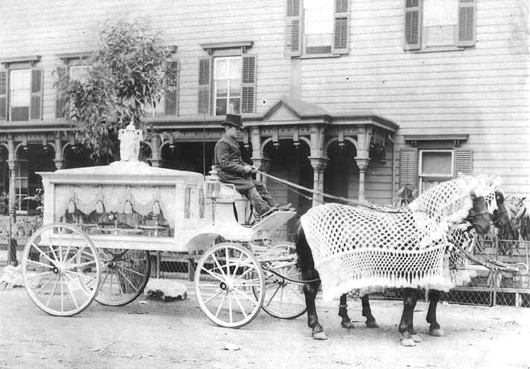 Much to celebrate in Gianguan Auctions holiday sale Dec. 9
Scroll to top