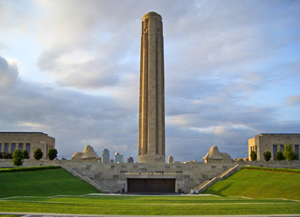 KANSAS CITY, Mo. (AP) – The site of the National World War I Museum has weathered a whiplash arc from prominence to decline and back to distinction. With the centenary of the start of World War I being marked this summer, the museum is working to highlight the story of a war that is often overshadowed in U.S. history by other conflicts.

The museum is located on the 26-acre site of the Liberty Memorial. The obelisk homage to soldiers of the First World War was completed in 1926 after Kansas City residents raised more than $2 million in two weeks to build it. At the memorial’s dedication, President Calvin Coolidge called the Egyptian Revival-style monument “one of the most elaborate and impressive memorials that adorn our country.”

Decades and a few major wars and monuments later, the towering 217-foot Liberty Memorial, neglected and deteriorating, was closed in 1994. But in 1998, Kansas City residents rallied once again, passing a tax aimed at restoring the structure. Plans then evolved to include a museum showcasing the site’s World War I-era collections.

The National World War I Museum at Liberty Memorial opened in 2006.

“This museum is a result of the action of the citizenry,” said Matthew Naylor, president and chief executive officer of the museum, which he called “the foremost museum in the U.S. in remembering and interpreting the Great War and its enduring impact.”

The museum, located south of downtown and funded largely by private donations, admission fees and the city, has garnered considerable praise, including from Diane Lees, director general of the Imperial War Museums in England. Lees said the World War I Museum, which she visited in January, “punches well above its weight as a museum” and is a “must for anyone who wants to learn about the impact of the First World War.”

“Its narrative is international; the broad range of objects on display are compelling; and the personal stories they tell brings the people who lived, endured, served and died during the war a century ago, to life,” Lees said in an email.

While most of the visitors are from the U.S., many are from countries where the war was fought and appear to know more details about the war than Americans, Vietti said. The centennial may change that.

“What we would anticipate and hope to see is that the centennial commemoration during the next five plus years provides an opportunity not only for Americans, but really the entire world to review and examine World War I and how events that took place during the first global conflict in human history continue to affect everybody to this very day,” Vietti said.

Visitors may be disappointed if they expect a single, U.S.-based approach to the story of the war. “One of the criticisms of us is that we’re impartial,” Naylor said. “What we seek to do is report a complicated story that in a way encourages people to examine the issues.”

The museum, which also includes a research center, two theaters, exhibitions and artifacts such as a Renault FT-17 tank and a replica of no man’s land, is hosting a series of events, discussions and exhibits to highlight each year of the war, as well as the 1919 peace process. One event this year, “Taps at the Tower,” has buglers playing taps at dusk from June 22 to June 28, the 100-year anniversary of the shooting death of Archduke Franz Ferdinand. A current exhibit, “Over by Christmas: August-December 1914,” looks at the first five months of the war, which many thought would be far briefer than it was.

While the U.S. involvement in the First World War wasn’t as lengthy as that of the other nations’, Graydon Tunstall, history professor at the University of South Florida, said it’s vital to study and remember World War I.

“World War II gets the majority of attention,” said Tunstall, who has visited the museum on several occasions. “But if it weren’t for World War I you wouldn’t have World War II because what the war was fought about was not resolved in the treaty ending it.” 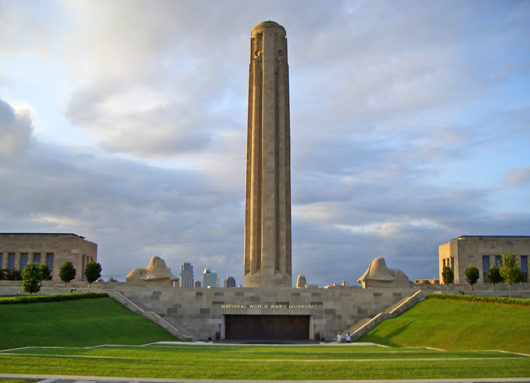 Diana exhibit in KC expected to break its US attendance record