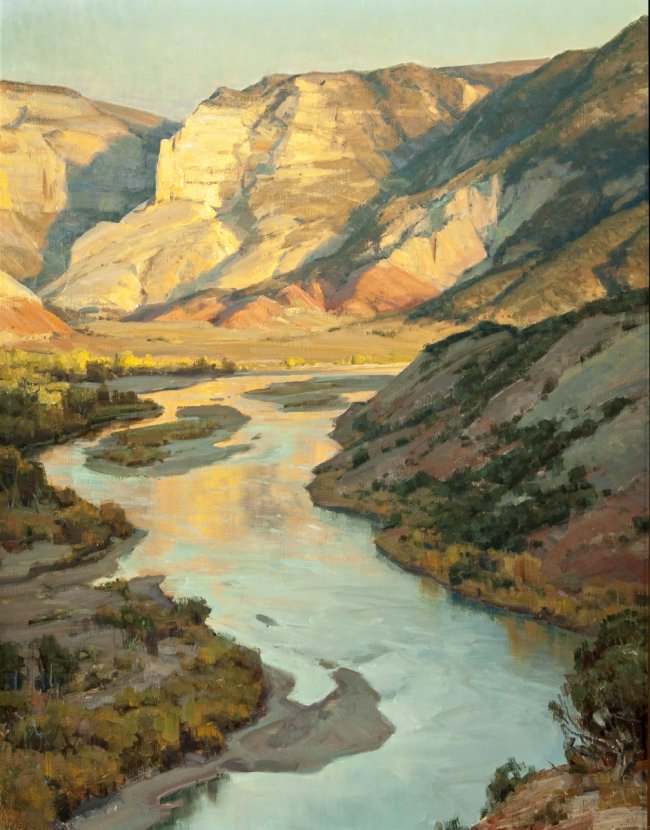 SALT LAKE CITY (AP) – A public lands proposal set to be unveiled next month would promote Utah’s reputation as a mecca for dinosaur fossils by elevating Dinosaur National Monument to a national park and by creating a new “Jurassic National Monument” in central Utah.

The ambitious, sweeping plan that has been in the works for years would also add protections for about 4 million acres of land in eastern Utah in exchange for freeing up about 365,000 acres land for oil and gas development in the same part of the state, Rep. Jason Chaffetz, R-Utah, told The Associated Press on Tuesday afternoon.

Chaffetz said the numbers and designations are all preliminary and could change, something echoed by Tuesday by a spokesman for Rep. Rob Bishop, who has spearheaded the proposal.

The Republican congressman still wants to get feedback on the proposal before introducing it in Congress sometime in September, Bishop’s spokesman, Lee Lonsberry, said in a statement.

Bishop and Chaffetz have spent the last few years talking to county officials, environmentalists, energy developers and others to develop a plan they say will balance mining and drilling, recreation, preservation and other uses of Utah’s lands.

The information disclosed by Chaffetz this week is the first look at details of the proposal.

Among the highlights unveiled by Chaffetz:

– The creation of “Jurassic National Monument” at one of the largest collections of fossils from the Jurassic Period. The monument would be just under 1,000 acres at the Cleveland-Lloyd dinosaur fossil quarry in Emery County, about 150 miles southeast of Salt Lake City.

– Elevating Dinosaur National Monument, which straddles the Utah-Colorado border, into a national park.

– Extending Arches National Park near Moab by folding in 50,000 acres along its eastern flank.

– Adding protections for about 3.9 million acres in eastern Utah in exchange for opening up 365,000 acres in the region.

One element that Chaffetz said is key to the entire deal is a prohibition on the president using broad authority under the 1906 Antiquities Act to designate any national monuments down the road in the seven Utah counties involved. Alaska and Wyoming have similar exemptions that require Congress to approve any new monument designations in those states.

The ultimate goal of the plan is to bring certainty and finality to those flashpoint spots on Utah’s lands.

“By taking away the use of the Antiquities Act, it’s making this deal possible. If the White House won’t agree to that, this deal doesn’t happen,” Chaffetz said. “It’s the only way you can get the buy-in at the local level.”

He said the Obama administration has been very hesitant to consider relinquishing that power, but Chaffetz argues conservation advocates will get more out of the broader public lands deal than they would with a sweeping monument alone.

“We’re trying to avoid a civil war and provide some long-term certainty for everybody on the political spectrum,” he said.

The “Jurassic National Monument” would be contingent on the Emery County Commission voting in favor of the idea at an upcoming meeting Sept. 1.

Chaffetz said the designations for the dinosaur areas would bring additional funding, tourism, research and preservation to those spots. “If you want to learn about them, explore them, experience them – Utah’s as a good a place on the face of the planet as there is,” he said.
____