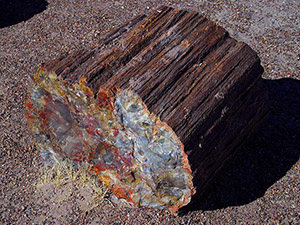 ALEXANDER, N.D. (AP) – Thirteen petrified tree stumps have found a new home on the front lawn of an Alexander museum after being unearthed during road construction in June.

The North Dakota Department of Transportation donated the stumps to the oil-patch town’s Lewis and Clark Trail Museum, where they will be displayed, the Bismarck Tribune reported. The stumps are estimated to be 60 million years old and each one weighs thousands of pounds.

The stumps were dug up during construction of the U.S. Highway 85 bypass, and a Minnesota-based company, Central Specialties, loaded the stumps onto trucks and started hauling them out of state.

But local residents, including the man who owned the land before it was acquired by the state Department of Transportation, objected, saying the stumps should not belong to a company doing roadwork. In response, the state department intervened to return the stumps to Alexander.

Museum board president Donna Sims said the museum will eventually put out a plaque explaining the stumps to museum visitors. 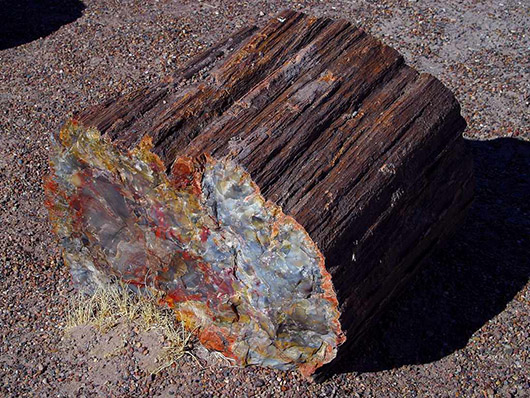