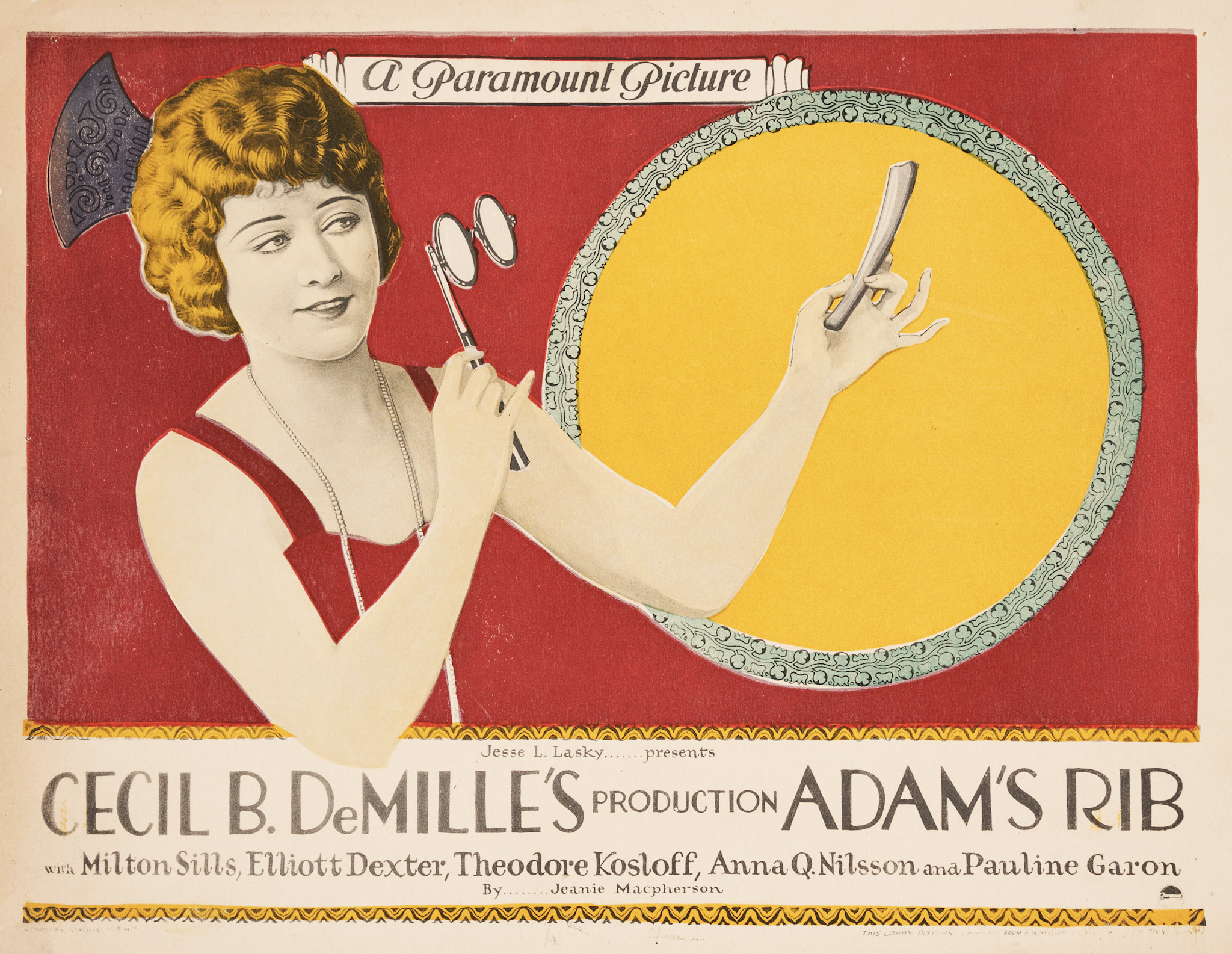 NEW YORK — A major exhibition of lobby cards from the silent film era highlighting the untold stories of women’s contributions to the early film industry is on view at New York’s Poster House through October 9. Experimental Marriage: Women in Early Hollywood draws on a unique collection of posters and ephemera assembled by the Chicago-based collector Dwight M. Cleveland, who has spent nearly half a century accumulating what is believed to be the largest privately-held film poster archive in history. The exhibition marks the first time that these lobby cards, a recent addition to Cleveland’s collection, have been exhibited in a museum setting.

Experimental Marriage: Women in Early Hollywood provides a glimpse into the understudied histories of female filmmakers who worked in Hollywood during the silent era, offering a powerful corrective to the misperception that early American cinema was an exclusively male industry. 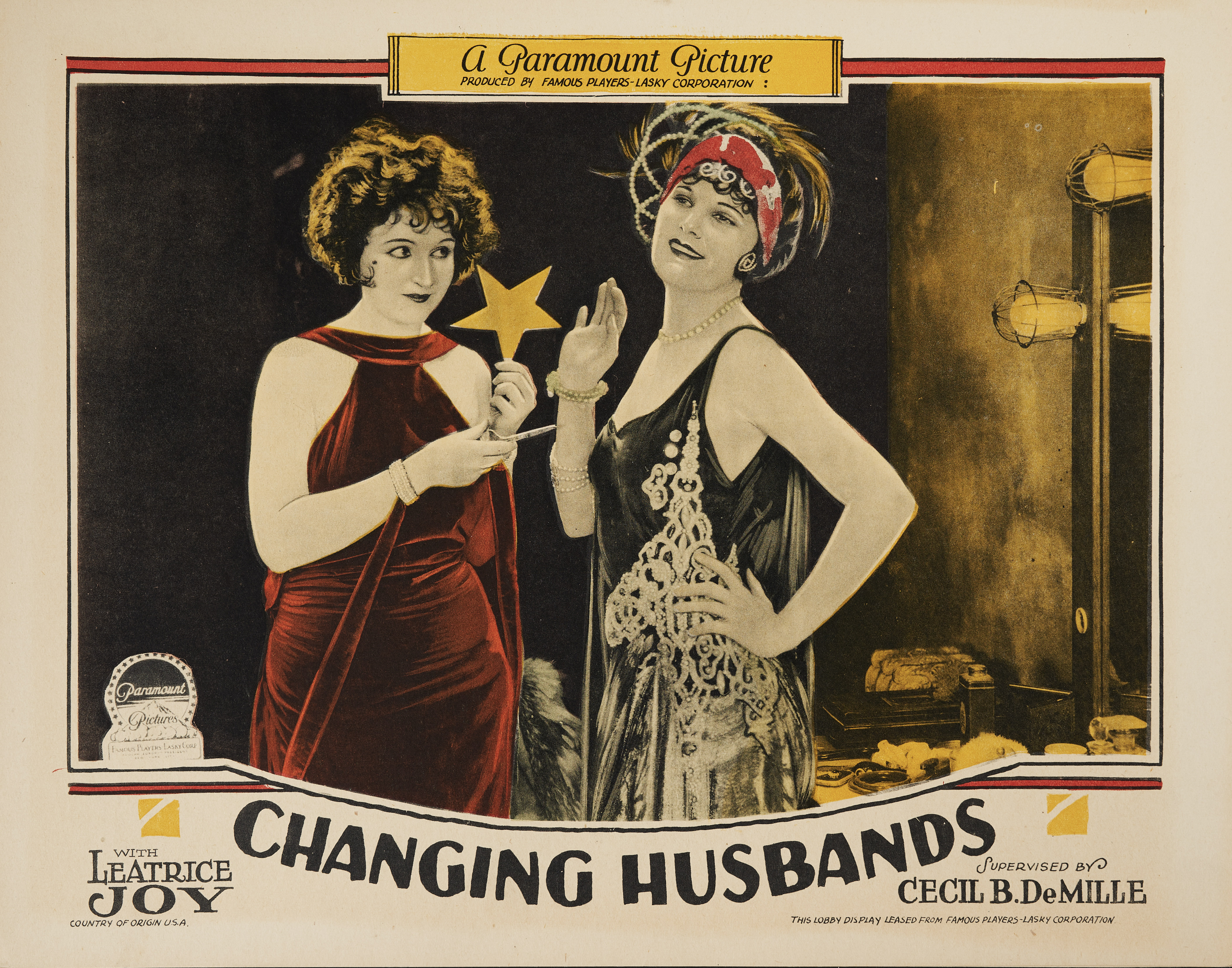 These stories are illuminated through the medium of lobby cards — a form of graphic advertising that dates back to the earliest years of theatrical film exhibition, when studios advertised in movie theater lobbies to promote their latest releases. Often painstakingly handcrafted during a period before color printing became commonplace, these cards became a miniature art form in their own right, reflecting and advancing the graphic design aesthetics of what was then an emerging field of commercial advertising. At a time when Hollywood star culture was in its infancy, these lobby cards also offered studios the opportunity to spotlight the artists and craftspeople who worked behind the camera — which included women at all levels of production, from costuming, set design, and editing to screenwriting, producing and directing. 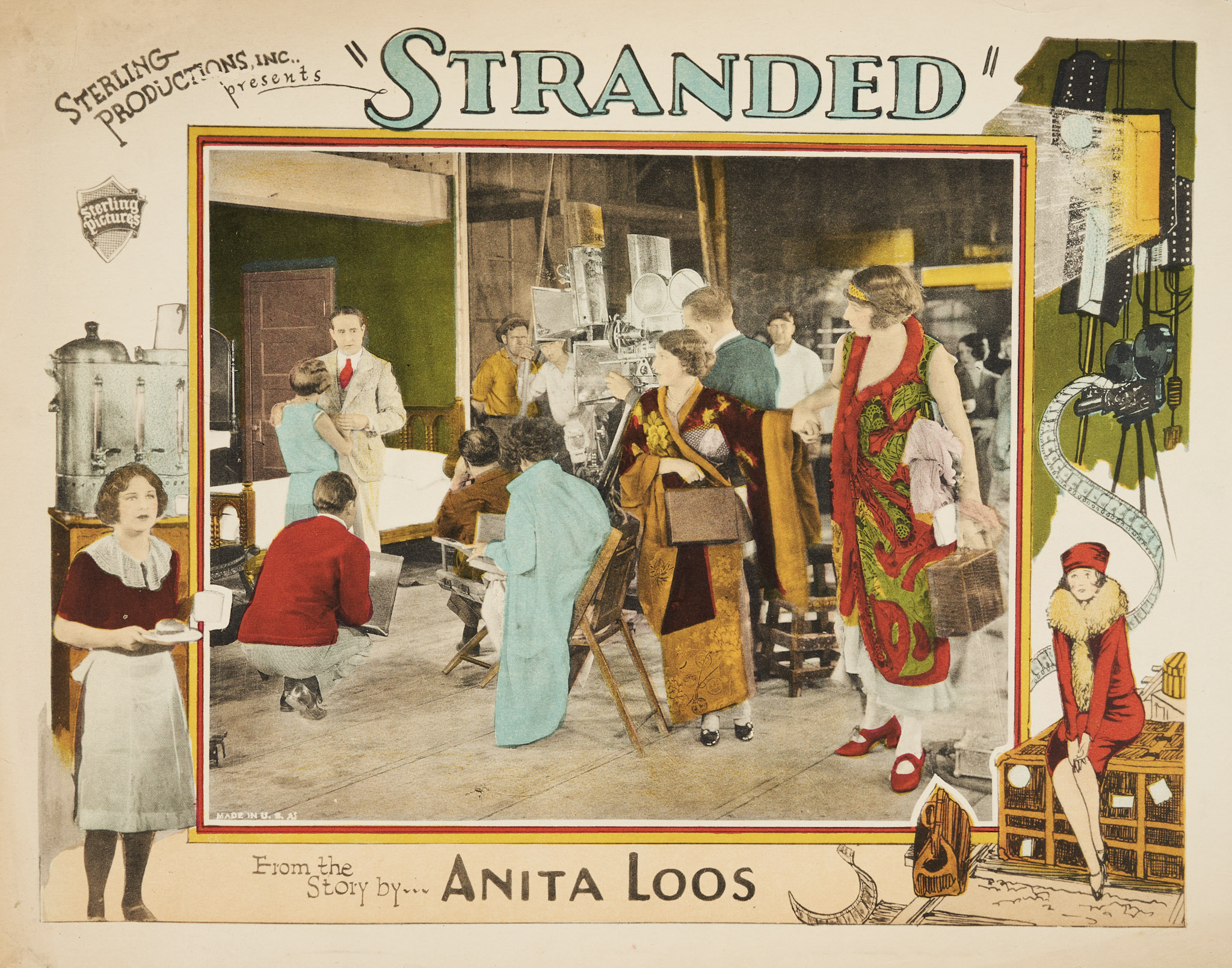 The lobby cards featured in Experimental Marriage: Women in Early Hollywood were acquired by Cleveland, a real estate developer and historic preservationist who has long been at the forefront of film poster collecting and advocacy. He deaccessioned his archive of more than 40,000 film posters in 2016, but retained personal holdings of more than 4,000 posters, lobby cards and other ephemera, including many objects that are unique or were produced in extremely limited editions. Portions of Cleveland’s collection have been donated to the Library of Congress, the Academy of Motion Picture Arts and Sciences and international institutions such as the Bill Douglas Cinema Museum at the University of Exeter in the United Kingdom.

In recent years, Cleveland recalibrated his collection to highlight female filmmakers as well as other film artists and craftspeople from underrepresented minorities. This sub-collection numbers 12,000 silent film posters, lobby cards and stills; 40 of these works went on view for the first time in the Poster House exhibition, which is organized by the museum’s chief curator Angelina Lippert. 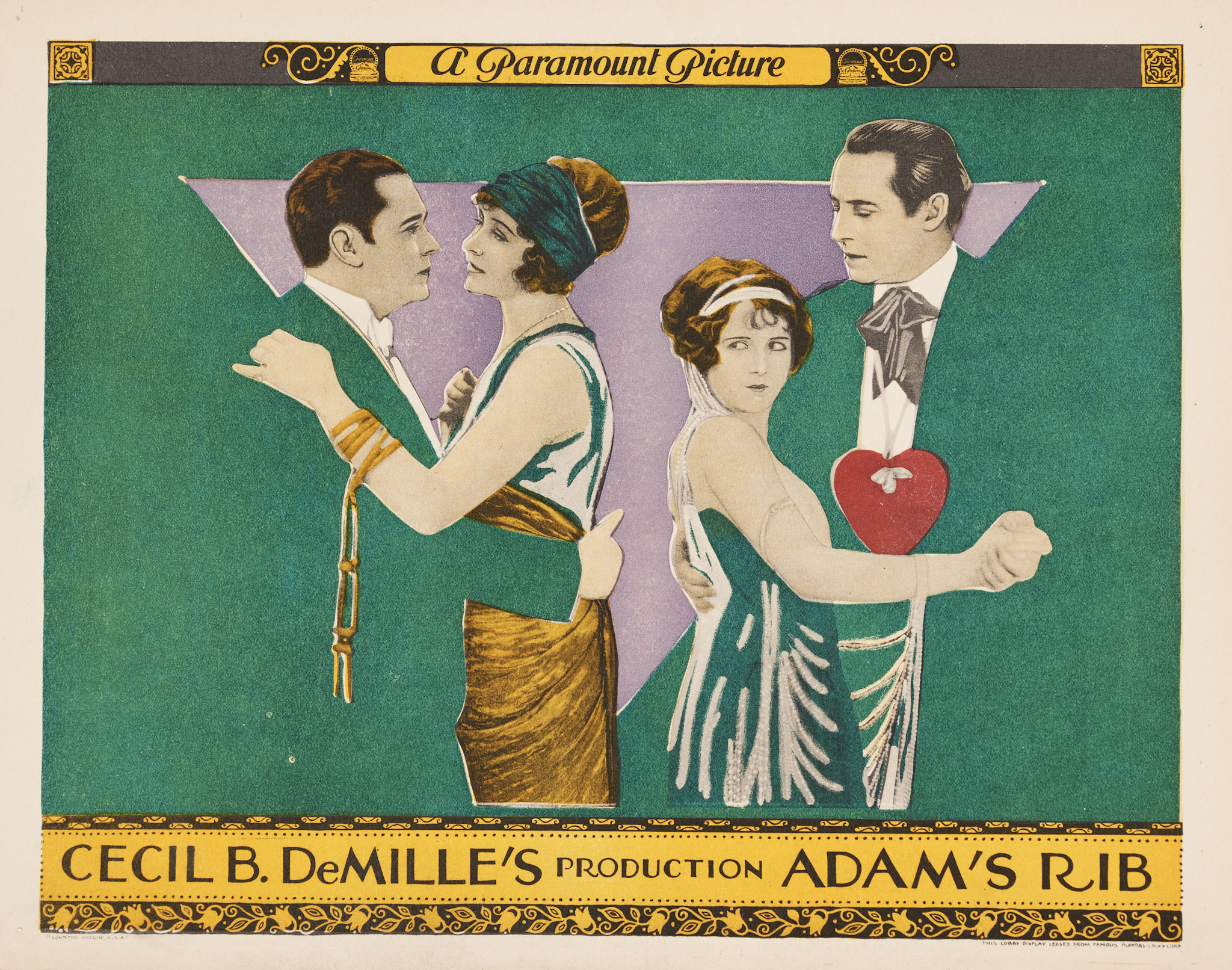 “Poster House is thrilled to partner with Dwight Cleveland to introduce this important, never before-seen collection of lobby cards, which highlight the myriad roles women played in the early film industry,” said Lippert. “In addition to being incredibly rare — most of these are the only known copies — the lobby cards beautifully display the dynamic graphics of the time period while telling a captivating story of how women helped shape Hollywood.”

The 40 lobby cards in Experimental Marriage: Women in Early Hollywood date back to the early 1910s and extend through the conclusion of the silent era in the late 1920s. Because of the fragility of their production materials, each of these lobby cards is believed to be the sole extant copy from its respective printing. 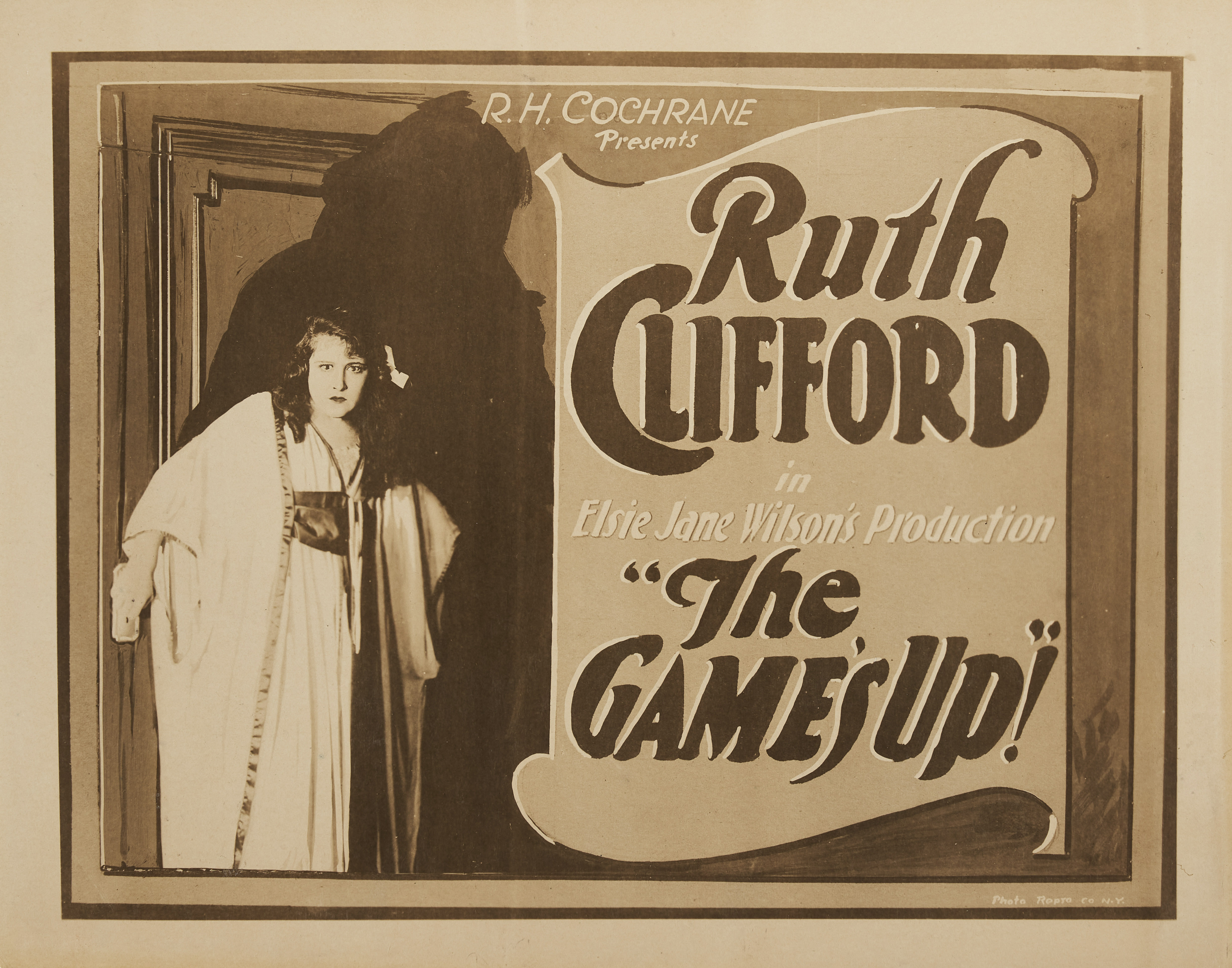 “What we have in this remarkable collection is not just proof of how many women worked behind the camera, we have the very artifacts of their artistry,” said Jane Gaines, a film professor at Columbia University, supervisor of the Women Film Pioneer Project and author of Pink-Slipped: What Happened to Women in the Silent Film Industries?, released in 2018. 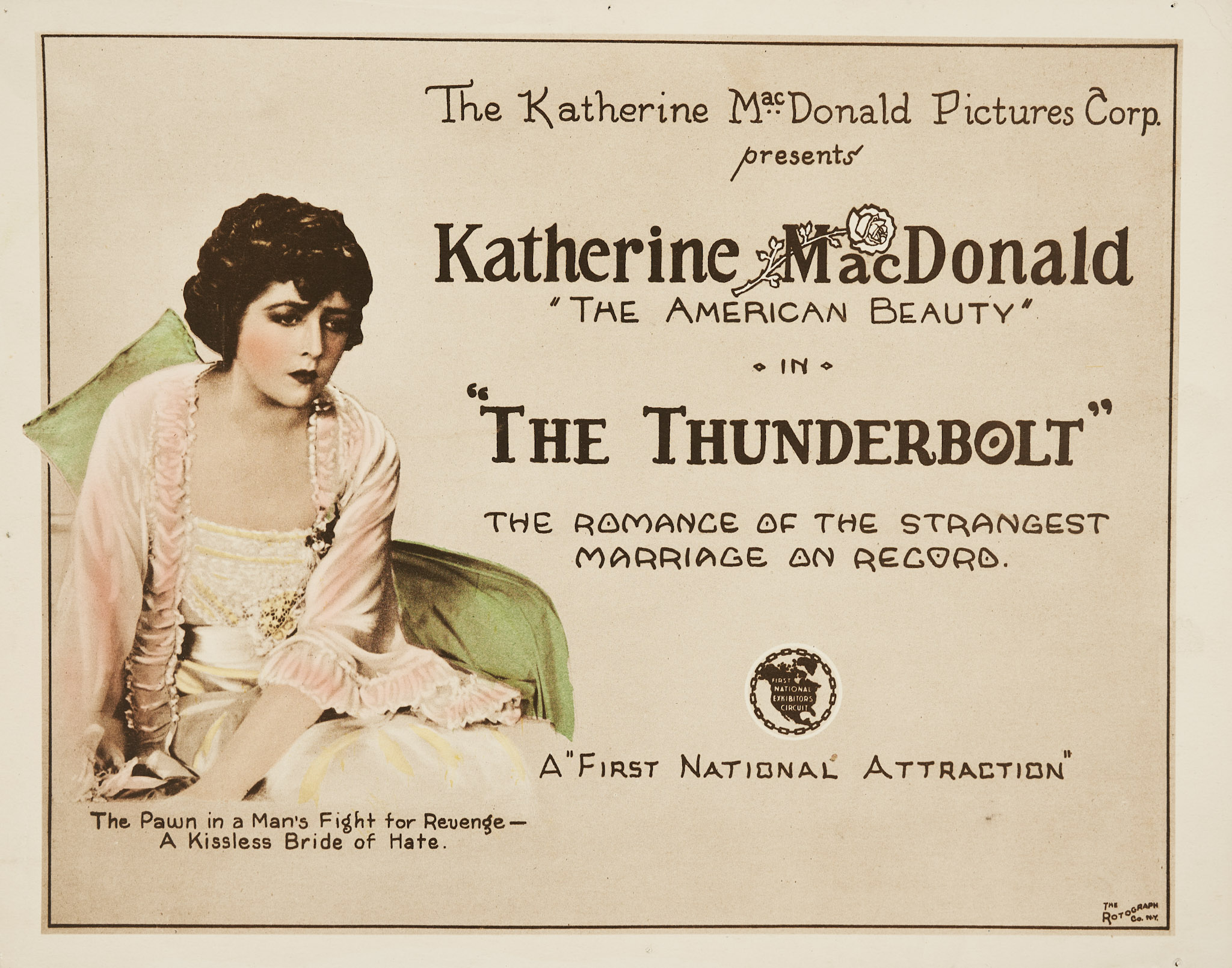 “When I first became aware of this remarkable collection of lobby cards, I knew it was an opportunity to reshape my own collecting practice by illuminating the essential contributions of women to early Hollywood — a seldom-told story that feels ever more relevant as today’s entertainment industry strives to finally live up to its ideals of gender equity and inclusivity,” said Cleveland. “I’m proud to share these stories with the world through this exhibition with Poster House, and I look forward to more opportunities to make this collection accessible to the public.”

Visit the website of Poster House and see its dedicated page for Experimental Marriage: Women in Early Hollywood.