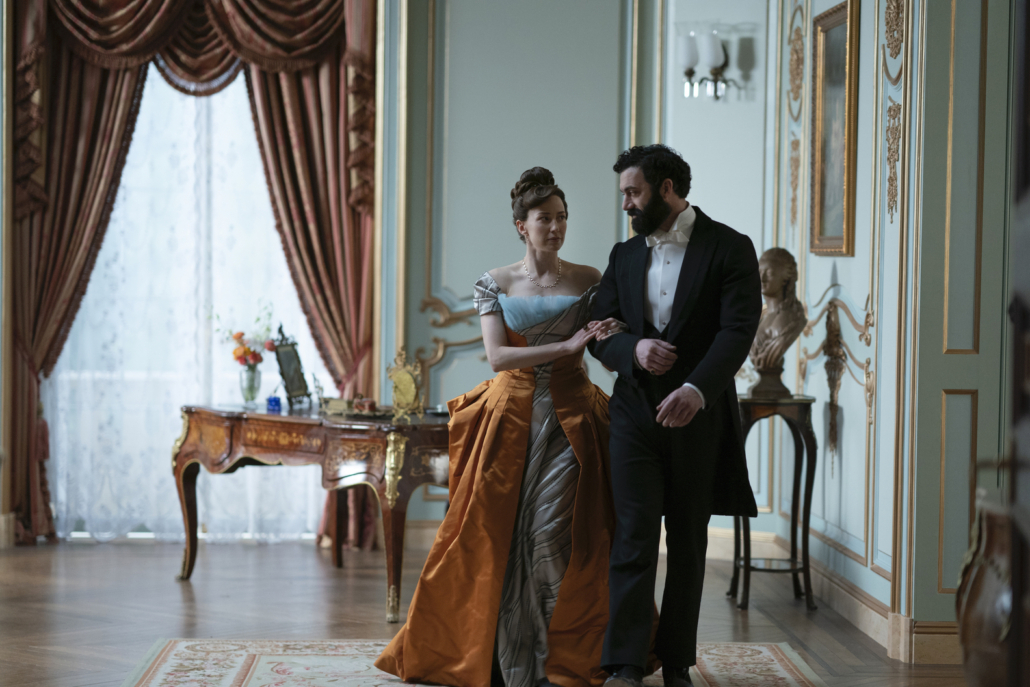 Carrie Coon as Bertha Russell and Morgan Spector as robber baron George Russell, shown in their lavish Fifth Avenue mansion in a scene from The Gilded Age. Photograph by Alison Cohen Rosa/HBO

NEW YORK (AP) – “What surroundings, Mrs. Russell. We could be at Tsarskoye Selo,” exclaims Nathan Lane’s snooty Ward McAllister at his first glance of her opulent Fifth Avenue mansion on The Gilded Age. The social arbiter’s reference to an 18th-century palace outside St. Petersburg, Russia, is lost on the new-money Bertha, but the point was made: The HBO Max series has brought alive America’s post-Civil War renaissance and New York City’s cultural awakening in all its Beaux Arts glory.

The term, which translates simply as “fine arts,” was anything but simple in the hands of the city’s wealthiest figures of the time – names such as Astor, Carnegie, Frick, Morgan, Rockefeller, Vanderbilt and more. Thanks to this powerful ruling class and their architects, the period roughly spanning the 1870s to the 1930s produced some of New York’s finest structures. 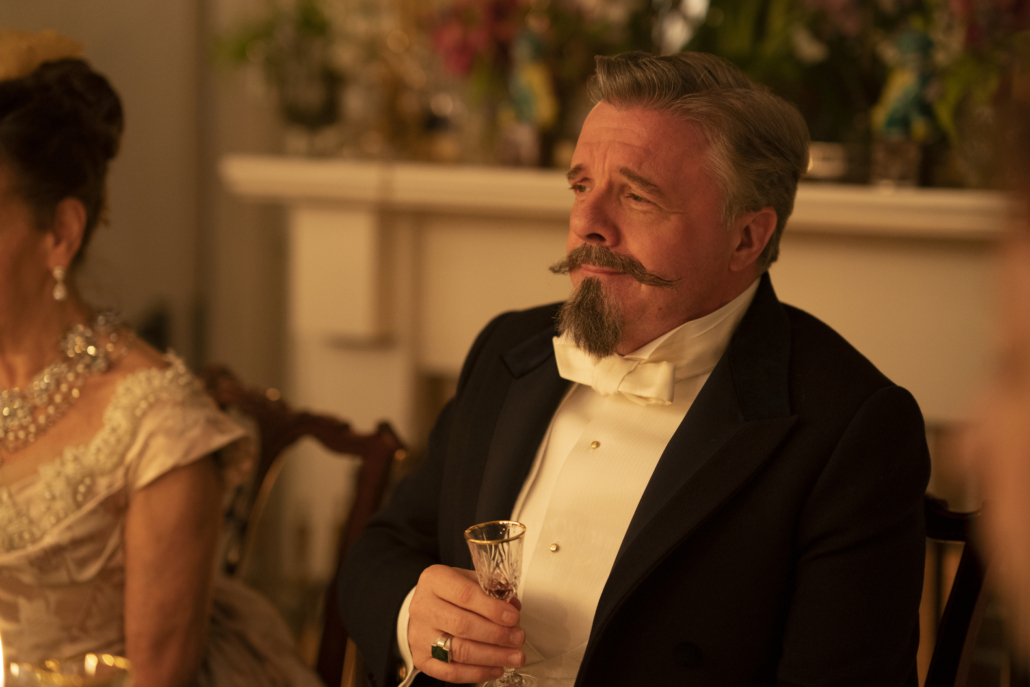 Guest star Nathan Lane as Ward McAllister, coiner of the phrase “The Four Hundred” and right-hand man to the queen of Gilded Age society, Mrs. Astor, in episode eight of The Gilded Age. Photograph by Alison Cohen Rosa/HBO

Beaux Arts at its best includes buildings such as The Metropolitan Museum of Art, the Morgan Library & Museum, the Woolworth Building, Grand Central Terminal, Pennsylvania Station, the main branch of the New York Public Library, The Frick Collection, Grant’s Tomb and select mausoleums in Woodlawn Cemetery, where some of the players rest.

The structures, or pieces of them, survived the advent of Art Nouveau, Art Deco and the modernist movement as the country radically transformed. 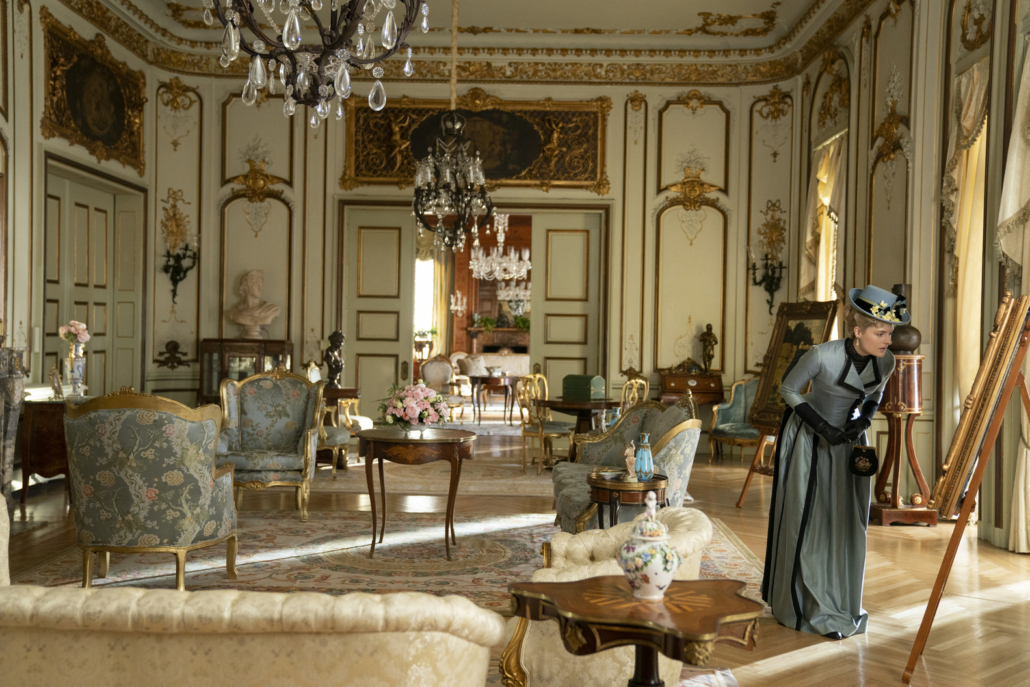 “Architecture is always a clear guide to how individuals or whole societies think of themselves,” the HBO show’s creator, Julian Fellowes, told The Associated Press about why he needed to get the details right. “The princes of the American renaissance were no different. They saw themselves as giants, no longer inferior to the products of older cultures across the sea, but kings of the world.”

Just as Fellowes began work on The Gilded Age several years ago after his hit Downton Abbey, the architect, author and educator Phillip James Dodd began his passion project about the same era. His An American Renaissance: Beaux-Arts Architecture in New York City (Images Publishing) is a massive, meticulous book delving into the homes, monuments and public buildings that robber barons and industrialists ordered up in an over-the-top vein as the city gained its cultural footing. 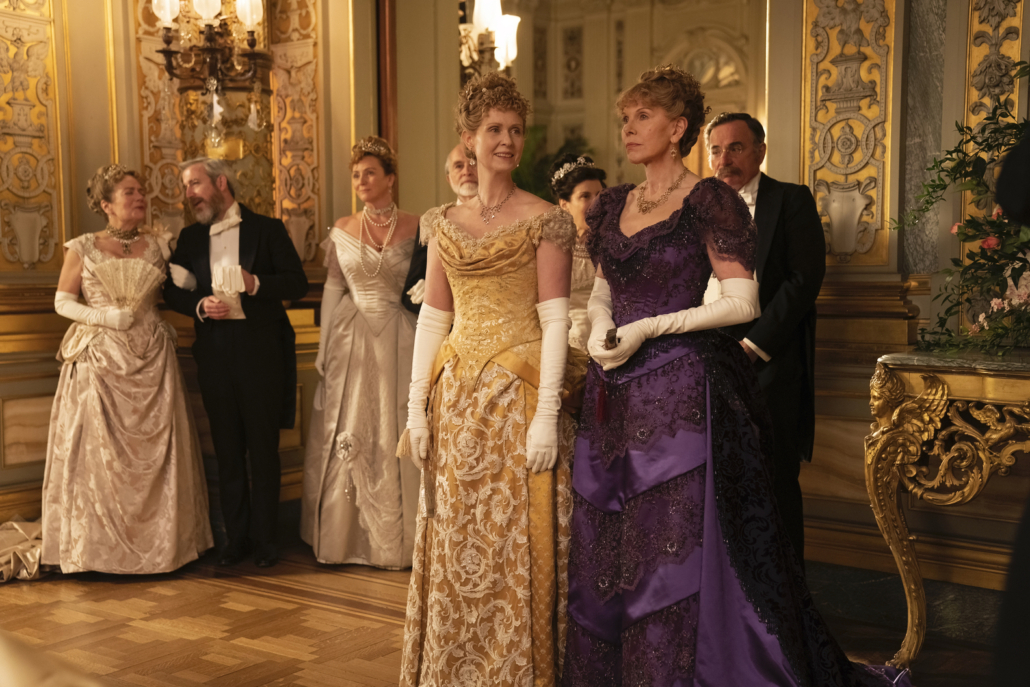 Cynthia Nixon as Ada Brook and Christine Baranski as her sister, Agnes van Rhijn, in a scene from The Gilded Age. Photograph by Alison Cohen Rosa/HBO

The Beaux Arts style, characterized by classical forms, massive proportions and lavish, usually symmetrical, detailing, sprouted from the Ecole des Beaux Arts in Paris. Some of the most sought-after American architects trained there before joining the gold rush for commissions amid New York’s sea of brownstones.

Their clients, the titans of banking, railroads and mining, were looking to flaunt their fortunes and better their social standing, and that of New York in the process. As they amassed art and antiquities in Europe, their architects, sculptors and muralists drew on a wide range of influences, including the ancient Greeks and Romans, along with the Renaissance and Baroque styles from Italy and France. Often, all at the same time. 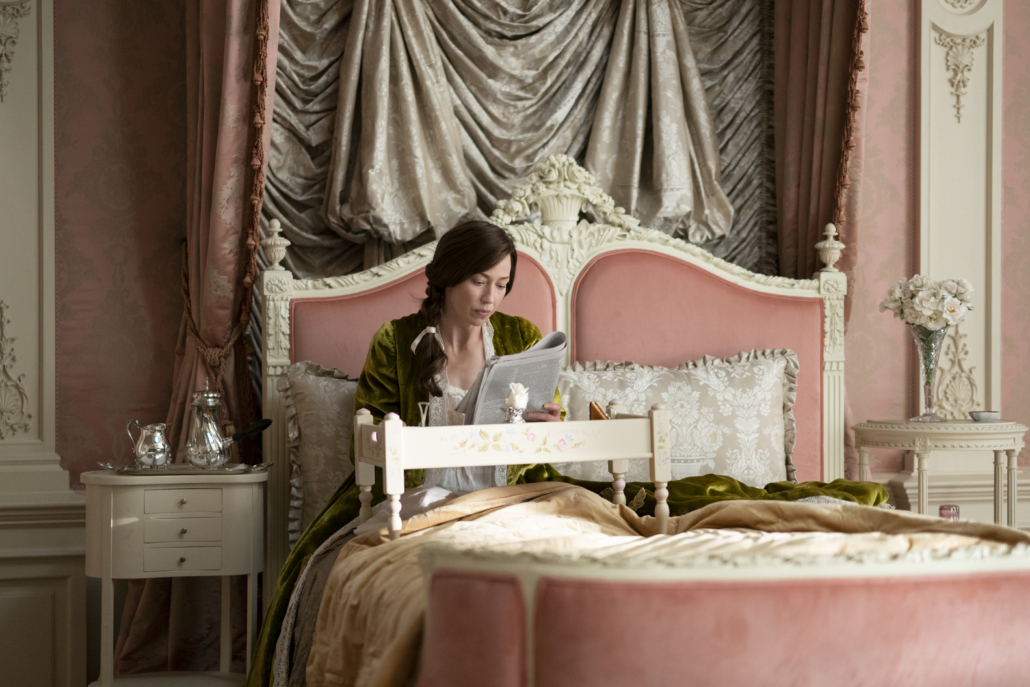 Carrie Coon as Bertha Russell in an episode two scene from The Gilded Age. Photograph by Alison Cohen Rosa/HBO

While the Beaux Arts style in France was grand, in America it was “on steroids,” Dodd told the AP.

“They wanted to create cities that could rival the great cities. They needed monuments,” he said.

One of the top architectural firms of the day, McKim, Mead and White, makes an appearance on the show. Its ginger-haired and mustachioed partner Stanford White is hired by Bertha and her railroad magnate husband, George Russell, to create their lavish home (a fictionalized mansion on Fifth Avenue’s Millionaires Row). 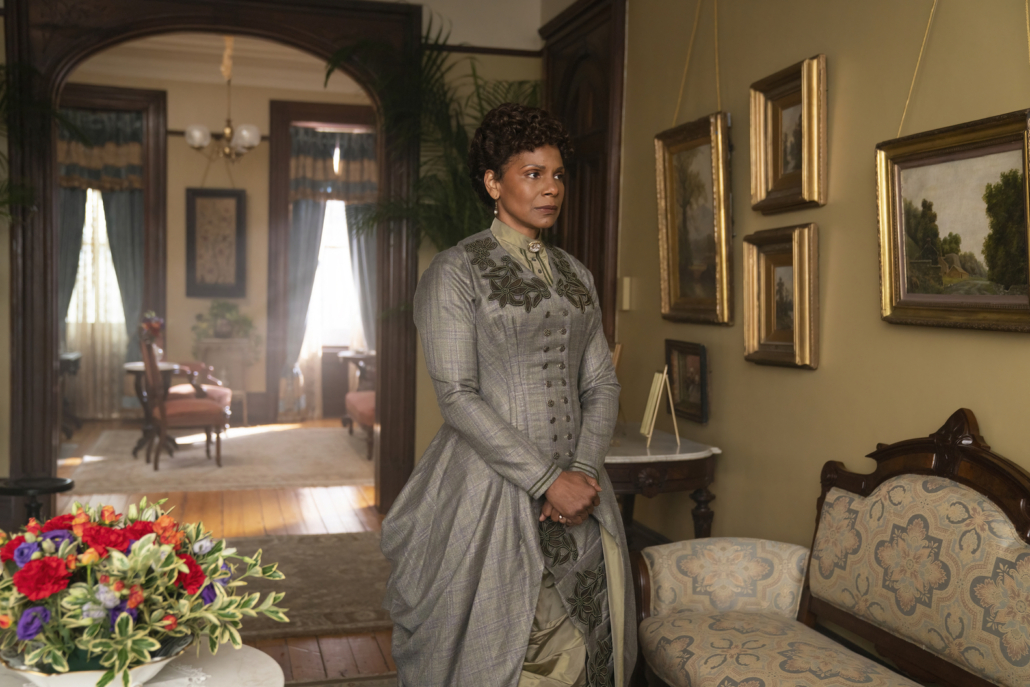 The prolific White, designer of homes, college buildings and the marble arch at Washington Square, also made real-life headlines in 1906 for being fatally shot on the roof of Madison Square Garden. His murderer: enraged Pittsburgh millionaire Harry Thaw, who was married to one of the architect’s past teen paramours, Evelyn Nesbit.

When J.P. Morgan decided to build a new repository for his impressive book and art collections, he had passed over the flamboyant White and turned to his more proper partner, Charles Follen McKim. McKim, however, was already committed to overseeing a remodeling of the White House for President Theodore Roosevelt Jr. The Morgan and Roosevelt families were feuding at the time, and Morgan bribed McKim by offering lifetime funding of a pet project in Rome, Dodd writes. McKim continued his work for Roosevelt as well.

The four-room Morgan Library (now merged with other Morgan buildings) was far from McKim’s largest commission, but dealing with the mighty Wall Streeter brought on a nervous breakdown for the overwhelmed architect, according to Dodd.

It was just one example of the era’s titans using their buildings as weapons against each other. 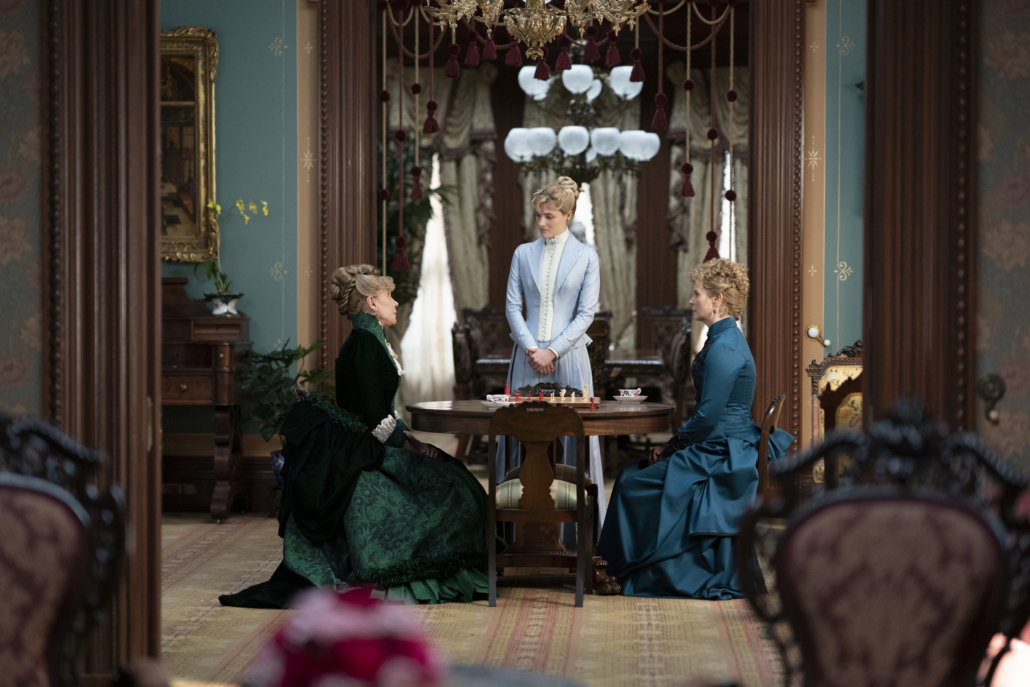 Christine Baranski as Agnes van Rhijn, Cynthia Nixon as Ada Brook, and Louisa Jacobson (standing) as their niece, Marian Brook, in a scene from episode six of The Gilded Age. Photograph by Alison Cohen Rosa/HBO

Dutch-born Joseph Raphael De Lamar, a mining magnate, purchased a double lot on the corner of Madison Avenue and 37th Street in 1902, a surprising move for a newcomer looking to make his way into high society since most of the wealthy had decamped north to a stretch of Fifth Avenue between 59th and 96th streets.

The draw for De Lamar? His lots were opposite Morgan’s brownstone, and Morgan had regularly rebuffed the newcomer in business. De Lamar hired architect C.P.H. Gilbert to make his the largest home in the neighborhood and one of the most spectacular in the city but, most importantly, it must literally cast a shadow over Morgan’s home, Dodd writes.

And it still does today, though De Lamar was never accepted into New York society, partly because his young wife was said to be too pretty to be tolerated by other married women, according to the book.

So what led to the Gilded Age’s decline? Many factors changed the mood, including the introduction of an income tax, World War I, a stock market plunge in 1893 and the antitrust bent of Theodore Roosevelt.

“The unparalleled joy was gone,” Dodd said. “In some ways, the elite who basically ruled the country were all of a sudden obsolete.”

Tribal and fine art to be offered at Beaux Auctions, Jan. 25 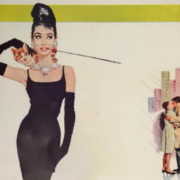 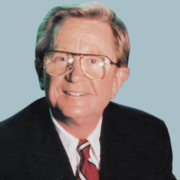 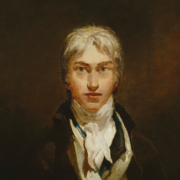 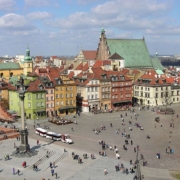 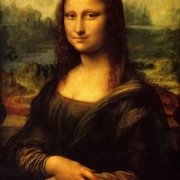 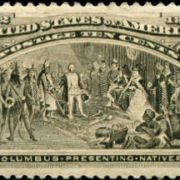 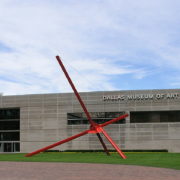