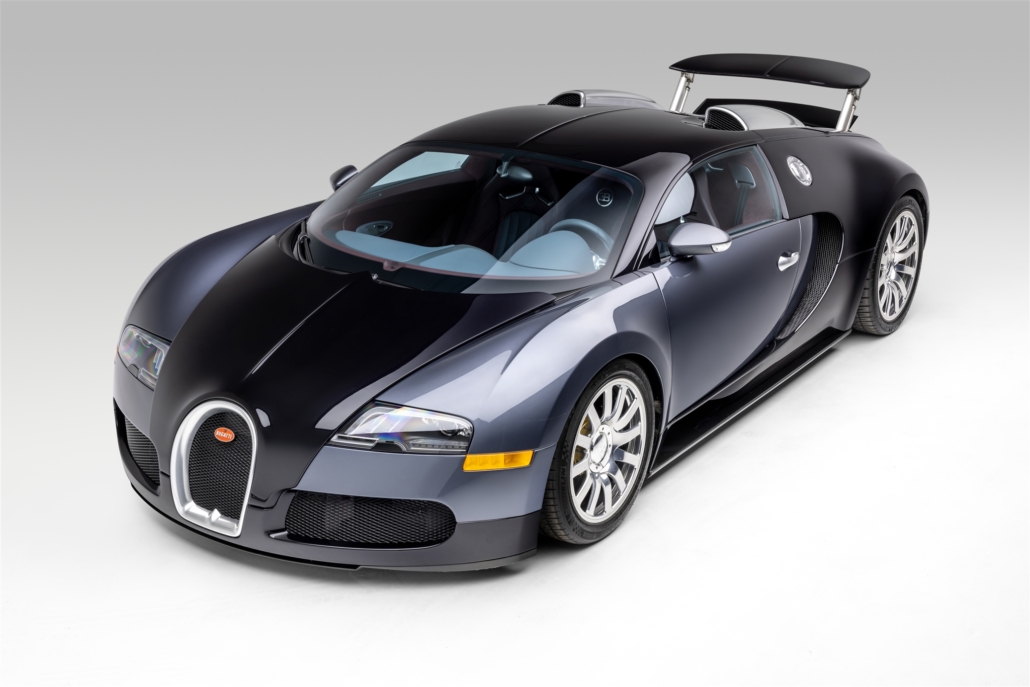 LOS ANGELES – In December, The Petersen Automotive Museum unveiled Hypercars: The Allure of the Extreme, a show of elite, sleek, absurdly fast and exceptionally expensive machines. The current display will remain until September 22, after which a second wave of vehicles will be installed and exhibited until May 14, 2023.

Although the term “supercar” first appeared in the 1920s, the modern notion of supercars was born in the late 1960s, when automotive marvels such as the Lamborghini Miura and the Shelby AC Cobra 427, capable of performance targets far exceeding anything that had come before, made their debuts. 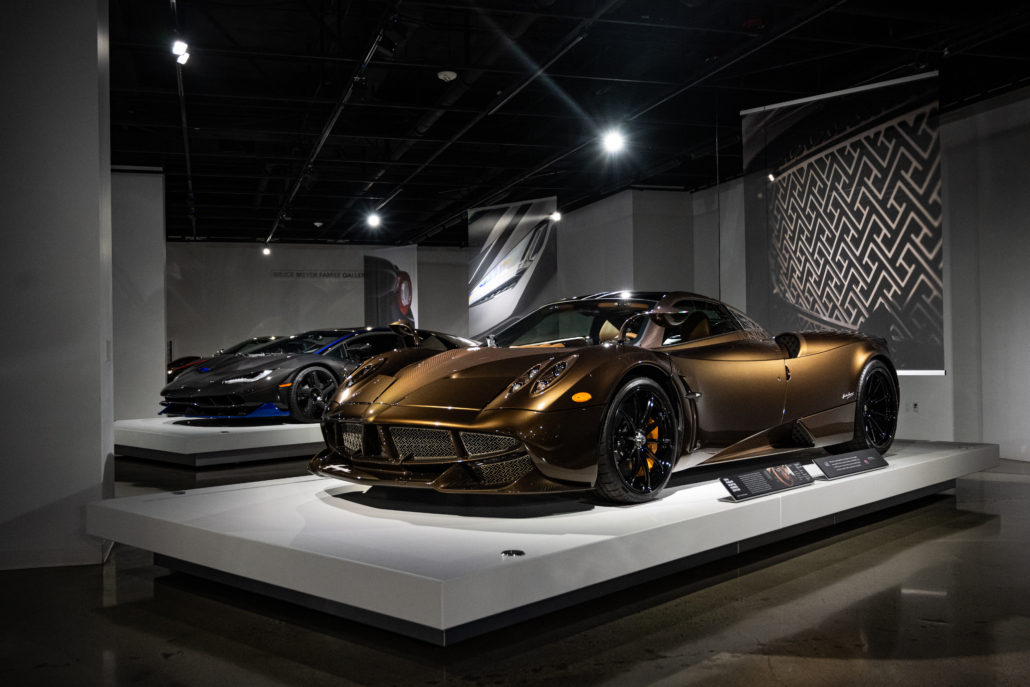 Installation shot from Hypercars: The Allure of the Extreme. Image courtesy of the Petersen Automotive Museum.

For the next several decades, the term “supercar” was applied to a handful of automobiles that occupied the top tier of excellence. And then, inevitably, a car came along that was so extreme — with supernatural performance and outrageous luxury — that it outshone all other supercars to date: the Bugatti Veyron of 2005. With its four-digit horsepower, seven-digit price tag, quad-turbocharged 16-cylinder engine, and top speed greater than 250 miles per hour, the Veyron topped the numeric bar set by earlier supercars, and the “hypercar” was born. 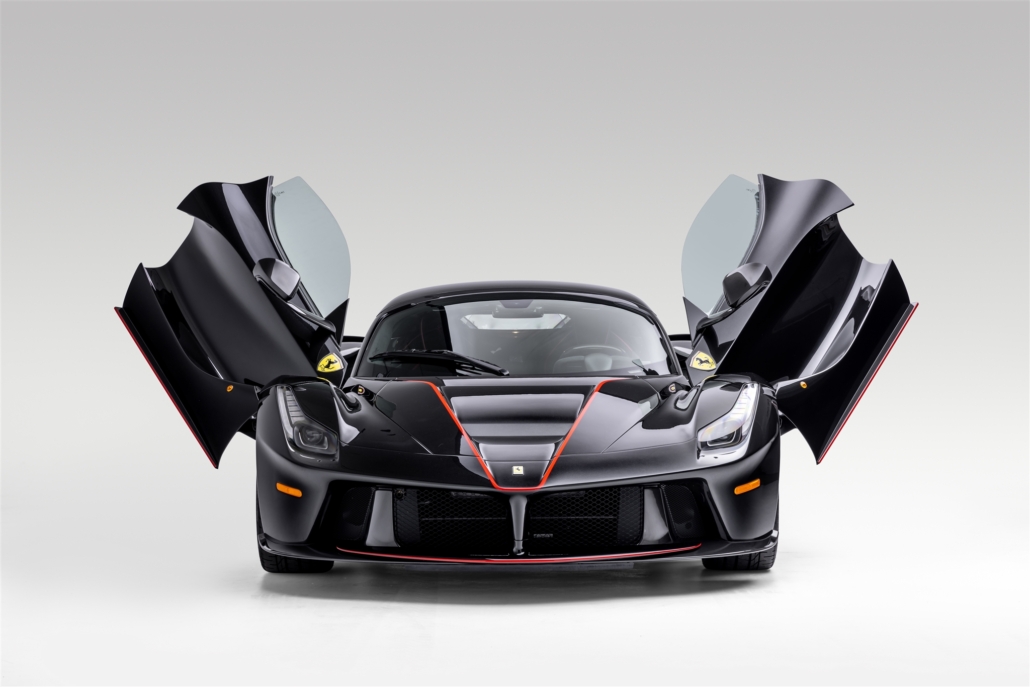 But what exactly is a hypercar? The definition is elusive and debatable. Metrics frequently associated with the hypercar include excessive top speed, upwards of 200 miles per hour; an abundance of horsepower, approaching or surpassing 1,000; rarity, with under a few hundred units produced; and a price tag exceeding one million dollars. 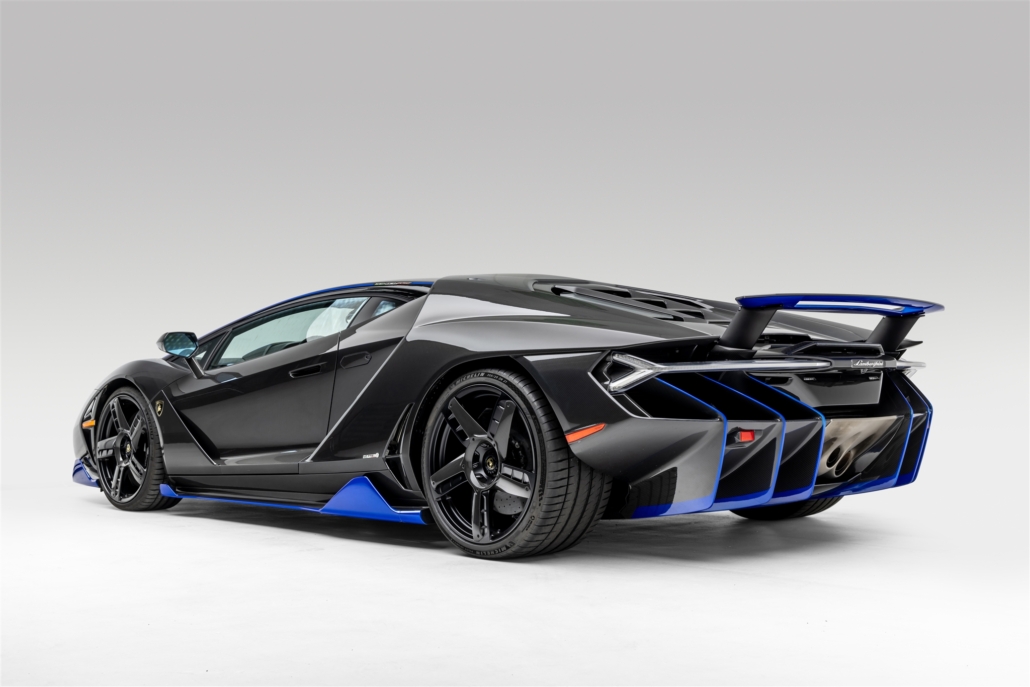 But none of these things alone, or even combined, definitively make a vehicle a hypercar. There is also an exotic look and a bespoke luxury that can bring the moniker to bear on an automobile. However subjective the definition may be, one thing is for certain: hypercars are all high-performance, highly styled, audacious, alluring and extreme. This exhibition features a selection of these rarified, ultra-elite vehicles, exploring their manufacture and their capabilities, and hinting at what greatness is still to come.

Visit the website of the Petersen Automotive Museum and see its dedicated page for Hypercars: The Allure of the Extreme. 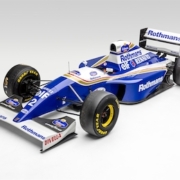 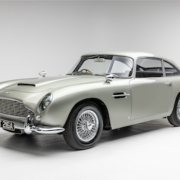