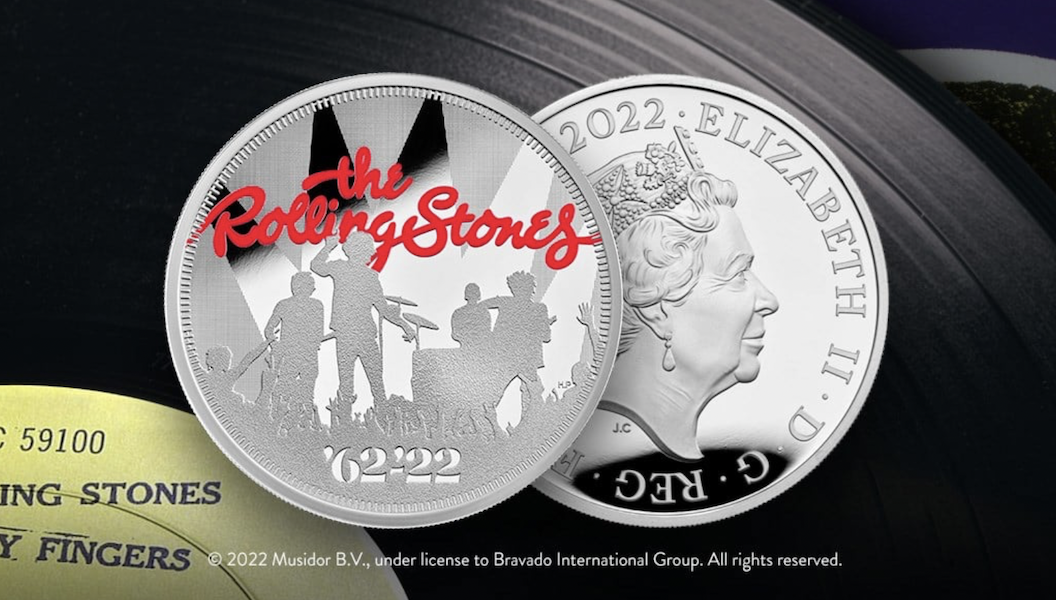 The British Royal Mint has created a commemorative coin to honor the Rolling Stones as the famed British band marks its 60th anniversary. Image courtesy of the Royal Mint; © 2022 Musidor B.V., under license to Bravado International Group. All rights reserved.

The new 5-pound ($6.04) coin features a silhouette image of the iconic band performing – frontman Mick Jagger, guitarists Keith Richards and Ronnie Wood, and the late drummer Charlie Watts – as well as the band’s name in what is described as their classic 1973 font. The mint said it was one of the last coins of the year to be released bearing the image of Queen Elizabeth II, who died in September at age 96.

The Rolling Stones were back on the road this year with their 2022 European Sixty tour, ending in Berlin in August. 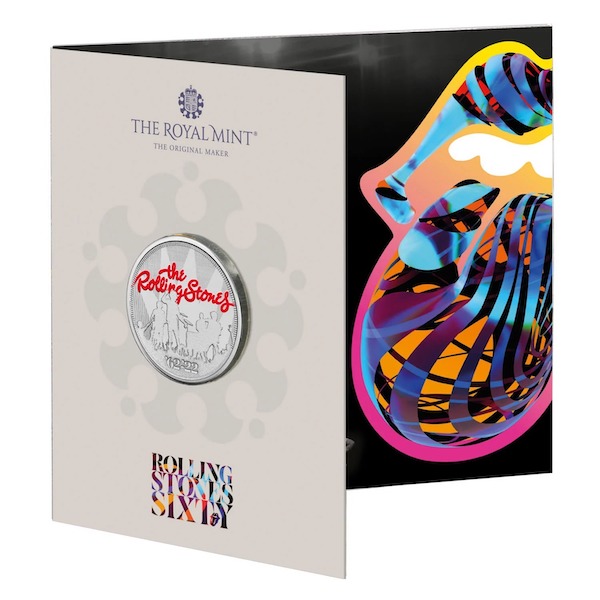 The Rolling Stones coin is the fifth release in the Royal Mint’s Music Legends series, joining previous honorees Queen, Elton John, David Bowie and the Who. Image courtesy of the Royal Mint

“We are delighted to be honored by way of an official UK coin,” the band said in a statement included in the Royal Mint’s announcement. “Even more significant that the release coincides with our 60th anniversary.”

The new coin is the fifth in the mint’s Music Legends series, which celebrates legendary British artists. Others so honored have been Queen, Elton John, David Bowie and the Who.

While the best things in life are free, as the Stones sang in their cover of the Motown hit Money (That’s What I Want), the coins will cost something. Similar coins on the mint’s website from the Music Legends series range from 15 pounds ($18.12) to 465 pounds ($561.92).

“Our Music Legends series is creating a new generation of coin collectors,” said Rebecca Morgan, director of collector services at the Royal Mint. “We hope this provides a fitting tribute to the band’s 60 years of rock and roll music for their millions of fans across the globe … The Rolling Stones are UK rock legends, and we anticipate this coin being incredibly sought-after by coin collectors and music lovers alike.

“The coin is also one of the last to be released bearing the effigy of Her late Majesty Queen Elizabeth II, marking a significant moment in history,” Morgan added in the statement. 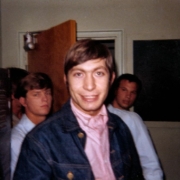