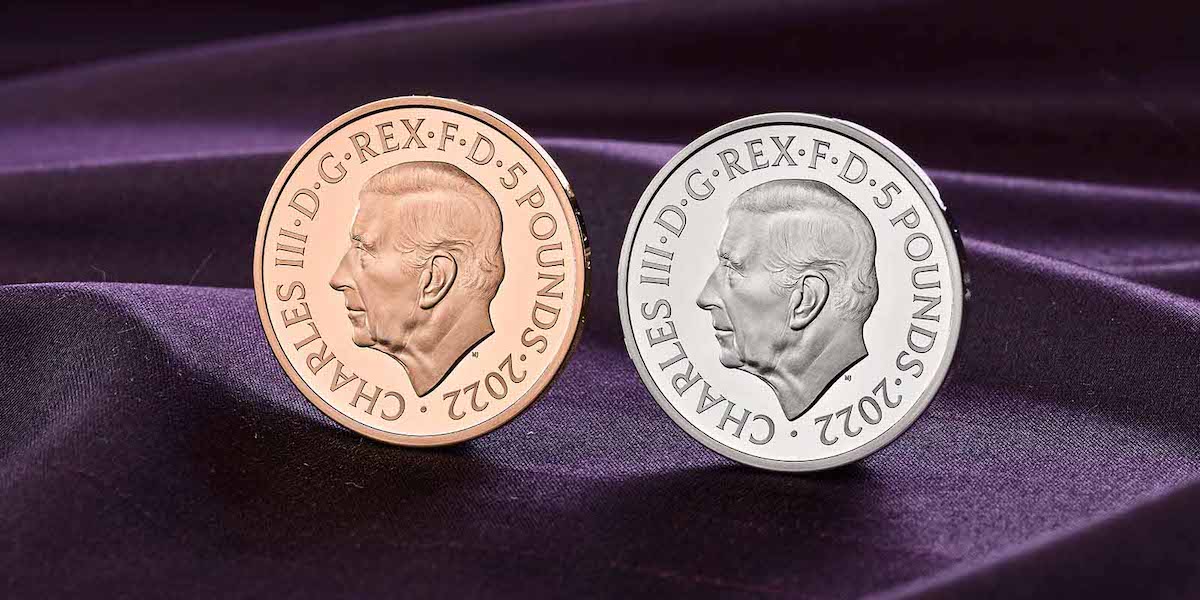 On September 30, the British Royal Mint unveiled the first coins that feature a portrait of King Charles III. Shown here is a 5-pound coin; a 50-pence coin picturing the monarch will enter circulation in December. Also, on October 3, a coin memorializing his late mother, Queen Elizabeth II, will be released. Image courtesy of the Royal Mint

LONDON (AP) – Britain’s Royal Mint has unveiled the first coins to feature the portrait of King Charles III. Britons will begin to see Charles’ image in their change from around December, as 50-pence coins depicting him gradually enter circulation.

The new monarch’s effigy was created by British sculptor Martin Jennings, and has been personally approved by Charles, the Royal Mint said September 30. In keeping with tradition, the king’s portrait faces to the left – the opposite direction to his mother’s, Queen Elizabeth II.

“Charles has followed that general tradition that we have in British coinage, going all the way back to Charles II actually, that the monarch faces in the opposite direction to their predecessor,” said Chris Barker at the Royal Mint Museum.

Charles is depicted without a crown. A Latin inscription surrounding the portrait translates to “King Charles III, by the Grace of God, Defender of the Faith.”

A separate memorial 5-pound coin remembering the life and legacy of Elizabeth will be released October 3. One side of this coin features Charles, while the reverse side features two new portraits of Elizabeth side by side. 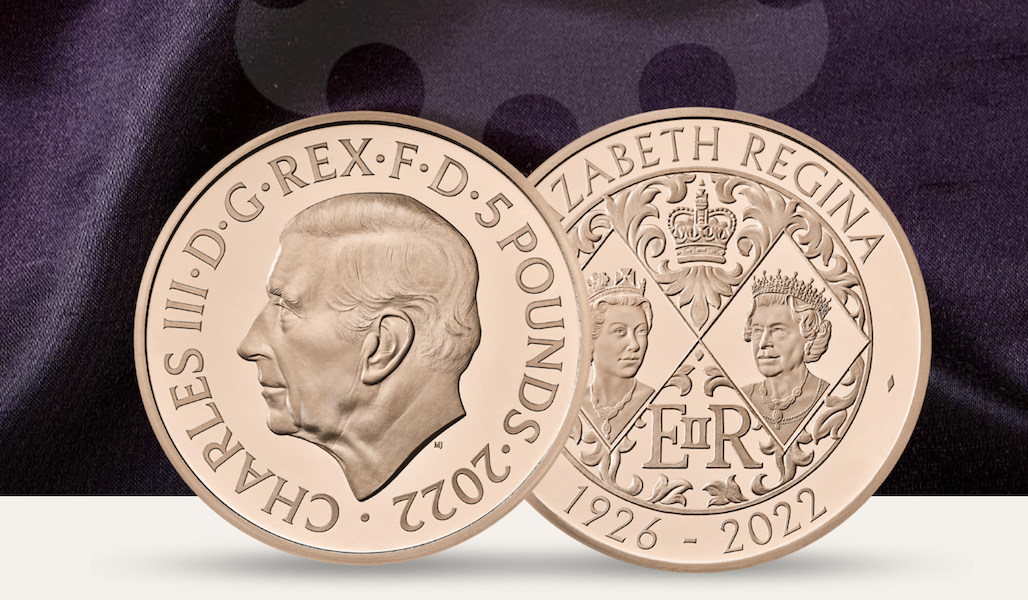 On October 3, the British Royal Mint will release a 5-pound coin depicting King Charles III on one side and his late mother, Queen Elizabeth II, on the other. Image courtesy of the Royal Mint

Based in south Wales, the Royal Mint has depicted Britain’s royal family on coins for more than 1,100 years, documenting each monarch since Alfred the Great.

“When first we used to make coins, that was the only way that people could know what the monarch actually looked like, not in the days of social media like now,” said Anne Jessopp, chief executive of the Royal Mint. “So the portrait of King Charles will be on each and every coin as we move forward.”

Jennings, the sculptor, said the portrait was sculpted from a photo of Charles.

“It is the smallest work I have created, but it is humbling to know it will be seen and held by people around the world for centuries to come,” he said.

Charles acceded to the throne Sept. 8 upon the death of his mother, Britain’s longest-reigning monarch, who died at age 96.

Around 27 billion coins bearing Queen Elizabeth II’s image currently circulate in the United Kingdom. All will remain legal tender and be in active circulation, and will be replaced as they become damaged or worn.

In a related story, the Professional Numismatists Guild (PNG), a nonprofit coin dealers’ organization based in Temecula, Calif., is warning collectors about so-called “pretender” coins depicting the new British king — coins issued by countries that are not part of the United Kingdom or the Commonwealth.

“The marketplace already has advertisements for coins featuring King Charles III that are made by or on behalf of countries that issue non-circulating legal tender money intended only for collectors, not to be used in circulation even in their own countries. These may be fine souvenirs but these pretenders to the numismatic throne may not be good long-term investments,” said PNG President Wayde Milas.

“Semi-numismatic coins or private rarities are sometimes minted by small island nations and packaged in special presentation boxes with certificates of authenticity. These pieces are sometimes touted by third-party marketers as good investments because of their theme or restricted low mintage. While occasionally some of these do appreciate in value, the majority of these modern issues, including some produced by the United States Mint, have ended up valued below their issue price, leaving the owner with an expensive box and certificate,” explained Milas.

“If you like the subject or theme represented by these coins, admire the beauty of the design, or would like to own them as a souvenir or to show support for their cause, then buy them. However, if you hope it might actually go up in value then you’re probably better off avoiding this type of material,” he advised.

For additional information about collectible coins and the issues that can affect their value, visit www.PNGdealers.org or call PNG headquarters at 951.587-8300.