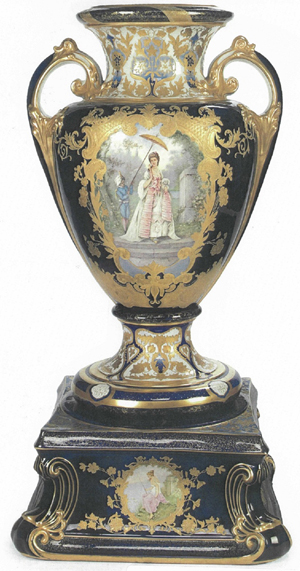 TRENTON, N.J. – This year’s Trenton Ceramics Symposium, titled Trenton Potteries Company: Art and Commerce, will examine the history of Trenton Potteries Co., with special emphasis on the four monumental vases made for the company’s display at the 1904 St. Louis World’s Fair. Additionally, the event will focus on the firm’s many imaginative decorative wares that were made in the 1930s and 1940s alongside the sinks and toilets for which the company was famous.

As in the past, the annual symposium is being organized by the Potteries of Trenton Society (POTS) and co-sponsored by the New Jersey State Museum and Trenton Museum Society. The symposium will be held Saturday, April 28, 2012 in the Auditorium of the New Jersey State Museum on West State Street, Trenton. The program will begin at 10 a.m. with a Continental breakfast available beforehand. The registration table will open at 9:00.

The Trenton Potteries Company was organized in 1892 as a consolidation of five Trenton sanitary factories, including Crescent (established 1881), Delaware (est. 1884), Empire (est. 1863), Enterprise (est. 1880) and Equitable (est. 1889). A sixth factory, the Ideal, was built later. Together these potteries became the world’s largest producer of sanitary and general wares.

An exhibit sent to the Paris Exposition of 1900 by Trenton Potteries Co. was awarded two gold medals. For the 1904 St. Louis World’s Fair, known as the Louisiana Purchase Exposition, the company conceived a grand scheme to advertise its faultless porcelain body by presenting it in the form of four lavishly decorated monumental vases, each standing nearly five feet high. The decorative design engaged Trenton’s leading modelers, decorators, gilders, and enamelers as a demonstration of the skills available in the city’s ceramic industry. Today, these vases belong to four museums, including the Newark Museum, Brooklyn Museum of Art, Trenton Museum Society (Ellarslie), and New Jersey State Museum.

The example at Ellarslie was rediscovered and acquired only recently (for more information on this vase, see www.ellarslie.org/about/news/vase.htm). In the 1930s, the company saw commercial advantage in making artwares again when it produced Art Deco-style vases and novelties along with its toilets and sinks.

The symposium will begin at 10 a.m. and include four speakers. David Conradsen, Curator of Decorative Arts & Design at the St. Louis Art Museum, will survey art ceramics shown at the St. Louis Fair in 1904. Collector Bob Cunningham will examine the history of the four vases. After lunch in the New Jersey State Museum galleries, visitors will have an opportunity to examine the famous Trenton Vase.

Ulysses Dietz, Curator of Decorative Arts at the Newark Museum, will discuss the exhibition history of Newark’s big vase from the time it entered the collection in the 1950s, exploring the nature of ceramic art as interpreted by one of the nation’s leading art museums. To finish the program, Tom Rago, author of Collector’s Guide to Trenton Potteries (Schiffer, 2001), will talk about the art wares produced in the 1930s and 1940s. A reception following the formal talks will be held at Ellarslie, the Trenton City Museum where this museum’s large vase is on view.

The symposium is open to the public.  The registration fee is $35 if paid by April 13. Members of the Potteries of Trenton Society, the Friends of the NJ State Museum, and the Trenton Museum Society may attend for $30, if paid in advance.  Everyone who pays at the door will be charged $40.  Registration includes all lectures, lunch, and the Ellarslie reception.  A mail-in registration form may be downloaded and printed from POTS website:  www.potteriesoftrenton.org; or interested parties may contact POTS President Patty Madrigal at 609-695-0122 or president@potteriesoftrentonsociety.org. POTS does not take credit cards, but checks are welcome. 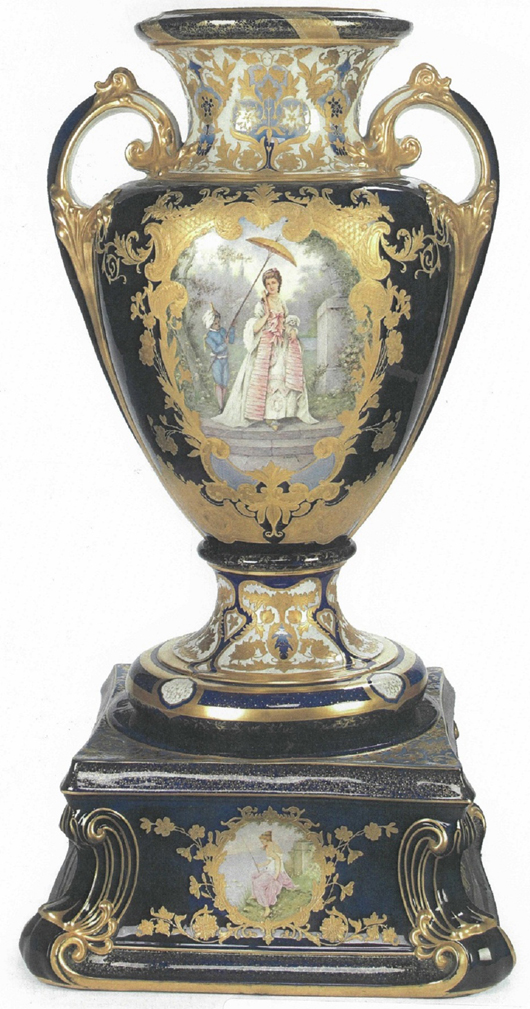 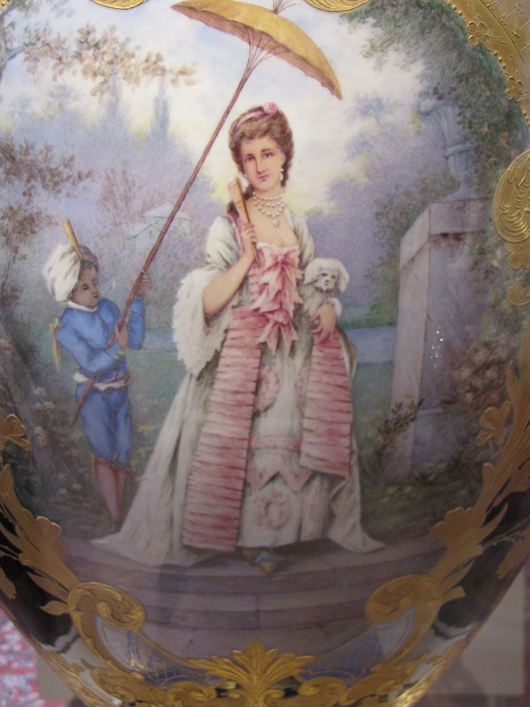