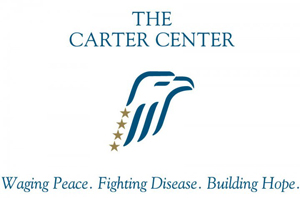 ATLANTA – An original painting by former President Jimmy Carter is among more than 150 items that raised more than $841,000 at an auction to benefit the Carter Center.

The painting by the ex-president got the highest bid, bringing in $150,000, at the Saturday auction held during the Carter Center’s annual Winter Weekend event in Port St. Lucie, Fla.

Organizers say the annual event is a critical source of support for the not-for-profit center’s international work to advance peace and health. The Carter Center is based in Atlanta.

Other items auctioned off to benefit the center included historic memorabilia from Carter’s presidential campaign and a baseball signed by Carter and three other former presidents: Gerald Ford, George H.W. Bush and Bill Clinton.