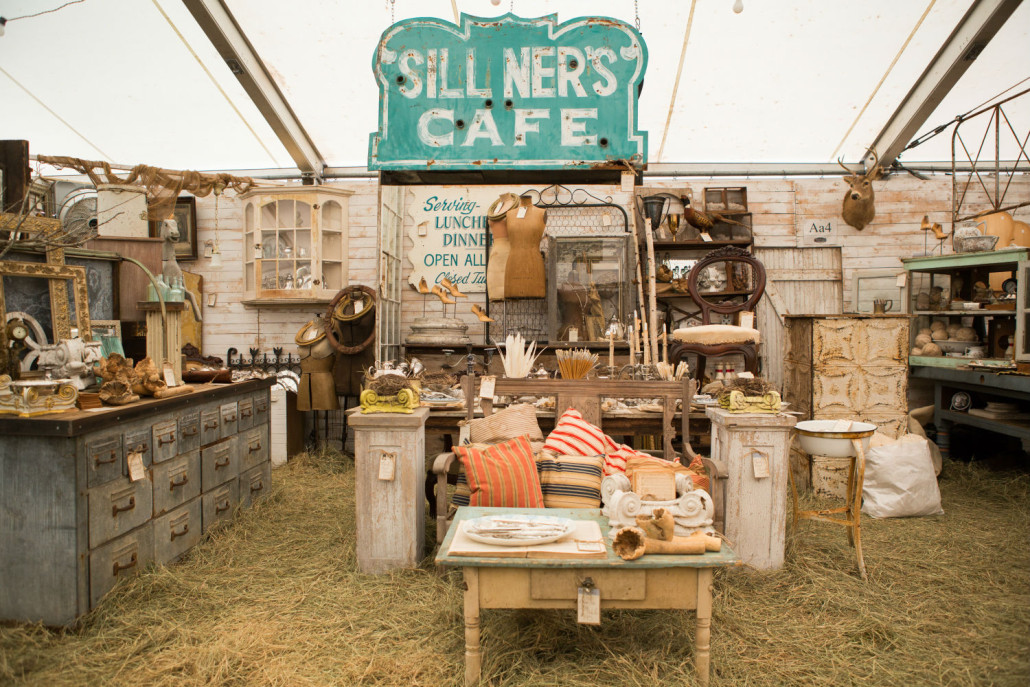 Industrial, farmhouse and early American antiques were on the lists of many customers at the fall show. Marburger Farm Antique Show image

ROUND TOP, Texas – They arrived with blueprints, tape measures and lists. These are the planners who greeted old friends and made new ones at the Marburger Farm Antique Show this fall in tiny Round Top.

“One shopper was measuring a pair of antique doors, looking at her list and on the phone to her builder. She came with a plan,” said Spencerport, N.Y., exhibitor Patrick Kenny of South Porch Antiques. And she bought the doors.

Kenny also came with a plan. “We draw out a full floor plan for the booth and we also plan our buying for particular customers who come to Marburger every time. With their best fall sales ever, South Porch sold early industrial, farmhouse and other American antiques such as a baker’s counter with a full front of galvanized drawers, an 1850s butcher table from Saratoga, N.Y., and a general store counter that came directly from an Indian Falls, N.Y., general store, going directly to a new store in Waco, Texas.

Interior designers must both plan and successfully execute plans. Texas designer Leslie Phillips-Greco of Round Table Design arrived with a color-coded chart of clients and the furnishings needed for each client’s project. Check, check, check, went her pen as she stormed through the show, fulfilling the plans for multiple homes in one shopping venture.

A truck arrived later in the week to gather it all up for delivery to lucky homeowners.

The 350 dealers at Marburger Farm welcomed many designers, including the Design Dream Spree that brought four A-list designers to the best-dressed cow pasture in Texas. The four included Barry Darr Dixon, Mary Douglas Drysdale, Kevin Isbell and Michelle Nussbaumer. They were guided through the show by host Texas designers Julie Dodson of Houston and Ike Isenhour of Dallas.

“I’ve never seen so many shoppers with tape measures and architectural drawings,” said exhibitor Nicola McCullough of Sold on Dixie in West Palm Beach. One shopper measured an Arthur Court faux antler table in aluminum that perfectly fit the plans. Others took home a mix of 18th century to mid-century modern antiques and art, including a huge globe, a 6-foot iron flower cart, a pair of Milo Baughman swivel chairs and a pair of old Murano lamps by Flavio Poli. Her favorite was a 4-foot-wide pop art pair of Lucite red lips to hang on a wall. Originally from Scotland, McCullough reported that “The Texans were so friendly. I just loved the show.” She intends to prepare for the spring Marburger Farm show by scouring all of London and Paris. “I will certainly be back.” 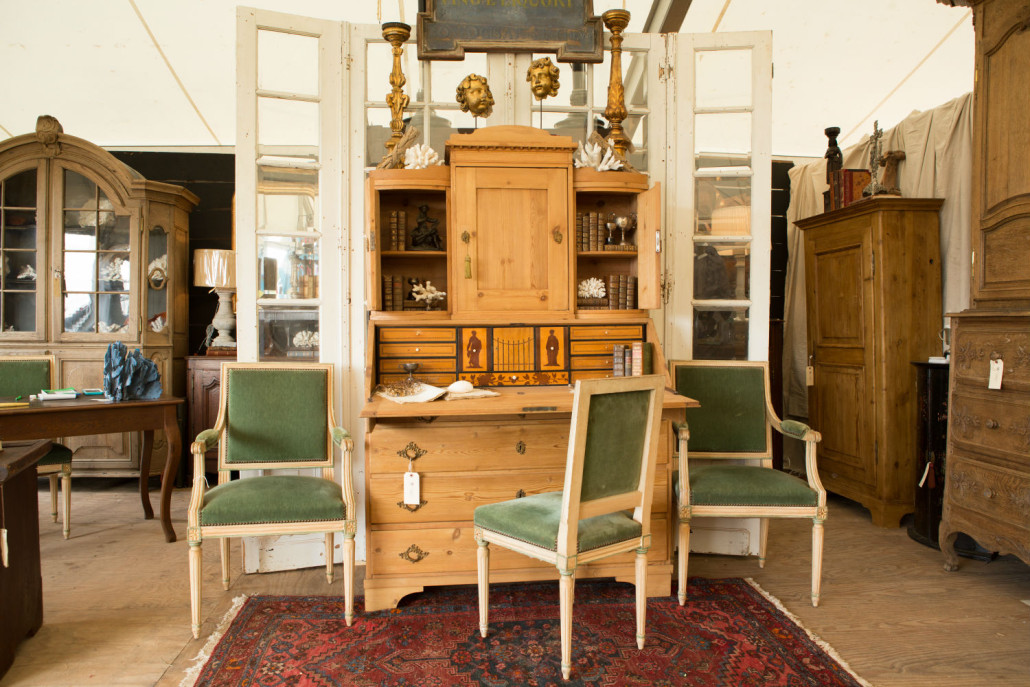 Stunning antiques in nature inspired hues were found around every corner at the show. Marburger Farm Antique Show image

Plan to be at the 20th year anniversary of the twice-yearly Marburger Farm Antique Show on Tuesday, March 28, through Saturday, April 1.

Bold and fresh Americana to be sold at Jeffrey S. Evans auction Nov. 12
Scroll to top