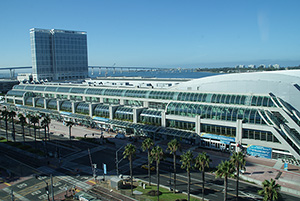 SAN DIEGO – It’s the day before Preview Night at Comic-Con International: San Diego. Over the last few days, San Diego International Airport has bubbled quietly with the steady influx of vendors from comic book and original comic art dealers to movie studio minions, all of whom arrived early to set up booths, finish presentations and sweat the last minute details before the opening of the largest pop culture convention in North America.

Today, though, that steady stream will turn into a deluge. Starting tonight and then through the next four days, a tidal wave of fans will cascade through the airport, through the beautiful old Santa Fe rail station and across the interstate highways into downtown San Diego, where the event simply takes over the city.

As recently as 1994, when the San Diego Convention Center was half its present size, there was actually another convention going on at the same time. Its attendance reported at about 30,000 over the course of the convention.

Even though the convention center has doubled in size since then, the show’s attendance has been capped in realm of 130,000 for several years now. Events have expanded to include the hotels on either side of the convention center. By late afternoon Pacific Time, the fashionable, pedestrian-friendly Gaslamp Quarter will team with walkers headed to and from the hall. Area restaurants will have unpleasant wait-lists.

The attendance cap continues to be cause for concern to many. San Diego is scheduled to break ground in Spring 2015 on a major expansion of the facility as Comic-Con’s dominance of the field is not as crystal clear as it once was.

Over the last few years, it’s become clear the ReedPop’s New York Comic Con will give San Diego a run for its money in terms of attendance. Both conventions are just about maxed out due to their present facilities, but San Diego seems to have figured out a path forward while Manhattan’s Jacob Javits Convention Center and government officials thus far have offered little in the way of solutions.

In terms of influence and staying power, the title is not yet really up for grabs. San Diego remains king.

Wednesday’s activities will occur mainly on the show floor, as fans take in displays and see what the vendors have to offer. Traditionally, Preview Night, which is theoretically exclusively for the attendees who purchased admission to the four full days, Thursday-Sunday, has only limited panel activities.

This year’s Wednesday night activities focus on sneak peeks for four television properties based on DC Comics characters (the pilots for the live action shows The Flash, iZombie and Constantine, and the return of animated Teen Titans Go). 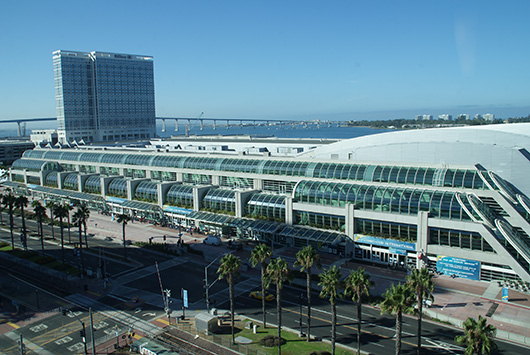 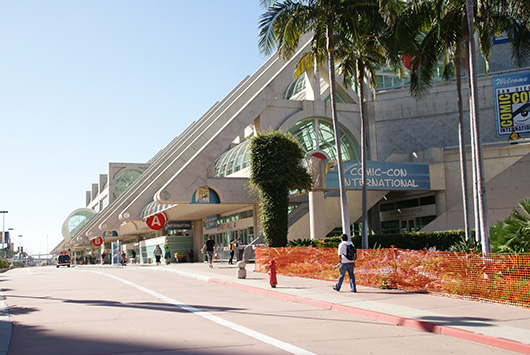 When the show opens around 6 p.m. (it’s always a bit earlier, but that’s the posted time), wide open walking space in front of the San Diego Convention Center are a distant and enticing memory. Photo by D.G. Amas.

For many celebs, Comic-Con an annual pilgrimage