Heroes and Comics Night will come to AT&T Park on Saturday, June 7, 2014 at 7:05 PDT as the Giants take on the New York Mets. Various components centered around popular comic book heroes will take place throughout the game, and all fans are encouraged to dress up as their favorite comic book characters.

In addition to the game itself, the special event ticket package includes a collector’s-edition bobblehead figure of “Courageous Catcherman,” former Marvel Comic impresario Stan Lee’s interpretation of Giants catcher Buster Posey. Lee, the creator or co-creator of characters ranging from Spider-Man and the Fantastic Four to The X-Men and Iron Man, will throw out the Ceremonial First Pitch.

Lee will also take part in a special pre-game VIP experience in the Triples Alley Premium Space at AT&T Park. Each VIP-ticket holder will receive admission to the Triples Alley Premium Location 4:35-6:35pm, complimentary food and beverage (including beer and wine), the “Courageous Catcherman” bobblehead, and a limited-edition Stan Lee vinyl figurine, only available to ticketholders of this VIP offer.

This VIP experience and the Triples Alley venue includes on-field access from which to watch batting practice, early access to the ballpark, and at the conclusion of the pre-game event, a walk along the warning track on the field to get to your seats for the game. Special tickets are required for this event and space is limited.

Additional details for the event will be available on the Giants’ website as the event’s date draws closer. A portion of proceeds from every Heroes and Comics Day Special Event ticket will benefit local non-profits in the Bay Area.

Our thanks to Scoop (www.scoop.diamondgalleries.com) for sharing the information and images shown here. 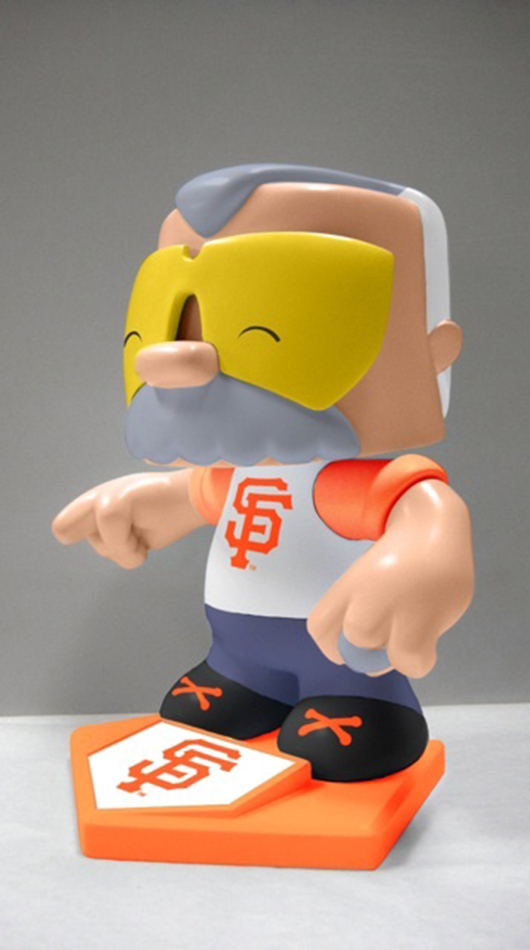 Limited-edition Stan Lee vinyl figurine to be given to each VIP ticketholder at the San Francisco Giants Heroes and Comics Night, June 7, 2014. 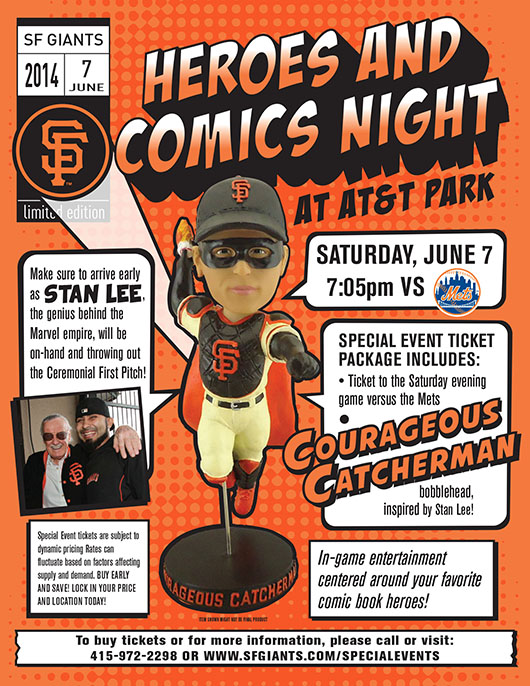