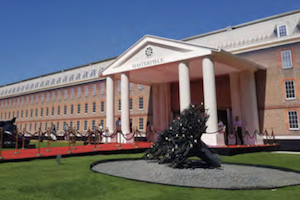 Arts & Antiques Fair Olympia (left) has been scrapped for summer 2023, while Masterpiece London (right) has been shelved for this year. Images shared by Antiques Trade Gazette

LONDON – The 2023 edition of Masterpiece London and the summer Art & Antiques Fair Olympia have both been cancelled, leaving a crater in the British capital’s summer season. Dealers are now scrambling to find alternative selling strategies as they face a compressed calendar of fairs.

The scrapping of Masterpiece was met with shock. The high-end luxury event founded in 2010 reported buoyant results last year. Olympia, founded in 1973, had struggled to live up to its historic reputation for years. Even so, it is mourned by a loyal base of dealers. The collapse came quickly with the shuttering of summer Olympia announced just six days after that of Masterpiece. Winter Art & Antiques Fair Olympia is set to continue, its next run scheduled for October 30-November 5. Olympia cited rising costs, as did Masterpiece, but also a lack of dealer commitment. Organizer Mary Claire Boyd of Clarion Events told London’s Antiques Trade Gazette: “Calling off the summer fair is an important decision that was not made lightly. We are also conscious that it affects the dealers who had committed. It gives them time to make alternate plans.”

Most of the traders who took part in the two events (last summer that number totaled nearly 250) will find no alternative for June. Other fairs are available but fall outside the traditional London high season. The main summer trade event is now London Art Week, which consists of in-gallery events.

Gavin Morgan of Morgan Strickland Decorative Arts, a regular at Art & Antiques Fair Olympia, said: “The closure of the summer Olympia fair will leave a massive hole in the antiques calendar. For years it was a major focal point of the year and always a good barometer for the health of the antiques trade in general. It was a good international draw and helped maintain the UK as a driving force in the antiques world.”

Fairs have been central to the London summer season for decades, starting with the Grosvenor House fair, founded in 1934. During the warmer months wealthy international buyers traditionally descend to snap up art and antiques and make the most of London’s social calendar.

Morgan said: “It is a worry that without these major internationally esteemed fairs London and the UK will lose its prominence as a driving force on the world stage.”

There are hints that Masterpiece exhibitors might take matters into their own hands. Martin Levy of H Blairman & Sons, says: “It is very early days since the bombshell revelation. But already exhibitors are putting their minds toward possible alternatives.”

Fellow exhibitor Lewis Smith of Koopman agreed. He said: “My first reaction was that I was very upset and disappointed. I couldn’t believe it. But my second thought was something new will happen. Out of adversity, when something bad is forced upon you, you find some good out of it. Something new will emerge. The dealer network is already discussing things but of course it is very early stages.”

There is a precedent for a dealer-led event in Masterpiece itself. Simon Phillips of Ronald Phillips was among the founding members and emphasized that it was crucial to the market. 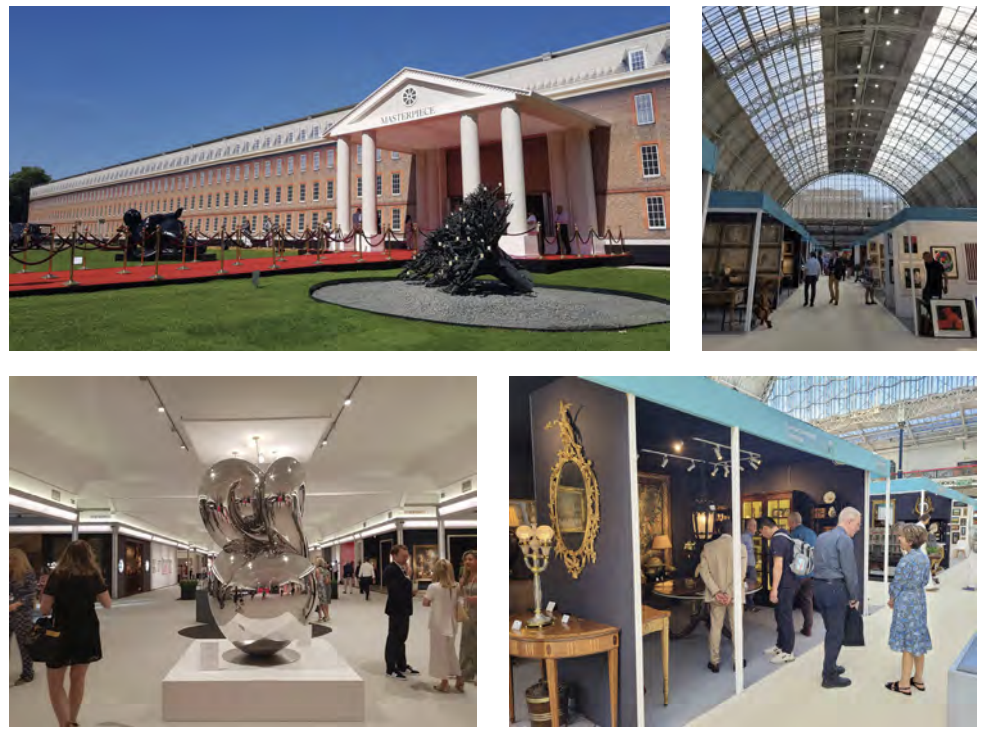 “I am sad as can be. I am devastated and it is a hell of shock,” he said. “As founders we found out along with everybody else. We had no idea. London has got to have something in June.”

Fellow founder Thomas Woodham-Smith (when he was at Mallett) and Harry Van der Hoorn of Stabilo now run The Open Art Fair (TOAF).

Woodham-Smith said that Masterpiece was launched “to be a service to dealers” rather than a “cash cow” for organizers. While he added that the door was “wide open” for exhibitors seeking a fair, he cautioned that TOAF was a different animal to Masterpiece, smaller and at a different time of year.

He added: “You only have to look at the corrections in the Contemporary market to see there is a massive sea change ahead. I can’t remember a time when the summer was this empty.”

Luce Garrigues, director of London Art Week, stressed that the London summer season would continue in strength even if the “rhythm” changes. She said: “Late June and early July remains an ideal time to visit the capital for buyers of classic and Old Master art,” thanks to the programme of in-gallery events and auctions.

There were those, such as Morgan, who voiced a hope that the fair would return. This was echoed by Freya Mitton, who has stood at Olympia. She hoped that a strong winter edition would entice exhibitors back. Charis Tyndall of antiquities dealer Charles Ede and Allan Hatchwell of Hatchwell Antiques, both of Masterpiece, said they thought the fair could and should return at some point.

Even so, the future looks complicated.

S&S Timms has been a longstanding supporter of Olympia. Owner Robbie Timms, who started attending the fair when his parents ran the firm, remembers better days.

“Of course, recent editions have sadly not been what they once were, despite the incredibly hard work and undoubted dedication to the cause of Mary Claire Boyd, but it’s always been kind to us and will be sorely missed on both a business and personal level,” he said. “In terms of any plans to replace it or manage the loss from our own business perspective I guess I will need a little time to process and look at other options.

“That said, as I have mentioned before, Olympia was, and still is [in terms of the remaining November version] by far the best value for money London fair for dealers at our level and realistically the other obvious options out there are well outside of a price point we are comfortable with for the size stand our business requires.”

Boyd told Antiques Trade Gazette (ATG) that stand prices for the scrapped summer Olympia topped out at around £410 per square meter.

Remaining fairs include the three annual Decorative Antiques & Textiles Fairs at Battersea and various events from Antiques Dealers Fairs Limited, Cooper Events and Galloway Fairs. The Open Art Fair and the LAPADA Art & Antiques Fair are set to return this year too. Then there are specialist art events such as British Art Fair and Connect Art Fair. In the autumn high-end fairs such as PAD London and Frieze/ Frieze Masters are scheduled to proceed.

There are two points worth noting. First, only one of these events (Cooper Events’ Pavilions of Harrogate Decorative, Antiques & Art Fair in June) runs between May and September.

And recently, mapping out the calendar has been a risky proposition.

Since October there has been a string of event cancellations, both large and small. Chelsea Antiques Fairs, Art & Antiques for Everyone – which once ran three times a year at Birmingham’s NEC – the Alexandra Palace Antiques & Collectors Fair from IACF and the Antique Home & Vintage Fair in York have all vanished.

Mark Goodger, a former exhibitor at Chelsea, the NEC and (historically) Olympia, is among those assessing his options. He called for trade associations BADA and LAPADA to cooperate on a new event perhaps outside London. “I’ve got my diary open in front of me and all my fair dates have crosses over them. It’s hard to know what the future holds.”

Hatchwell, meanwhile, urged optimism. “People need to pay attention to dealers and dealers’ websites, so keep opening your newsletters,” he said. “You can’t see 500 [dealers] at once, but there are still good things out there.

“We’re not crumbling because we’re not doing the fairs. We do it because we enjoy it, but it’s not the be all and end all. The better fairs will regroup and come back stronger.”

This article originally appeared in Antiques Trade Gazette. Visit ATG online for updates on the London show scene and other up-to-the-minute antiques and auction trade news from Europe.