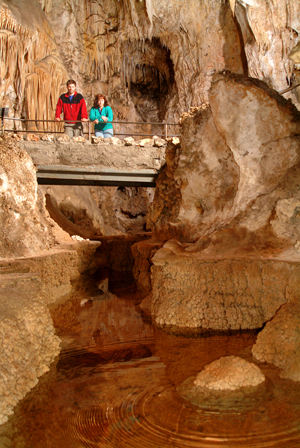 CARLSBAD, N.M.(AP) – Wearing white gloves, Carlsbad Caverns National Park Superintendent John Benjamin carefully drew items out of a box. Like a child at Christmas who has received a prized gift, he can barely hold back the excitement he feels each time he picks up an item from the box.

The objects of his excitement were well-preserved letters, diaries of daily life at the park from 1929 though 1949, and never-before-seen photos, prints by renowned artists and yellowed Carlsbad Current-Argus newspapers chronicling the park’s rise to greatness as a national treasure and Col. Tom Boles, the park’s first superintendent.

“This is stupendous. There is so much here. It exceeds our wildest expectations,” Benjamin said. “Everything in these two boxes is original. They are not copies. We have a lot in our archives about the early years of the park, but nothing like this. These things are priceless.”
For 40 years, the items were stored in the attic of Jim McGuire’s Alabama home. McGuire’s mother, Margaret McGuire, was the only child of Boles.

For years, McGuire said he intended to donate the items to the park but never got around to it.

Then, in January, McGuire’s son, Bo, a student at Arizona State University, decided to stop at the park on his way home to Alabama to see the caverns.

“I had always heard about the caverns and how my grandfather played a hand in its development. It was a family legend,” Bo McGuire said. “I had never been to the caverns, so I thought it was time I visited. I was not disappointed. It was wonderful. What was really great was that everyone at the park still knew my great-grandfather’s name. When I went up to the information desk at the park, I introduced myself and explained who I was related to. The lady at the desk told me to wait. She then put me in touch with David Kayser (park cultural resource manager). I put him in touch with my dad, who took it from there.”

Jim McGuire said he inherited the memorabilia from his mother. His grandfather died at the age of 92 in 1973 in Carlsbad.

McGuire said after his son put him in contact with Kayser, plans were made to donate the memorabilia.

“We are taking our son back to school in Arizona (after the spring break) and decided to stop in Carlsbad to donate the items my grandfather had accumulated during the time he was superintendent. I know this is where they belong. The park will take very good care of them.”

Jim McGuire’s wife, Susan, said Bo was named Ashley Boles McGuire, but has always been called Bo in honor of his great-grandfather.

“This is an exciting day for our family, especially for Bo. His dad has told him a lot about his grandfather and the work he did as the park’s first superintendent. He finally was able to come here to see for himself his great-grandfather’s legacy.”

As the McGuire family chatted with park historians, other park service employees left their desks to see what all the excitement was about. They, too, were amazed at the collection.

Benjamin, still brimming with excitement, reached for a framed photo with cracked glass.

“Oh boy, look at this. Do you know who this is? This is truly priceless.”

The man sitting behind a desk in the photo autographed to Boles is Horace Albright, a conservationist who was a cofounder and second director of the National Park Service. The 1929 photo was taken shortly after Albright was appointed National Park Service director. Albright and Boles were friends.

During Albright’s four-year term as director, he fought successfully for establishment of three national parks: the Great Smoky Mountains, the Grand Tetons and Carlsbad Caverns.

In 1981, Albright was awarded the Medal of Freedom, the nation’s highest civilian honor, for being instrumental in convincing Congress to pass legislation that established the National Park Service in 1916.

Albright left the Park Service in 1933 to join the United States Potash Co. in Carlsbad and served as president until he retired in 1956. However, he continued to remain active in park and conservation issues. He died in a Los Angeles nursing home at the age of 97.

Bob Hoff, Carlsbad Caverns historian, said Boles left the park to take a position at Hot Springs National Park in Arkansas. He officially retired from the Park Service in February 1951 and moved back to Carlsbad to join the publicity department of the United States Potash Co. as a part-time employee.

Benjamin said the park is in the process of hiring a contractor to develop an exhibit plan for the park. Once a plan is in place, the park will move forward with putting together exhibits for public viewing.

“Col. Boles was very influential as the first superintendent at Carlsbad Caverns. We will certainly have an exhibit relating to him and his work. This collection donated to the park by his family is really awesome. I can’t wait to start reading a lot more of Col. Boles’ diaries. I can’t believe the good condition they are in. They have been well preserved.” 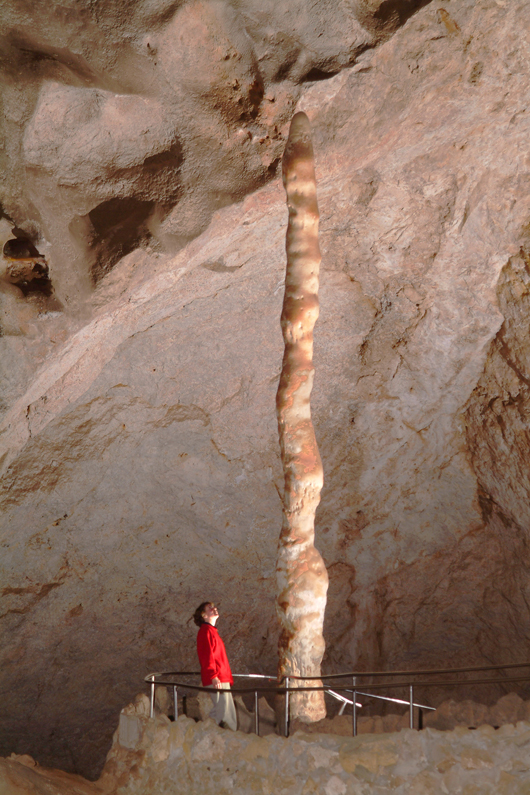 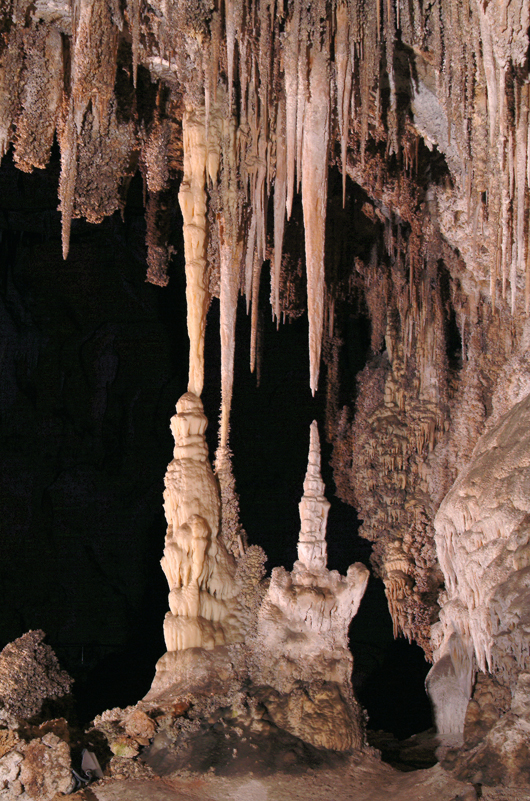