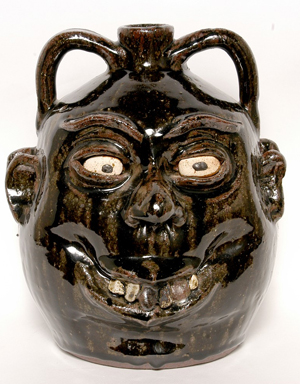 NORCROSS, Ga. – Folk Fest – billed as the World’s Greatest Self-Taught Art Show and Sale – will celebrate 17 years in Atlanta with a three-day show slated for Aug. 20-22 at the North Atlanta Trade Center. Nearly 100 galleries and dealers will exhibit at the air-conditioned, 85,000-square-foot facility. Norcross is located north of Atlanta, off exit 101 of I-85.

Visitors will arrive from around the country to see what’s hot in the world of folk art. Folk Fest is where museums, prominent galleries, serious collectors and major art publications make their new discoveries. Attendees – ranging from housewives to Hollywood producers – will find items priced from a $5 starter piece to a $50,000 museum masterpiece.

Since its inception in 1994, Folk Fest has become the largest and most important event in the burgeoning folk art genre. Participating galleries and dealers from across the United States, Canada, Mexico and Europe – all specializing in self-taught art, outsider art, Southern folk pottery, antique folk art and anonymous works – have regularly attracted 12,000 people or more.

As with previous Folk Fests, this year’s show will kick off with a Friday night meet and greet with the artists. Attendees of past events have mixed and mingled with some of the biggest names in folk art: Woodie Long, Charles Lucas, Cornbread, Michael Banks, Chris Clark, Willie Jinks, Mary Proctor, Ruby Williams, Michael Crocker, the Meaders family and many others.

Folk Fest has been staged from the start by Steve and Amy Slotin, owners of Slotin Folk Art, based in Gainesville, Ga. The couple regularly holds folk art auctions in Buford, a bit farther north from Norcross, in addition to Folk Fest. It was Steve who got the folk art bug first, when he ran across an ugly Lanier Meaders face jug near his childhood summer camp in Cleveland, Ga.

“I discovered there were primitive forms of pottery and art all over the South,” Steve said. “These incredible pieces were created by housekeepers, janitors, factory workers, farmers and house painters. They created art, but had very little formal education at all. They used found materials – rusty metal, stray sticks, discarded objects, leftover house paint, mud.”

The art was pure and honest, beautiful in its simplicity and embodying the best the South had to offer. Slotin knew he’d found a treasure in his own backyard the day he saw that first face jug. He created Folk Fest to share it with the world. He advertised the very first event in a prominent folk art magazine, without a show date, a venue or even a single exhibitor signed up.

“I took this enormous leap of faith,” he said, “believing that if I could just share this primitive art, this local treasure with others, they would appreciate it as much as I did.” His gamble paid off. Exhibitors signed up and on opening night 6,000 people packed the auditorium. Over the course of its 16-year history, Folk Fest has doubled in size and attendance.

Slotin said that, despite folk art’s emergence as a legitimate and popular art form – it’s regularly displayed at the prestigious High Museum in Atlanta – he still finds himself having to explain to people exactly what folk art is. Generally, folk art (also referred to as self-taught art or outsider art) includes paintings, sculptures and Southern pottery – some of it anonymous works.

“For a long time this art has been kept outside the mainstream art community,” said Slotin. “Self-taught art is the most important visual culture America has ever produced. And it’s not country crafts, duck decoys or split-cane baskets. It is highly personal art. It’s religiously inspired paintings, crude tin cutouts, wood-relief carvings and environmental sculpture gardens.” And it’s usually created from refuse and other found objects. “Self-taught artists don’t seek out the art world,” Slotin said. “The art world, collectors and dealers passionately seek them out. Their art is done by untrained people who draw on their culture and experiences in an isolated world. It’s made with a true, untutored, creative passion, raw and totally original.”

Artistically acclaimed acceptance has caused the folk art genre to blossom. But, ironically, its very existence is threatened by the inevitable urbanization and population of the onetime habitat of self-taught artists: rural areas. The purpose of Folk Fest, Slotin said, is to celebrate these artists and share with the public an art culture whose roots may soon disappear. 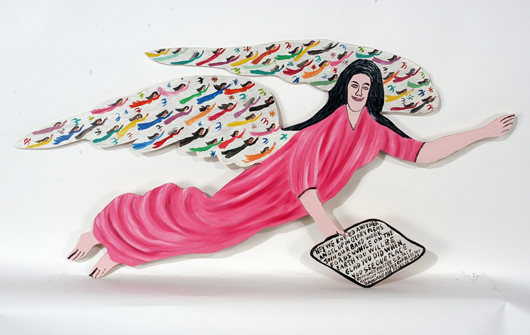 ‘Angel’ by Howard Finster, perhaps the most famous folk artist of all time. Image courtesy of Slotin Folk Art. 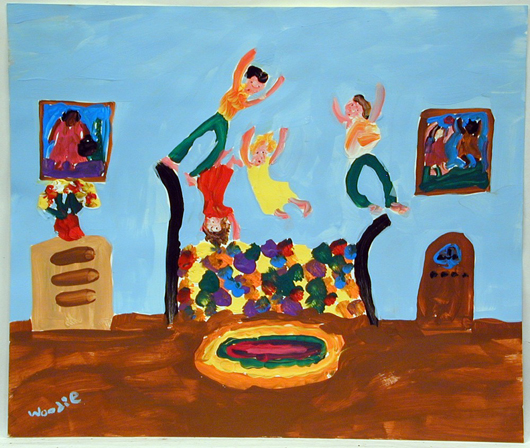 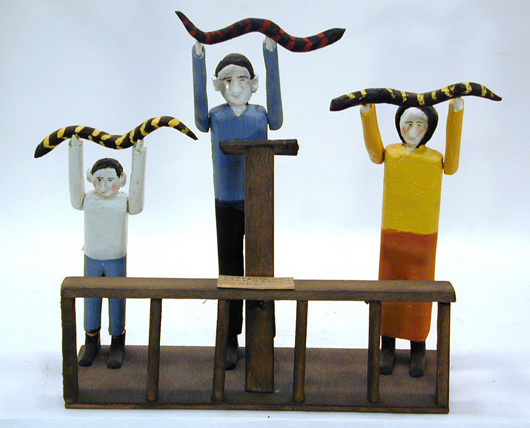 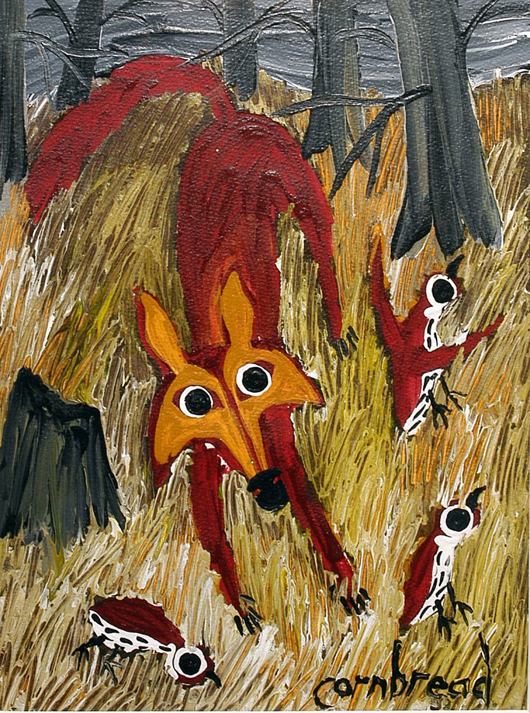 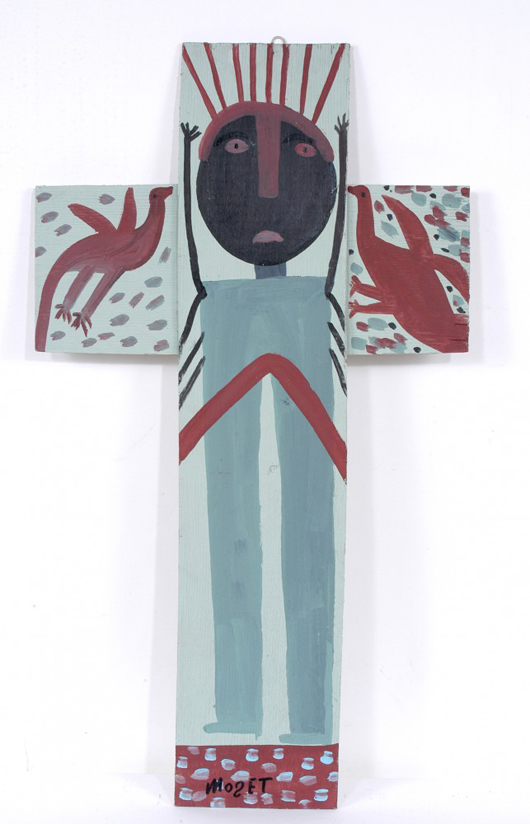 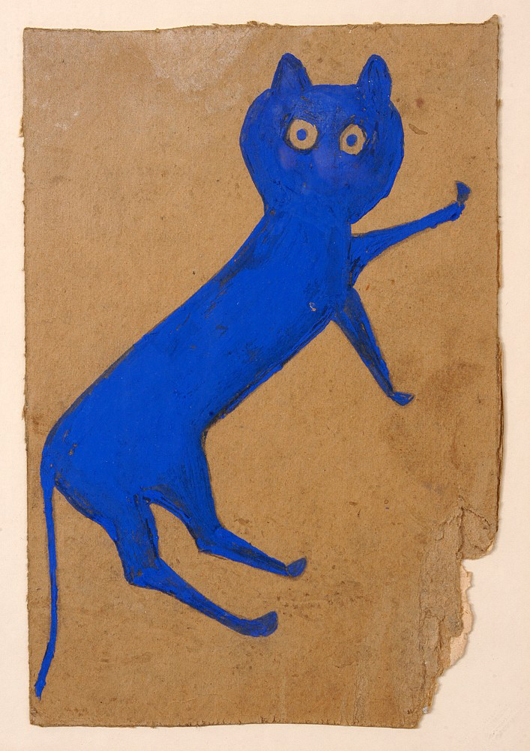 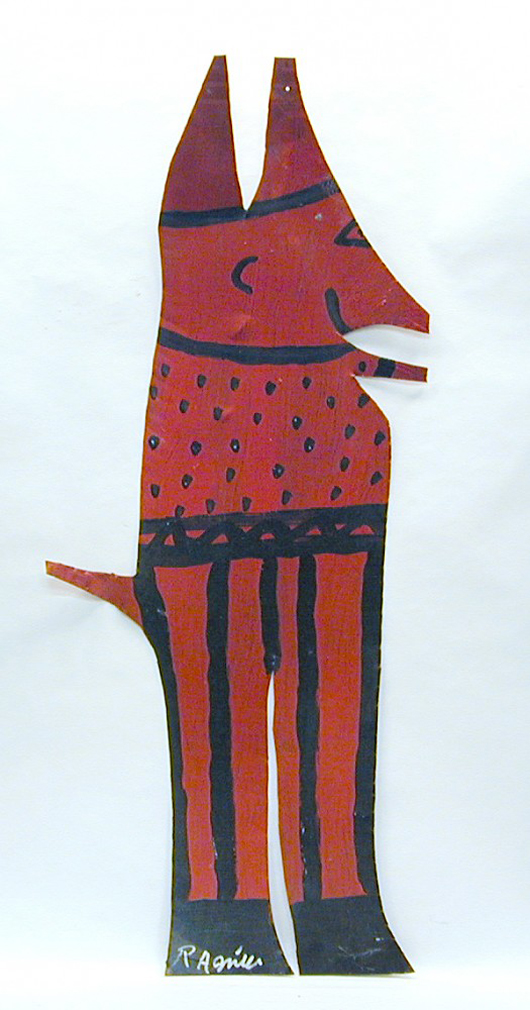 Furniture Specific: Look out for that ‘Cheire’