NEW YORK —On April 9, the French Institute Alliance Française (FIAF), New York’s premier French cultural center, will welcome journalist and editor William Middleton for a conversation with Dominique and John de Menil. The de Menils are two of the most important philanthropists of the 20th century.

In an intimate talk, Middleton will share the never-before-told story of the de Menils, whose prescient vision for art, architecture, and human rights has put them in a league of their own.

Maverick collectors, patrons, and civil rights activists, the de Menils arrived in the United States from France during World War II and changed the cultural face of New York and Houston.

William Middleton had unprecedented access to the private family archives for his new book, Double Vision: The Unerring Eye of Art World Avatars Dominique and John de Menil, the first and definitive biography of this visionary couple.

The conversation will be in English and will be led by author and journalist Kate Betts. A book signing will follow.

William Middleton is a journalist and editor who has worked in New York and Paris. He has been the Fashion Features Director for Harper’s Bazaar and the Paris Bureau Chief for Fairchild Publications, overseeing W Magazine and Women’s Wear Daily. He has written for The New York Times, The New York Times Magazine, Vogue, House & Garden, Esquire, Texas Monthly, Travel & Leisure, Departures, and the International Herald Tribune.

Dominique and John de Menil became one of the greatest cultural forces of the 20th century through groundbreaking exhibits of art, artistic scholarship, the creation of innovative galleries and museums, and work with civil rights. The de Menils created an oasis of culture in their Philip Johnson-designed house, hosting everyone from Marlene Dietrich and René Magritte to Andy Warhol and Jasper Johns. In Houston, they built the Menil Collection, the Rothko Chapel, the Byzantine Fresco Chapel, and the Cy Twombly Gallery. They also underwrote the Contemporary Arts Museum.

Now, William Middleton has written a sweeping biography of this unique couple, from their ancestors in Normandy and Alsace, to their own early years in France, and their travels in South America before settling in Houston. We see them introduced to the artists in Europe and America whose works they would collect, and we see how, by the 1960s, their collection had grown to include 17,000 paintings, sculptures, drawings, photographs, rare books, and decorative objects. And here is, as well, a vivid behind-the-scenes look at the art world of the 20th century and the enormous influence the de Menils wielded through what they collected and built and through the causes they believed in.

The FIAF’s mission is to create and offer New Yorkers innovative and unique programs in education and the arts that explore the evolving diversity and richness of French cultures. FIAF seeks to generate new ideas and promote cross-cultural dialogue through partnerships and new platforms of expression. 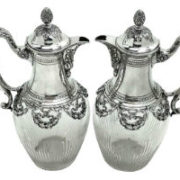 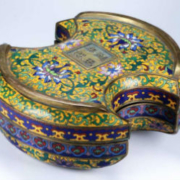 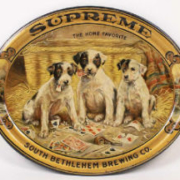 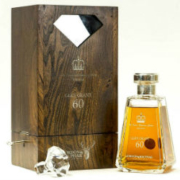 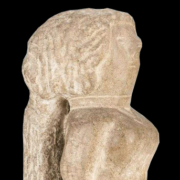 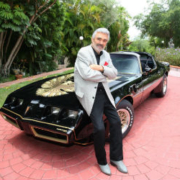 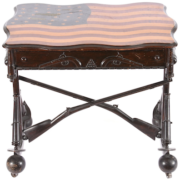