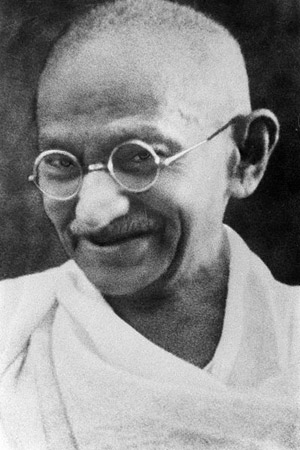 NEW DELHI (AP) – India’s government rejected a proposal Thursday by the owner of Mohandas Gandhi’s eyeglasses and other personal items that would have halted their auction, and instead vowed to buy the independence leader’s possessions. Later at the auction, which was conducted by the New York company Antiquorum, an Indian business tycoon acting in concert with the Indian government prevailed on the Gandhi items, paying $2,096,000. The price includes a 20 percent buyer’s premium to $1 million; 12 percent on the excess.

A March 6 report filed online by the news agency Xinhua stated that an Indian court order had prohibited the Indian government from bidding on the items, so in a deal organized through the Indian Consulate in New York, they were bid on and purchased for India through a wealthy middle man – Vijay Mallya, chairman of United Breweries Group and Kingfisher Airlines.

Mallya, whose wealth is estimated at $1.2 billion, has a history of successful bidding at auction to repatriate items of great cultural value to India. At a 2004 auction in London, he placed the winning bid of $249,000 for a sword that had belonged to Sultan Fateh Ali Tipu (1750-1799). Mallya returned the important historical relic to India.

The planned auction of Gandhi items, which were consigned by collector and peace activist James Otis, raised an outcry in India, prompting the government to attempt to bring the pacifist icon’s belongings back to his homeland.

Otis said he planned to sell the Gandhi items to raise money to promote pacifism. According to Britain’s BBC News, Otis has pledged to give “every penny” of the auction proceeds to nonviolent causes, particularly in developing countries.
Culture Minister Ambika Soni told reporters that Prime Minister Manmohan Singh instructed her not to let a third party buy the items. She said India would bid for them and “offer whatever it takes to make sure these things come back to Gandhi’s motherland.”

Soni decried the auction as “crass commercialization” of the ascetic leader’s legacy.

Gandhi’s round eyeglasses, a pair of worn leather sandals, an inexpensive pocket watch and a simple brass bowl and plate were scheduled to be sold as a single lot on Thursday, with a presale estimate of $20,000 to $30,000.

On Thursday, the Indian government rejected a draft agreement drawn up by Otis and representatives at India’s Consulate General in New York.

Otis had been demanding that India raise its spending on the poor from 1 percent of its GDP to 5 percent, an estimated $50 billion.

Under the draft agreement India would commit to “substantially” raising its funding for poverty over the next decade. The second proposal was for India to fund a world tour of Gandhi-related items to raise awareness of the ideas of pacifism.

However, Sharma said these terms were not acceptable. “The government of India, representing the sovereign people of this republic, cannot enter into such agreements where it involves specific areas of allocation of resources,” Sharma said, adding Gandhi “would not have agreed to conditions.”

The auction house said Gandhi is believed to have given the eyeglasses and their leather case to an army colonel who had asked him for inspiration, telling him they were the “eyes” that had given him the vision to free India.

The timepiece is a 1910 Zenith sterling silver pocket watch with an alarm that Gandhi gave to his grandniece, Abha Gandhi.

Gandhi also gave the bowl and plate to his grandniece, who worked as his assistant for six years. Gandhi, who advocated nonviolent civil disobedience to resist British rule in India, died in her arms in 1948 after being shot by a Hindu radical.

The sandals were apparently given to a British military officer who photographed the leader in the Yemen port city of Aden, where Gandhi had stopped en route to England.

In 2007, a letter written by Gandhi was withdrawn from a London auction to allow the Indian government to acquire it.

The latest on the auctioned Gandhi items is that they will be returned to India for public display. Antiquorum auction house said it will not finalize the sale for another two weeks, in order to allow sufficient time for any legal issues to be resolved.