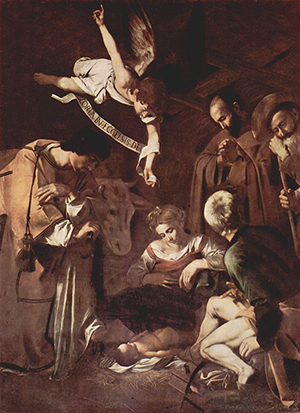 Among the Italian treasures still missing is Caravaggio’s (Italian, 1573-1610) ‘The Adoration,’ also known as ‘The Nativity with St. Francis and St. Lawrence,’ 1609. Thieves stole the painting valued at $20 million, other artworks and carved gilt and mother-of-pearl inlaid benches from a church in Palermo, Sicily, on Oct. 16, 1969. Image courtesy of The Yorck Project, 2002.

ROME (AFP) – Italy’s cultural police, who have taken a leading role in the fight against the smuggling of antiquities, are mounting a show of recovered stolen art in Rome that ranges from Etruscan funerary urns to Renaissance paintings.

Dozens of works are being displayed in the presidential palace in the Italian capital in a special exhibition also intended to show off a police force that is called in to consult on art thefts around the world.

The force said it has the largest database of stolen works around the world — with around 5.7 million objects — and is planning to travel to Libya, Iraq and Syria in the coming months to investigate cases.

“The turnover from the illegal trade in art is fourth in the world after arms, drugs and financial products,” said Mariano Mossa, head of the cultural police force.

Italy was the first country to equip itself with a special department to investigate art thefts in 1969 and its headquarters is in a Baroque palace in the center of Rome that crowds of tourists pass every day.

It has 13 regional branches around the country.

Last year the police found a painting by Russian-born Jewish painter Marc Chagall “Le Nu au Bouquet” in a private collector’s home in Bologna that had been stolen from a US tycoon’s yacht in Italy in 2002.

They also investigated the shocking theft of hundreds, even thousands, of rare books from the Girolamini Library in Naples that were allegedly smuggled out and sold internationally by its former director.

Among the exhibits in the Rome show was an entire Etruscan mausoleum found by builders on a construction site near Perugia in central Italy, including 23 well preserved urns with scenes from Greek mythology.

“This is one of the most extraordinary discoveries of recent years in Etruscan art,” said Louis Godart,an adviser to the Italian presidency on conservation.

There is also a sculpture of Roman emperor Tiberius, stolen in 1971 and found in London 40 years later in 2011, and a triptych that disappeared from Florence in 1977 and was recovered only in 2009.

A precious vase that was found during an illegal archaeological excavation was seized as it was being handed over to a Japanese buyer by a Swiss intermediary.

These works of art “were stolen from the public in an illegal, immoral way for the purpose of enrichment,” said Maurizio Caprara, a spokesman for President Giorgio Napolitano who hosted the exhibition.

Godart said the recovery of the works showed the police’s “competence, enthusiasm and professionalism, but also how our heritage is extremely fragile.”

Private donations have also dropped during the crisis.

Thefts from churches and museums have meanwhile increased, along with illegal archaeological digs, according to a report by the Legambiente watchdog.

The exhibition titled “Memory Regained: Treasures recovered by the Carabinieri,” opens to the public in the Quirinale palace Thursday and runs until March 16. 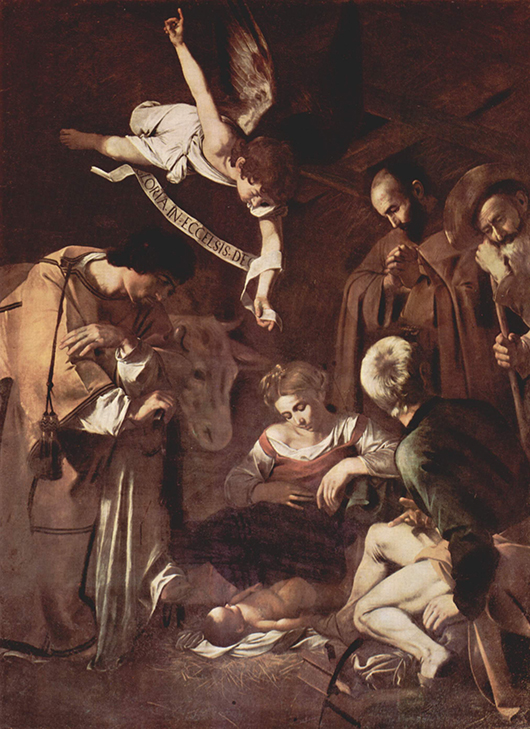 Among the Italian treasures still missing is Caravaggio’s (Italian, 1573-1610) ‘The Adoration,’ also known as ‘The Nativity with St. Francis and St. Lawrence,’ 1609. Thieves stole the painting valued at $20 million, other artworks and carved gilt and mother-of-pearl inlaid benches from a church in Palermo, Sicily, on Oct. 16, 1969. Image courtesy of The Yorck Project, 2002.

Israel seeks to save ancient sites from earthquake
Scroll to top