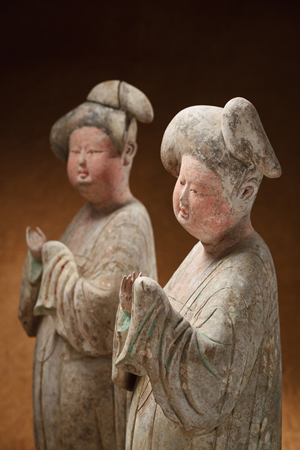 NEW YORK – Asia Week New York concluded its nine-day run on March 24 and was met with great enthusiasm from the multitude of international collectors, curators, scholars and Asian art aficionados who descended upon New York to see an extraordinary array of treasures from every corner of Asia. The thirty-three Asian art specialists from England, France, Hong Kong, Italy, Japan, and the United States reported strong sales to known and new buyers, from here and abroad, with many works on reserve by museums. To date, the combined sales realized by these galleries, together with several highly successful auctions, total over 170 million US dollars.

“Asia Week New York 2012 wrapped up its robust season over the weekend after an extraordinary week of openings, events, gallery exhibitions, lectures and auctions,” said Henry Howard-Sneyd, Chairman of Asia Week New York 2012 and Sotheby’s Vice chairman of Asian art, Americas. “Almost every significant art form and country in Asia was represented, often in depth, across the city. The dealer participants reported consistent visitor traffic throughout, with many saying that they had sold better than last year. The auctions reported record high prices in many categories with New York maintaining its ranking among the top-selling centers of the world. ” According to Howard-Sneyd, classical Chinese paintings have returned as a leading element of the Asian art market after more than 10 years’ absence.

“This was the busiest New York Asia Week we’ve seen in many years,” reported James Lally, of J.J. Lally & Co. “Our exhibition was a great success, with approximately 75 percent of the items in our catalogue now sold, including a few items to museums, but private collectors were dominant, as usual.” According to Lally, he received confirmation from the Freer Gallery of Art at the Smithsonian Institution in Washington, DC, of the museum’s acquisition of a rare Sogdian Parcel-Gilt Silver Fluted Cup, dating to circa 700 A.D. “Chinese art is currently enjoying a ‘boom’, with many new collectors and dealers coming from Hong Kong, Taiwan, and Mainland China. Chinese art of every kind and every period is more popular around the world now than ever before in history. We sold items to American, Japanese, European and Chinese buyers, with American buyers making the most purchases by a wide margin.”

“The overall exuberance and acquisitive atmosphere were reminiscent of Asia Weeks of the late 1990s,” said Joan Mirviss, who reported that the response from collectors and enthusiasts to her exhibition “Approaching the Horizon: Important Japanese Prints from the Collection of Brewster Hanson” was exhilarating. “By the close of Asia Week’s openhouse weekend, we had sold nearly 60% of the exhibition (which included sixty-eight prints). In terms of attendance and participation, this year’s Asia Week was tremendous and far exceeded those in recent memory.”

“Our ‘Portraits & Pantheons’ exhibition of 20 Korean paintings garnered an energetic and positive response,” said Jiyoung Koo of KooNewYork. “A number of these rare works are now officially ‘on reserve’ for museums but I also have a wait list of other curators for pieces.What surprised me the most was the great interest in two particular scroll portraits of scholars-one dated 1924 and the other from the Annexation Period (1910-1945) -even more than the paintings dated earlier. This may reflect the long-sighted vision of various curators re-looking at the tumultuous period of the turn of the 19th/20th century with a fresh eye now that we’re in the 21st century. Additionally, these paintings help to shed historical light on the birth of Modern and Contemporary Korean Art that is in the spotlight these days.”

“We are overjoyed by the positive response to our Asia Week exhibition,” said Carlton Rochell, who specializes in Indian, Himalayan and Southeast Asian art. “It has been one of the most successful shows for us to date, with over 30 top-quality works of art selling to at least four American and international museums, as well as to private collectors from around the world. We have seen unprecedented numbers of people here at the gallery, many of whom we have met for the first time. Asia Week New York continues to be the premier destination for museums, collectors, and dealers worldwide and we were thrilled to be a part of it.”

According to Edith Dicconson, the director of the Chinese Porcelain Company, the Sackler Museum of the Harvard University of Art Museums acquired Summer Mountain After Rain, an ink on silk painting by Tai Xiangzhou (b. 1968). “We are pleased to report that Tai Xiangzhou ink paintings are now in six important private U.S. collections, and one in Hong Kong,” said Dicconson.

“This has been my best-attended exhibition in years and has had amazing sales from day one with great interest from museums and private collectors,” said Michael C. Hughes who exhibited Chinese and Indian art. “I am very pleased.”

“Kapoor Galleries is thrilled at and thankful for the support of our distinguished clientele, one of whom flew in his personal jet to view the exhibition, prior to its official opening,” said Suneet Kapoor. “We have had tremendous interest and kind praise from collectors, curators and colleagues for the high quality works on display.” According to Kapoor, the highly important earliest known signed and dated Nepalese paubha of a Vasudhara Mandala sold for over two million dollars.

Additional sales at Kapoor Galleries included: Krishna & Arjuna Hunting, attributed to Manaku, from the mid 18th century sold to a European private collector; a Basohli painting depicting Krishna quelling the naga Kaliya, attributed to Fattu, circa 1765; along with a magnificent sculpture of Vishnu, circa 10th-11th century sold to an American private collector; a lovely leaf from the Sundar Shringar series of paintings, depicting Radha in conversation with her mother in law, as well as Prince Climbing a Rope a marvelous Mughal painting from the 18th century sold toa distinguished New York collector.

Carol Conover of Kaikodo, specializing in both Chinese paintings and works of art and Japanese art, was happy to report that the gallery sold several of their most important classical Chinese paintings to American cultural institutions. Other works of art, in the six- and seven-figure category, were sold to American, Chinese and European collectors.

According to Peter Kang, of Kang Collection, specialists in Korean ancient and contemporary art, a number of museums have reserved or shown strong interest in acquisitions from their exhibition this year. “This was our strongest year since we started three years ago, and we expect our sales to quadruple,” said Kang. “We had the highest volume of pedestrian traffic from all over the world, including people who had never visited our gallery.”

“I’ve had a very busy Asia Week, lots of steady foot traffic throughout the week,” reported Joe-Hynn Yang of Courage and Joy. “Clients and collectors were very pleased with the focus on Tang and Song ceramics, and they were glad that that market is being supported by dealer exhibitions. I have sold my pair of Tang ‘fat ladies’ in the range of $150,000; as well as a number of bronzes and sculpture that were not included in the catalogue, but shown privately to those who came into the gallery.”

“I have had a very successful week,” said John Eskenazi, of John Eskenazi Ltd. “Many of my good clients came back and the general mood has been buoyant, and noticed many European buyers were in town. We also detect a strong interest from Far Eastern collectors venturing outside of the Chinese art market.”

“I was very pleased to have sold over half of my exhibition in the first four days of Asia Week” said Eric Zetterquist. “The most notable sale was a guanyao celadon vase made for the imperial court in the Southern Song Dynasty (1127-1279). I was delighted to meet many new collectors.”

Tibetan and Indian textile expert Carlo Cristi of Milan, Italy said his exhibition of Central Asian textiles was well attended with a good flow of visitors. “Interest in ancient textiles has been consistent,” he reported. Among Cristi’s sales were a very large silk canopy (52 ¾ by 32 ½ inches), woven in red, blue, green and golden colors, and a large deep red fragment with bulls marching in rows, 7th-9th century.

Jewelry from India, Burma, Southeast Asia, Vietnam, Cambodia, and Indonesia was featured at Sue Ollemans Oriental Art. Ollemans reported that sales were up over last year with an increase in museum interest for her pieces. Sold were a pair of diamond flower earrings from Jaipur, circa 1950 and a diamond and ruby pendant, also from Northern India.

“We had more visitors both Asian and Western than we recall in any Asian Week past,” said Stephen Chait of Ralph M. Chait Galleries. “Selling was strong — mostly sculpture, pottery, and works of art. Asia Week was a great success.”

Pace Prints, a first-time participant, was pleased with its inaugural year in Asia Week New York. “Through the combined participation of the leading institutions and specialists in Asian art, we have been able to expand our client base and our knowledge of the current Asian art market here in New York City,” said Kristin Heming, Director of Pace Prints. “We have experienced increased interest in our Asian contemporary artists and are looking forward to building further relationships as a result of our involvement in this event.”

Another new Asia Week New York participant, Francesca Galloway of London, noted: “The response to our exhibition and to Asia Week New York, in general, was phenomenal. We were extremely busy with a non-stop flow of people and sold fifteen paintings including the Nainsukh, the two important Fraser Album pages, as well as a masterpiece of Sikh painting: a detailed depiction of the Dessehra festival that celebrates Rama’s conquest of Ravana. Eight additional paintings are under offer to museums and private collectors.” 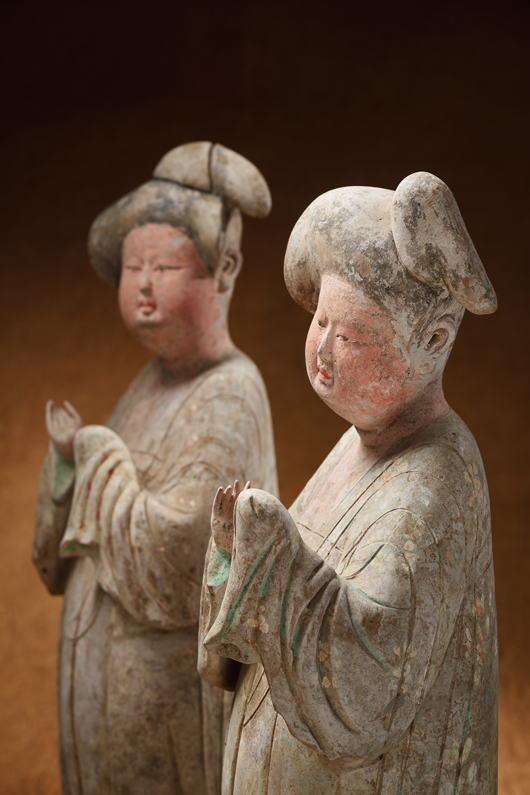 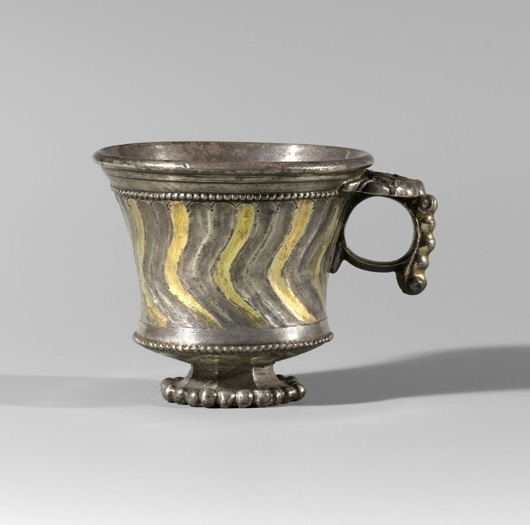 Magic Johnson and partners to pay $2 billion for LA Dodgers