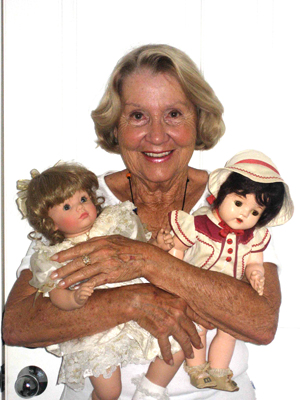 WEST PALM BEACH, Fla. – The West Palm Beach Antiques Festival will celebrate spring early this year with a Spectacular event scheduled for the first weekend of February. The annual Spectacular event always has huge attendance and festival owners Kay and Bill Puchstein expect this year to be the best ever with over 10,000 in attendance. More than 1,000 dealers are signed in for the festival which will feature dealers from all over the United States, England, France, Germany and many other locations.

The site for the West Palm Beach Antiques Festival, the South Florida Fairgrounds, features ample dealer spaces and comfortable aisles and walkways for customers with more than 90 percentof the space inside and air conditioned. However, one of the most popular locations is the breezeway, offering a little of both inside and outside.

Among the prominent dealers in attendance will be Brett Gregory Antiques of Indiana with a large selection of decorative mirrors and accessories covered with seas shells in a Florida theme. Also among the eclectic cadre of dealers will regulars like Peter Mellon of Pompano Beach, Fla., who will offer his collection of over 2,000 vintage watches and pocket knives for the smalls enthusiast, and he is willing to share a wealth of information about vintage Zippo lighters.

On the decidedly upscale end of the spectrum is Rosemary Dawson’s Cathedral Place Gallery of St. Augustine, Fla. Dawson specializes in hard to find porcelain sculptures from Giuseppe Armani, Lladro, Boehm, Old Staffordshire and other antique selections. She makes a market in sold-out editions of new issues and retired issues that are hard to find.

One the dealer booths that has been a fixture at the West Palm Beach Festival for many years is that operated by Gladys and John Ezzo. The Ezzos have been in the same location for over 20 years and have seen the world come and go by their booth. The Ezzos specialize in higher-end artifacts in the area of art glass with selections of Lalique, Galle and LeGras and from the 19th and 20th centuries. They also carry a variety of Tiffany bronze with a concentration of desk sets and dresser items. But the real eye-opener in the booth is the sign that relates to silver plate. John offers a resilvering and silver plating service that is utilized by both dealers and retail customers who need to “freshen up” a silver item.

Another Florida dealer who always has a good show is the Doll Lady, Jane Greenwalt. She has always had a love of dolls and when she retired the first time she began to rehabilitate old dolls to give to charity. Naturally she eventually came across dolls she didn’t want to part with so she started her own collection which rapidly grew out of control and she became a doll dealer by accident – and a major dealer, at that.

One of the interesting stories to be found at West Palm Beach Antiques Festival revolves around dealer Cody McQueen and his journey to the antiques world. Cody originally was a fashion photographer in New York always seeking new locations and backdrops for his art. When he started using antique shows for background he started to notice the art and the artifacts found in these locations. He says he was the first person to display Highwayman paintings in a New York style art gallery in Florida. McQueen still enjoys displaying and buying and selling Highwayman art but he says the current market is better suited for more affordable art and artifacts and he concentrates on what buyers are likely to find interesting at friendly prices.

The mother-son team of Susan and Andrew Muchnikoff will be in their customary booth. Matthew’s Antiques and Collectibles will be offering British Royalty memorabilia dating back to the coronation of King Charles II in 1651 and Americana, American political memorabilia and historical commemoratives that cover the full breadth of this country’s history.

A “don’t miss” booth is the prominent lobby booth occupied by Americana dealers Nancy and Woody Straub. The Straubs are veteran dealers in American fine art circa 1860-1945 and American furniture ranging from the Arts & Crafts period of the early 20th century to the Colonial period. They have been antiques dealers for over 40 years and have family ties to the business going back beyond that. Nancy and Woody have been regular exhibitors at the West Palm Beach Antiques Festival since the Puchsteins took over the Show in late 2008.

The West Palm Beach Antiques Festival is held at the South Florida Fairgrounds located at 9067 Southern Blvd. in West Palm Beach, 1 1/2 miles west of the Florida Turnpike and 1 mile east of U.S. 441/SR7.

For more information contact the West Palm Beach Antiques Festival at (941) 697-7475, email info@wpbaf.com or visit the website at www.wpbaf.com. 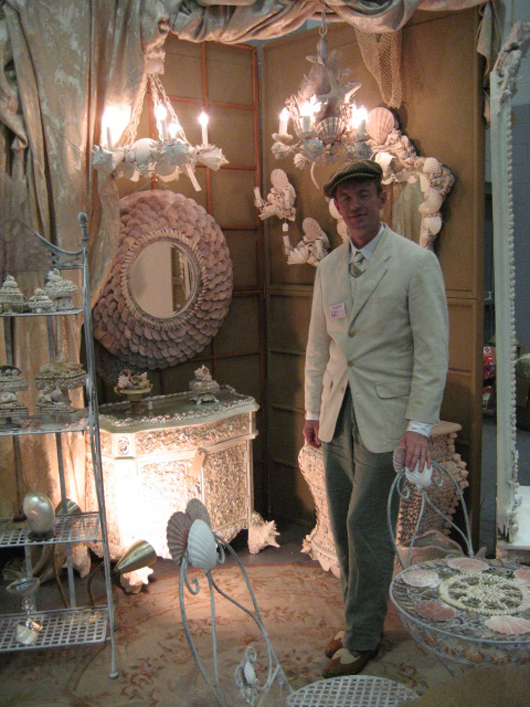 Brett Gregory and some of his shell creations. Image courtesy of the West Palm Beach Antiques Festival. 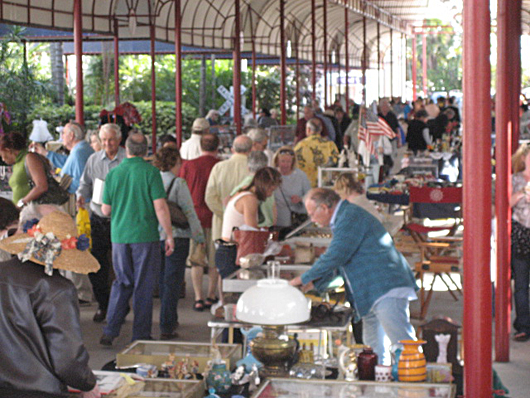 The Breezeway offers the best of both worlds to both dealers and buyers. Image courtesy of the West Palm Beach Antiques Festival.