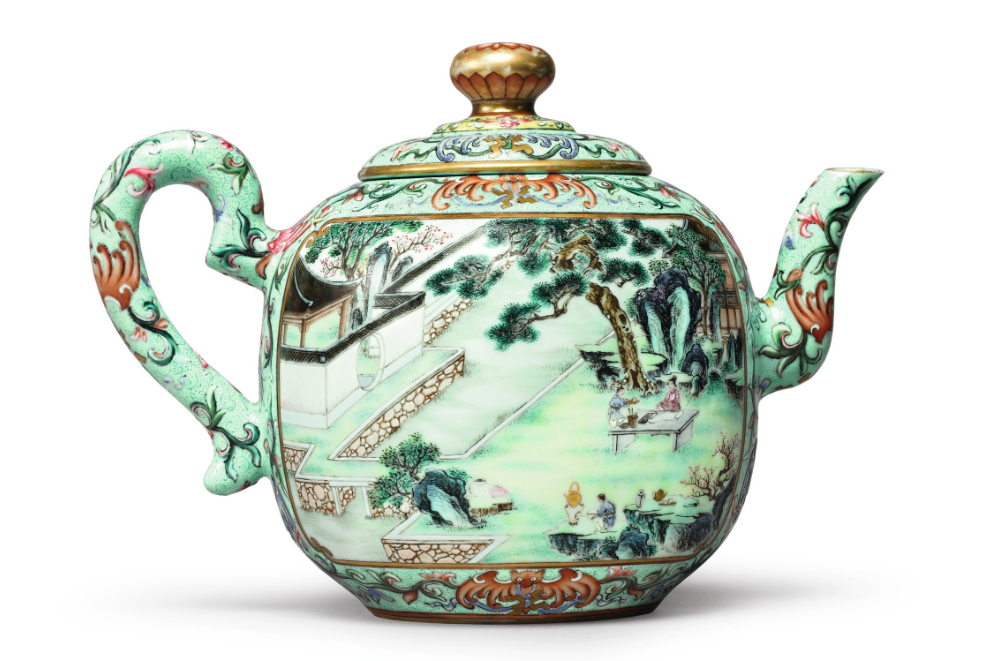 Qianlong Seal mark and period rare turquoise-ground famille-rose ‘Hui Mountain Retreat’ teapot and cover, beautifully painted with a garden scene on one side and inscribed with an imperial poem on the other. Sold by Sotheby’s for $3,490,000 against a high estimate of $500,000. Image courtesy of Sotheby’s