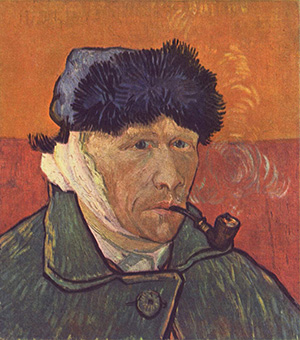 Diemut Strebe, who specialises in artworks using biological material, collaborated with scientists to reconstruct the Dutch master’s ear using DNA from a relative and 3D printers.

“The ear is grown from tissue-engineered cartilage using computer imaging technology, and is identical in shape to van Gogh’s ear,” said Dominika Szope, spokeswoman for the ZKM Centre for Art and Media in the southwestern city of Karlsruhe.

Szope said the ear on display was made up of live cells as well as engineered components, creating a “living art-piece” titled Sugababe.

It explores the implications of genetic reproduction for the essence of the individual.

Visitors can speak to the ear using a microphone and the sound, once it has passed through the nutrient solution in which the ear is stored, is broadcast in the installation space.

The show will be on display in Karlsruhe until July 6 before moving to New York in early 2015.

One of most popular artists of all time, van Gogh suffered prolonged bouts of mental illness and depression. He notoriously sliced off part of his ear, and only sold one painting before his death in July 1890 at the age of 37.

Lieuwe van Gogh, who shares the Y chromosome of the troubled painter and around 1/16th of his genome, posted a picture of himself next to the museum replica on his Facebook account with the caption “Lend me an ear.” 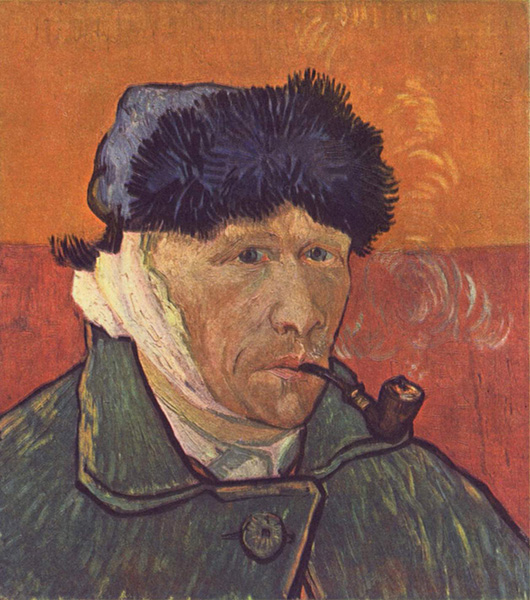