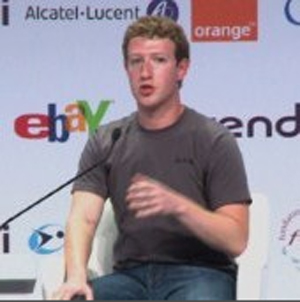 PARIS – Facebook founder Mark Zuckerberg says social networking is “quite primitive” compared to the exciting possibilities that lie ahead. Zuckerberg told the e-G8 gathering of Internet bosses in Paris that his global social networking site cannot take credit for enabling the revolutions in Tunisia and Egypt, in which protestors coordinated their efforts online.

“Facebook was neither necessary nor sufficient for any of those things to happen,” the 27-year-old New Yorker said.

It’s Rubens vs. Facebook in debate over artistic nudity

LeRoy and Janet Neiman give $5M to Chicago art school