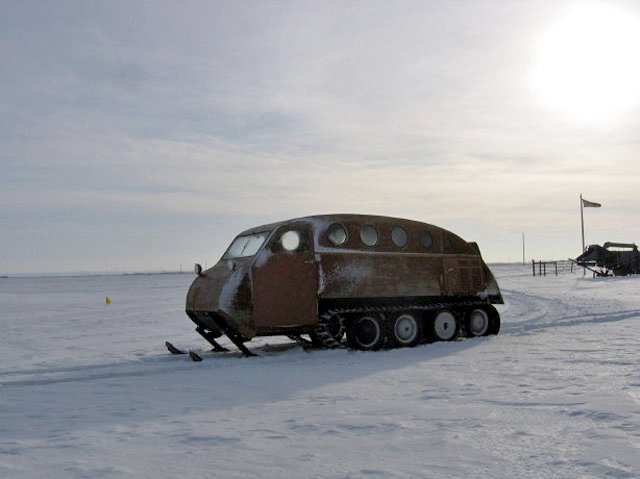 Wood-bodied Bombardier B-12 snow bus of a type built until approximately 1951/1952, when production switched to metal bodies. Image by Melensdad at English Wikipedia, licensed under the Creative Commons Attribution-Share Alike 3.0 Unported license