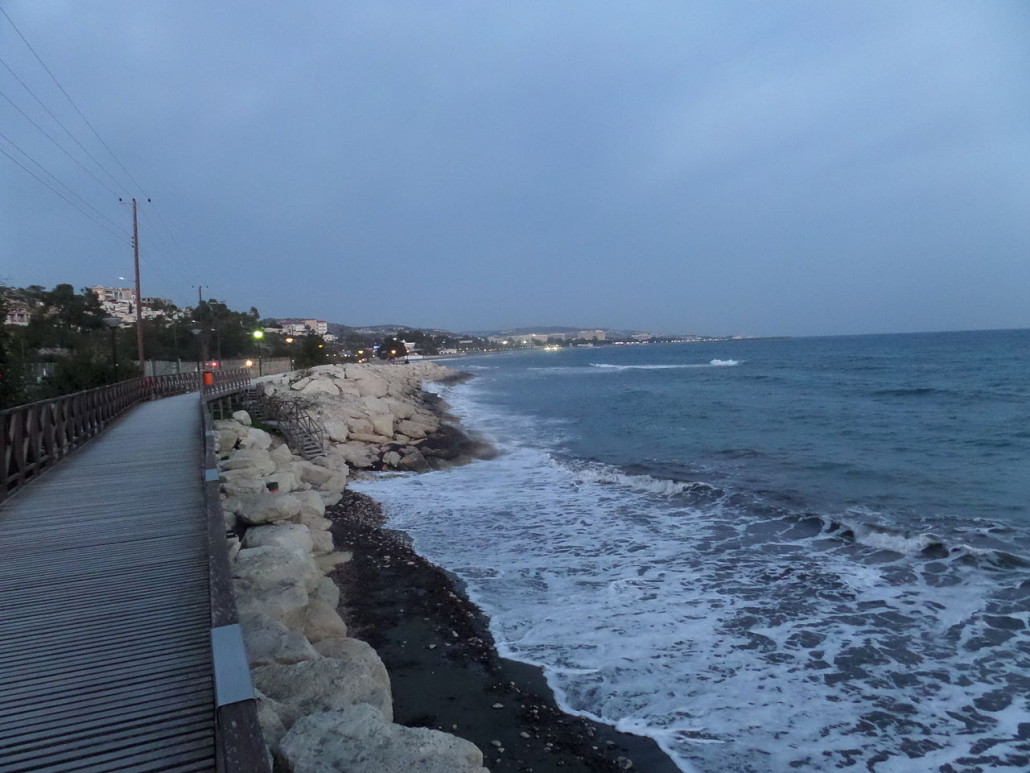 Ayios Tychonas, Cyrus, path along the coast. Image by Xaris333. This file is licensed under the Creative Commons Attribution-Share Alike 3.0 Unported license.

NICOSIA, Cyprus (AP) – Recent archaeological digs have uncovered more than 20 round buildings in what is believed to be Cyprus’ earliest known village, dating as far back as the ninth century B.C., the east Mediterranean island’s Department of Antiquities said Tuesday.

The department said in a statement that excavations, which concluded last month in the Ayios Tychonas-Klimonas area near Cyprus’ southern coast, also found domestic dogs and cats had already been introduced to Cyprus when the village was active 11,200 to 10,600 years ago. It said villagers hunted small wild boar and birds, but didn’t produce pottery.

Excavations directed by Francois Briois from France’s School for Advanced Studies in the Social Sciences and Jean-Denis Vigne from France’s National Center for Scientific Research-National Museum of Natural History found most buildings had built-in fireplaces as well as a 30- to 50-kilogram (66- to 110-pound) millstone.

The buildings, with a diameter of between 10 and 20 feet, were built using earth and strengthened with wooden poles while their floors were often plastered.

The buildings are situated around a circular 33-foot communal building that was unearthed during digs five years ago. Further surveys and digs carried out since show that the village would have covered an area of at least half a hectare (1 1/4 acres).
Traces of intensive sieving offer strong evidence for the cultivation of emmer wheat, a primitive cereal introduced from the continent.

The Department said the village’s organization, architecture, stone tools and evidence of agriculture and hunting are elements that are very similar to those that have already been identified in the early Pre-Pottery Neolithic Levant between 11,500 and 10,500 years ago.

“Ayios Tychonas-Klimonas has demonstrated that, even though Cyprus was separated from the continent by more than 70 kilometers of sea, the island was part of broader Near Eastern Neolithic developments,” the Department said.
___