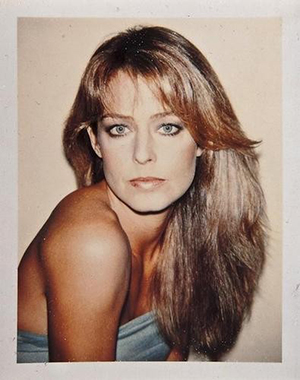 LOS ANGELES (AFP) – Ryan O’Neal snatched an Andy Warhol portrait of his ex-lover Farrah Fawcett from her home shortly after she died, even though he knew the work was not his, lawyers claimed Monday.

But as a long-awaited trial opened in Los Angeles, a lawyer for the veteran actor claimed he was the rightful owner of the painting, with an estimated value of up to $12 million.

The University of Texas, where the “Charlie’s Angels” star studied as a young woman, sued O’Neal in August 2011 after the disputed canvas was spotted in the actor’s home during an episode of reality TV show “Ryan and Tatum: The O’Neals.”

The university says Fawcett bequeathed all her artwork to her alma mater when she died, and it insists the Warhol painting should be displayed in a museum next to a near-identical portrait of the late actress.

The university’s lawyer, David Beck, told a Los Angeles jury that O’Neal removed the work from Fawcett’s Wilshire Boulevard condominium shortly after she died of cancer on June 25, 2009, aged 62.

“We need your help to resolve a dispute as to who really owns this Warhol painting,” he said in his opening statement in the LA Superior Court.

Fawcett “had possession and control of these two paintings on the day she died and for years before that,” the university’s lawyer said, claiming O’Neal knew that when he drove away with the disputed canvas.

But O’Neal’s attorney Martin Singer said the university was trying to take away the one portrait the 72-year-old actor has of “the love of his life, Farrah Fawcett.”

“One iconic portrait of Farrah Fawcett is not enough,” he told the six-man, six-woman jury, referring to the Warhol near-duplicate the university already has.

While the university says the portrait is worth about $12 million, O’Neal’s lawyer estimated its value at just under $1 million, adding: “The University of Texas should have been satisfied with what they got.”

Fawcett was born in Texas and went to college there for three years, but left without graduating after being “discovered” and moving to Los Angeles to pursue an acting career.

But she remained loyal to her alma mater. “Farrah never forgot where she came from,” Beck said.

Outlining his case, the university’s lawyer said the creator of a reality show called “Chasing Farrah,” Craig Nevius, will testify about overhearing a conversation between O’Neal and Fawcett after she was diagnosed with cancer.

“I want something to remember you by … How about giving me one of those Warhols?” O’Neal asked Fawcett, according to Beck, who said the question proved that the actor knew both portraits belonged to Fawcett.

But O’Neal’s lawyer said Warhol gave one portrait to Fawcett and the other to O’Neal.

The actor kept the painting from 1980-98, turning it over to Fawcett only after they temporarily split, because he did not feel comfortable about other female friends seeing it at his home, said Singer.

The couple got back together in 2001 after O’Neal was diagnosed with leukemia. The portrait went back and forth between their homes, but O’Neal decided to leave it at her home when she became seriously ill, he said.

Click to view an image of Warhol’s painting of Farrah Fawcett on the Blanton Museum of Art’s website: