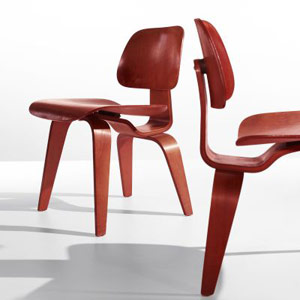 CHICAGO – Wright’s Oct. 7 Modern Design auction will feature select works from such 20th-century legends as Harry Bertoia, Charles and Ray Eames, Gio Ponti, George Nakashima and George Nelson, as well as many others. In keeping with current buying trends, the 517-lot Wright sale will also include designs from fast-rising stars in the Contemporary field, like Marc Newson, Tom Dixon, Martin Szekely and Tjep.

END_OF_DOCUMENT_TOKEN_TO_BE_REPLACED 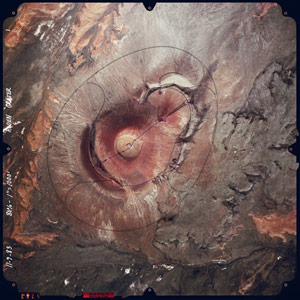 PITTSBURGH – The Mattress Factory – a museum of contemporary installation art known worldwide for presenting exhibitions that push artistic boundaries – will hold a benefit art auction on Saturday, Oct. 18, beginning at 8 p.m. EST. Nearly 100 works will be offered, live and online, by noted artists such as James Turrell, Kiki Smith, John Waters and others.

On the day of sale, the auction will go live worldwide, via a partnership with LiveAuctioneers.com. Contemporary art lovers from around the globe will be able to compete with bidders on the auction room floor for collectible one-of-a-kinds by internationally recognized artists.

Since its founding in 1977, the Mattress Factory has served as a launch pad for over 300 name artists, such as Damien Hirst and Greer Lankton. Every five years, artists who have exhibited work there during the past three decades come together to help support the museum’s mission through a live auction of donated work. All proceeds help fund the Mattress Factory’s exhibitions, programs and operations.

END_OF_DOCUMENT_TOKEN_TO_BE_REPLACED

Always popular with bidders, paintings on porcelain consigned to the sale include examples by KPM and Limoges.

END_OF_DOCUMENT_TOKEN_TO_BE_REPLACED 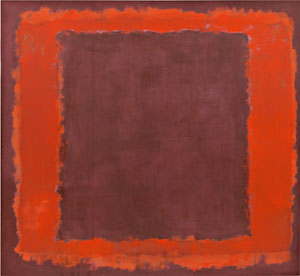 LONDON (AP) – The light is low, unusual for a museum. There are no sounds. The walls of the serene room seem to glow with a mysterious power.

There are 14 oversized murals here, slowly coming into focus in the dim light, each playing off the other, drenched in colors and shapes that seem to vibrate.

The effect is powerful but not troubling.

For the first time, Mark Rothko’s ‘Seagram’ murals are on display together at a Tate Modern exhibit of his dark, brooding later works.

END_OF_DOCUMENT_TOKEN_TO_BE_REPLACED 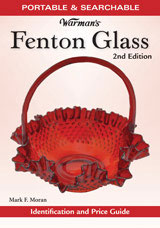 “At Antique Trader, we try to bring antiques enthusiasts information that will help enrich their enjoyment of the hobby,” said Antique Trader associate publisher Scott Tappa. “For so long that information has been delivered in print, and more recently via the Internet. Now we are offering digital products, and we think collectors of bottles and Fenton glass will enjoy the searchability, image-enlarging capabilities, and tutorials offered on DVD.”

END_OF_DOCUMENT_TOKEN_TO_BE_REPLACED 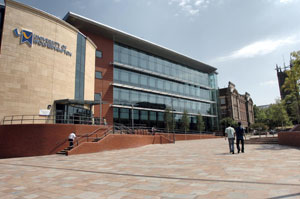 WOLVERHAMPTON, England – Aspiring auctioneers will be bringing the gavel down on an innovative degree course at the University of Wolverhampton, in England’s West Midlands region.

The new Foundation Degree in Auctioneering and Valuation is believed to be the first of its kind in the UK. Students will be taught how to value and auction personal property, including antiques and real estate.

The course has been developed with industry leaders and is designed to meet growing demand for a recognized university qualification in the field of auctioneering and valuation.

Dr. Felix Hammond, Lecturer at the University’s School of Engineering and the Built Environment, said: “The course will cover subjects such as business skills, auction law, auction economics, auctioneering methods and techniques, valuation principles and applications as well as sales and marketing of goods and services.

END_OF_DOCUMENT_TOKEN_TO_BE_REPLACED

LONDON (AP) – Several letters that Princess Diana wrote to her former nanny, including one comparing her own dancing skills to those of an elephant, will be auctioned in London next week, and they are expected to sell for thousands of dollars.

Diana once famously danced with actor John Travolta at the White House. But as a teenager, she wrote in a 1978 letter to her former nanny that she loved dancing but that, “Watching me dance is like watching an elephant, so no one does!”

James Grinter, an auctioneer with Reeman Dansie, the house selling the four letters and two cards next week, said Tuesday he expects them to go for up to $18,000.

END_OF_DOCUMENT_TOKEN_TO_BE_REPLACED

NEW YORK (AP) – Edvard Munch’s Vampire, a dark, brooding painting of a woman with cascading red hair kissing a man’s neck, may set a new record for the Norwegian artist when it goes on the auction block this fall.

The 1894 work, which has been in private hands for more than 70 years, is expected to bring $35 million at Sotheby’s on Nov. 3. In May, Munch’s Girls on the Bridge sold for $30.8 million, setting a record for the artist.

The Vampire painting, also known as Love and Pain, caused a stir when it was first exhibited in Berlin in 1902. It was part of a 20-work project called Frieze of Life that explored themes of love, betrayal, death and sex and included his masterpiece, The Scream.

“Like ‘The Scream,’ it distills extraordinarily intense feelings,” Simon Shaw, head of Sotheby’s impressionist and modern art, said Tuesday. “The lovers, locked in their dark embrace, evoke love’s paradox as a source of tenderness and pain.”

An avid Munch collector bought Vampire in 1903. In 1934, it was purchased by a private collector, who has owned it since. It was on loan at the Metropolitan Museum of Art for about 10 years.

Vampire will be the highlight of Sotheby’s sale of impressionist and modern art.

PETERSBURG, Va. (AP) – Historic Battersea and the city of Petersburg are holding an appraisal fair to raise money for the conservation of the 18th-century mansion.

The appraisal event will take place Saturday, Sept. 27, 2008 from 10 a.m. to 5 p.m. on the lawn of the Colonial plantation house along the Appomattox River.

People are encouraged to bring clocks, pocket watches, silver, porcelain and military-related items from the Revolutionary War through World War II. They can also bring art and any other antiques they would like to have appraised by a number of experts. For items too large to transport, owners can bring in multiple detailed photographs.
___
Information from: Richmond Times-Dispatch,http://www.timesdispatch.com 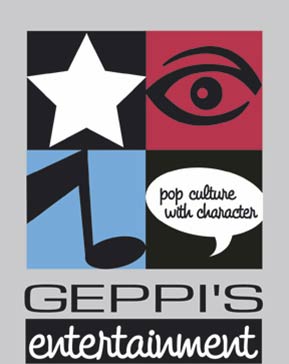 YORK, Pa. – Geppi’s Entertainment has launched a new Web site, www.GeppisEntertainment.com, which serves as a gateway to its family of companies’ existing websites. The site is now live.

Offering the latest news on company activities, profiles of projects and employees, and a review of press coverage of Geppi’s Entertainment company activities, this new site showcases the diverse array of entities focused on documenting, promoting, and delivering vintage pop culture collectibles to the collecting public and informing the general public about the industry.