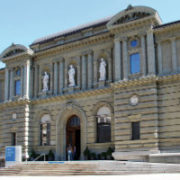 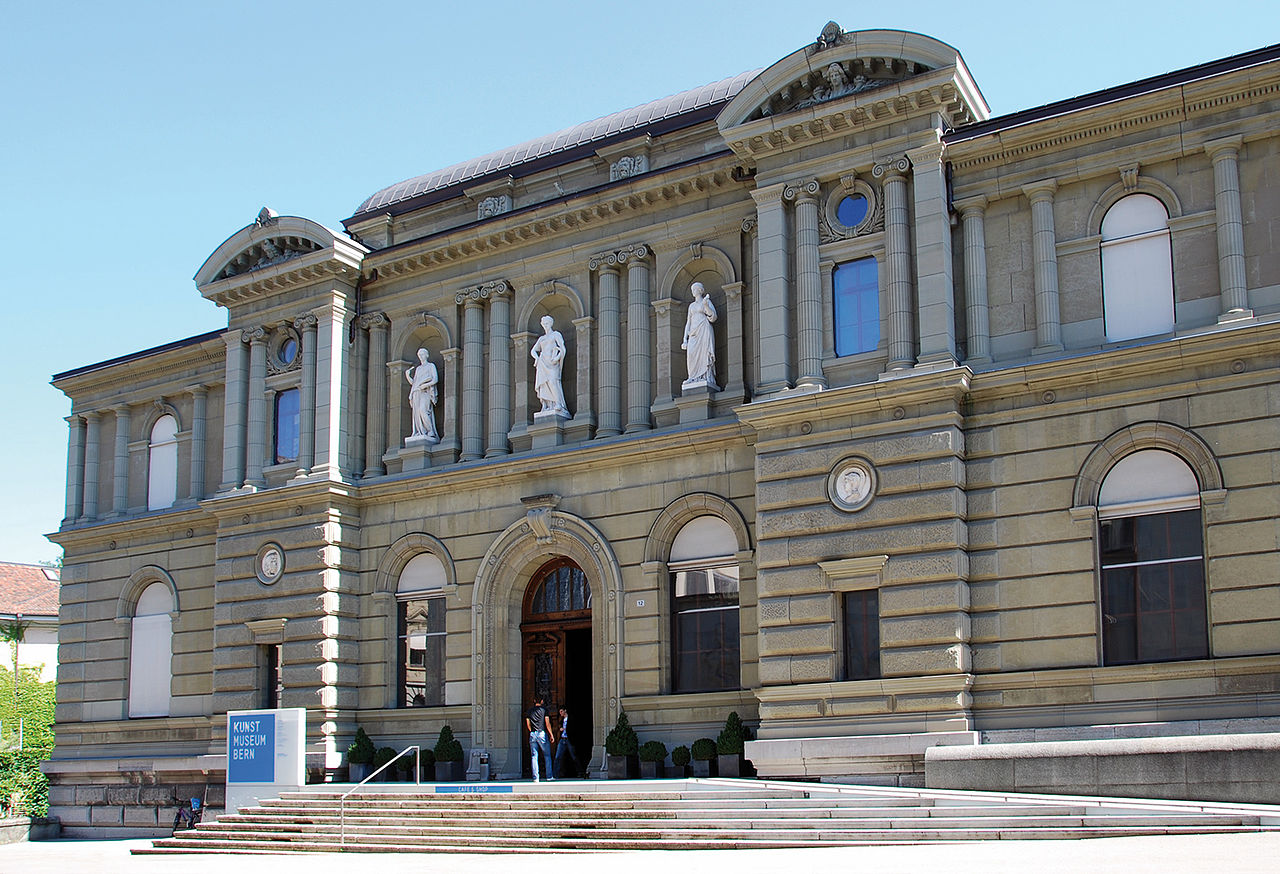 Switzerland’s Kunstmuseum Bern, where Cornelius Gurlitt’s controversial collection will be exhibited this year. This file is licensed under the Creative Commons Attribution-Share Alike 4.0 International license.

BERLIN (AP) – A vast trove of art which a German collector kept hidden from the world for decades will be shown simultaneously at museums in Switzerland and Germany later this year, Switzerland’s Kunstmuseum Bern announced Wednesday.

The Swiss museum, which Gurlitt designated as his sole heir, announced it would co-host the “Dossier Gurlitt” shows together with the Bundeskunsthalle in Bonn.

Cornelius Gurlitt died in May 2014, months after German authorities announced they stumbled upon more than 1,000 artworks at his Munich apartment while investigating a tax case.

His collection included paintings by Paul Cezanne, Eugene Delacroix, Albrecht Duerer and other world-famous artists. Experts said several of the paintings likely were stolen from Jews by German Nazis.

The 2013 discovery brought renewed attention to the many unresolved cases of art that was looted from Jewish owners during the Third Reich and never returned to original owners or their descendants.

Gurlitt’s father, Hildebrand, was an art dealer who traded in works confiscated by the Nazis.

After his father’s death, Gurlitt kept more than 1,200 works in his Munich apartment and 250 more in Salzburg, Austria.

The Bern museum has pledged to ensure that any pieces that turn out to have been looted will be returned to Jewish owners’ heirs.

A German government-backed foundation has evaluated hundreds of paintings and identified dozens already that were likely stolen by the Nazis.

The art will be on show from November through March 2018. It’s the first time the collection will be shown to the public.
___ 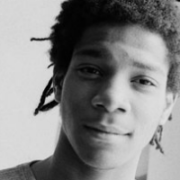 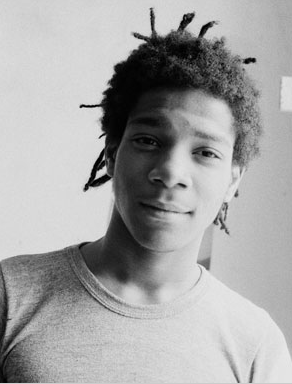 Basquiat in the apartment, 1981. Photograph by Alexis Adler.

DENVER – The Museum of Contemporary Art Denver is now showing “Basquiat Before Basquiat: East 12th Street, 1979-1980,” based on a cache of works made by Jean-Michel Basquiat during the year he lived with his friend Alexis Adler in an apartment in the East Village.

END_OF_DOCUMENT_TOKEN_TO_BE_REPLACED 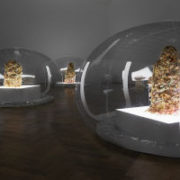 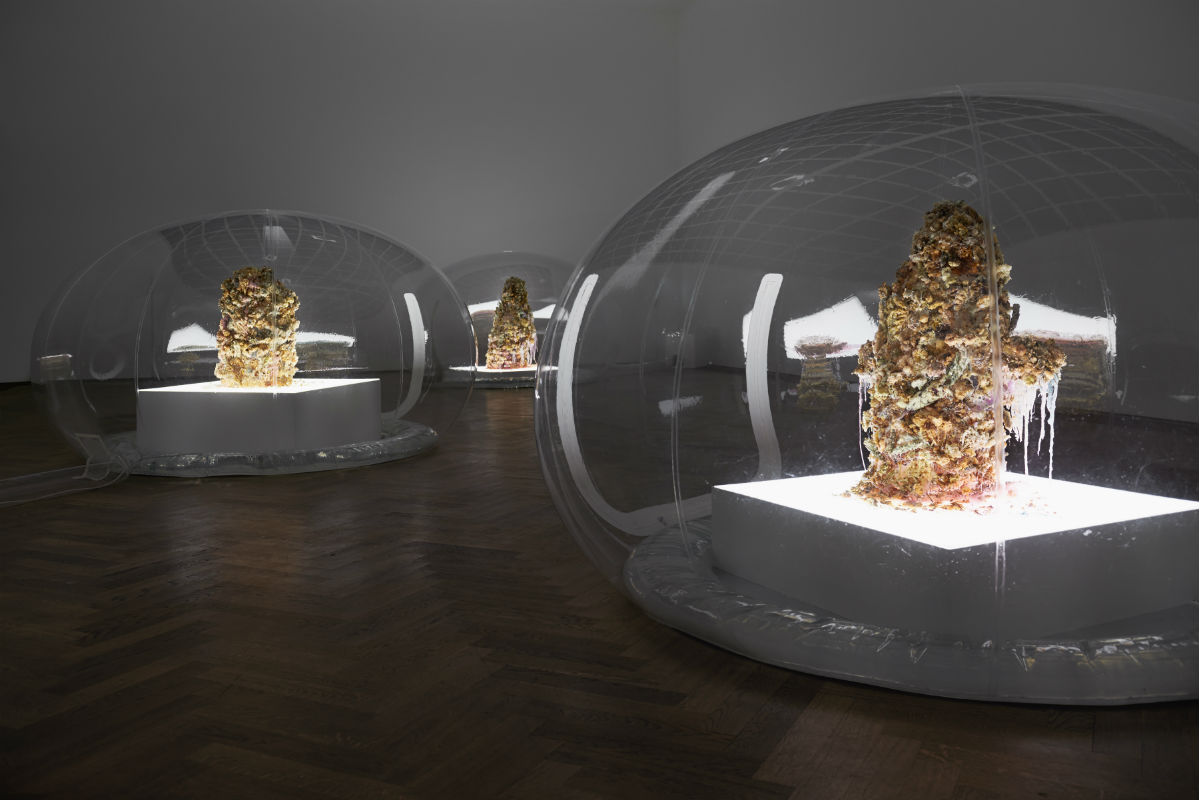 NEW YORK – From April 21 to July 5, an exhibition of new works by artist Anicka Yi, winner of the 2016 Hugo Boss Prize, will be on view at the Solomon R. Guggenheim Museum.

END_OF_DOCUMENT_TOKEN_TO_BE_REPLACED 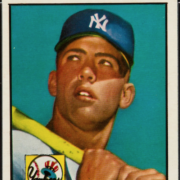 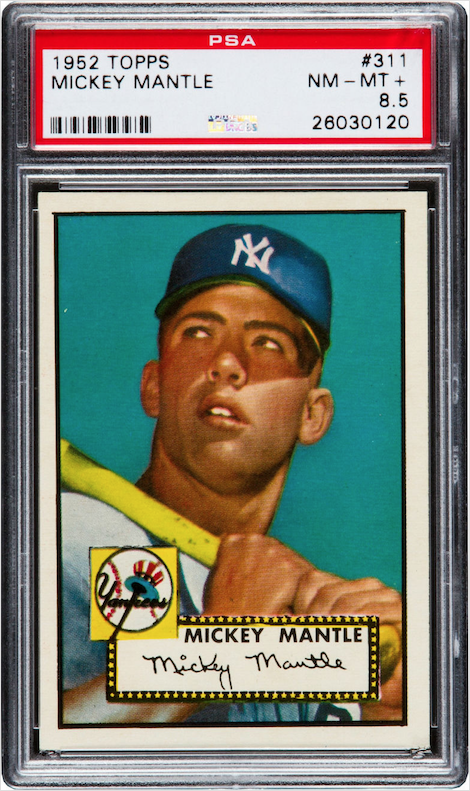 Heritage Auctions has noted very strong growth year over year in its Sports department. The company achieved a world record price for this 1952 Topps Mickey Mantle rookie card in November 2016 when it sold for $1,135,250. Heritage Auctions image

DALLAS – Heritage Auctions has announced in a press release that its 2016 online auction sales totaled $348,107,079, “far outpacing all other auction houses in online sales.”

END_OF_DOCUMENT_TOKEN_TO_BE_REPLACED 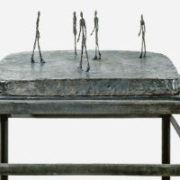 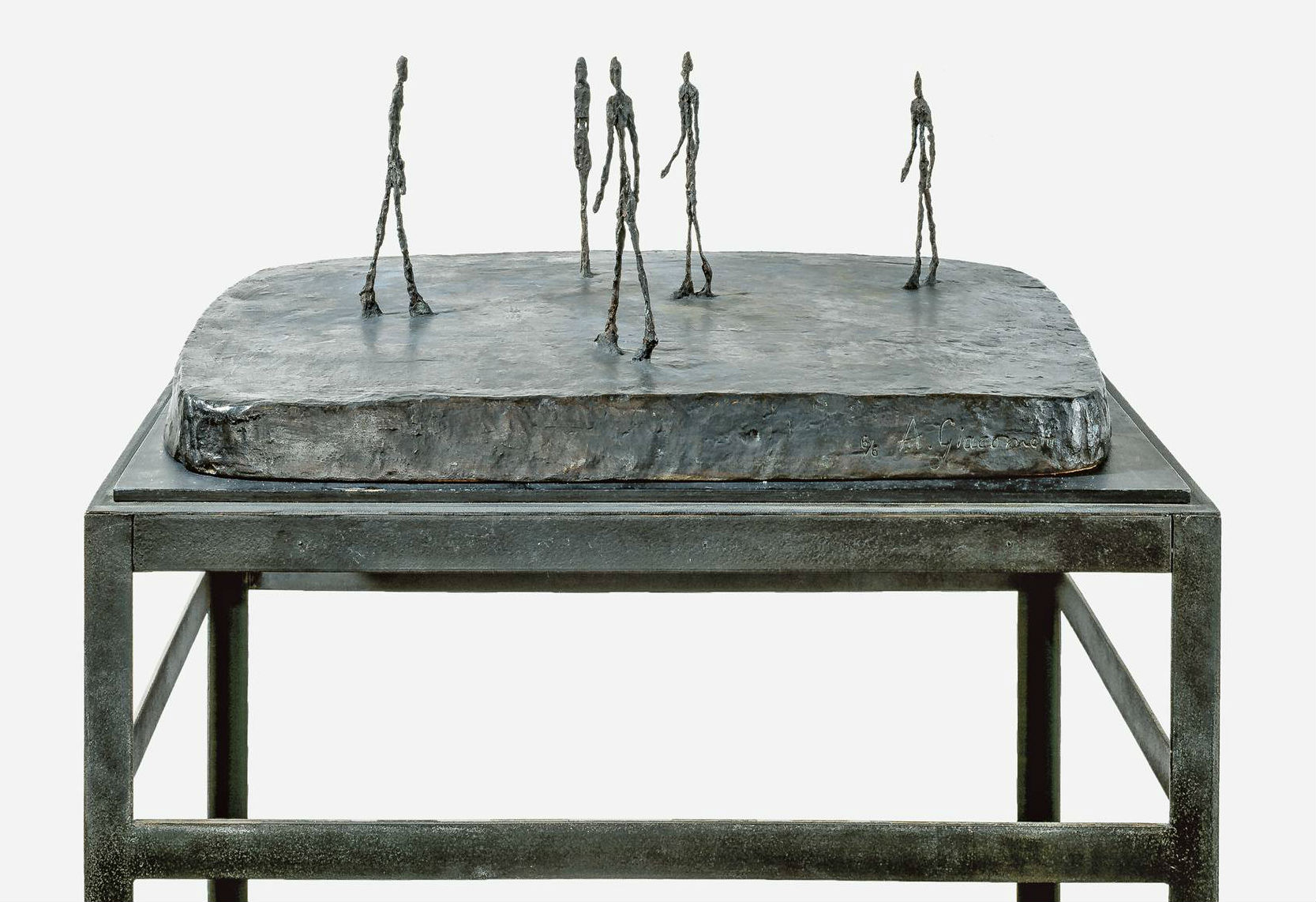 Alberto Giacometti became one of the most important artists of the 20th century due in large part to the undisputedly unique qualities of his sculptures, which have assured an enduring legacy.

END_OF_DOCUMENT_TOKEN_TO_BE_REPLACED 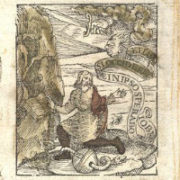 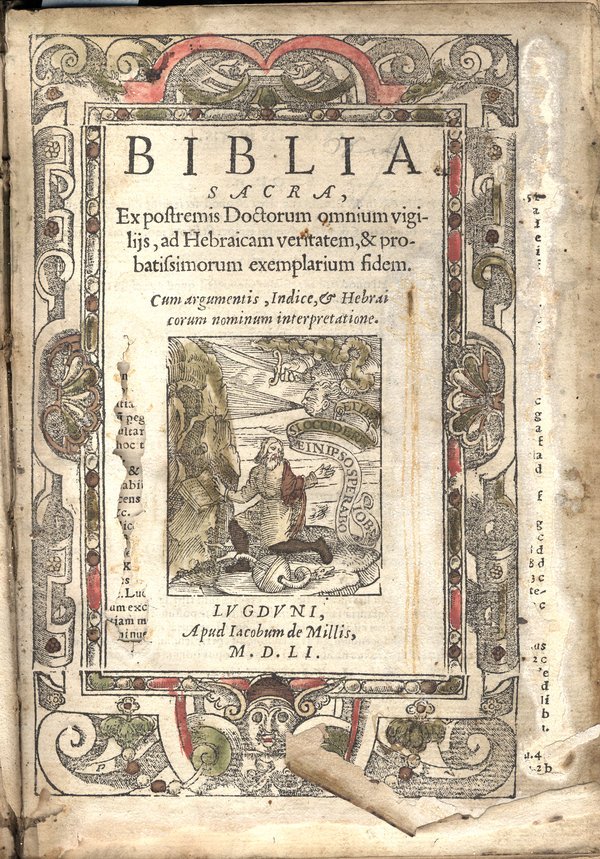 SYBERTSVILLE, Pa. (AP) – Some of the pages in the books are yellowed and brittle from age, while others remain unblemished. But they’re all gently turned by the hands of a Sugarloaf Township man, their safe keeper, offering a quiet swoosh or crinkle each time he turns them.

END_OF_DOCUMENT_TOKEN_TO_BE_REPLACED 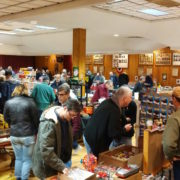 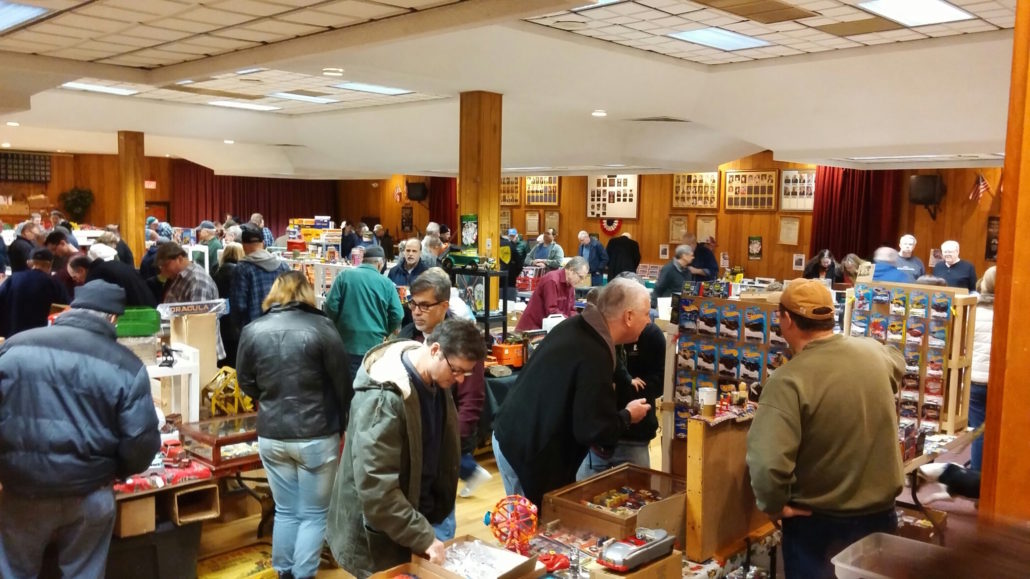 There’s always a full house at the Vintage Toys, Trains & Collectible Show in Binghamton, N.Y. Image provided by The Humane Society of Binghamton

BINGHAMTON, N.Y. – Do you yearn for an old-fashioned toy show brimming with great toys, trains and dolls, and friendly dealers who love to chat and share their knowledge? Just such an event will take place this Saturday, Feb. 18, in Binghamton, New York. The Vintage Toys, Trains & Collectible Show, a fundraiser for the local humane society, has grown into a full and very popular event featuring vintage toys, trains, dolls, plastic models, die-cast automotive toys and much more. It will be held from 10 a.m. to 3 p.m. at the American Legion Post 1645 Hall, 177 Robinson Street in Binghamton. 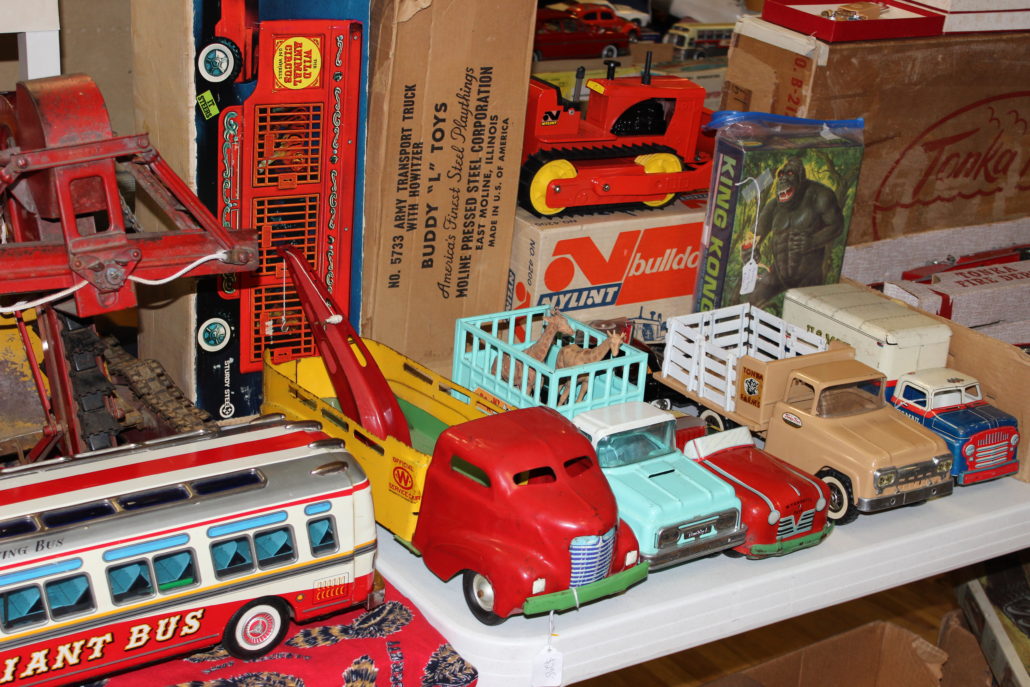 Pressed-steel automotive, tin-friction toys and even King Kong can be found at the popular show. Image provided by The Humane Society of Binghamton

This show has all the elements toy collectors remember from the regional shows of the early 1990s. There’s free parking, lots of delicious food, a bake sale, and a low, low admission price of only $3. Children under 12 are free if accompanied by an adult. 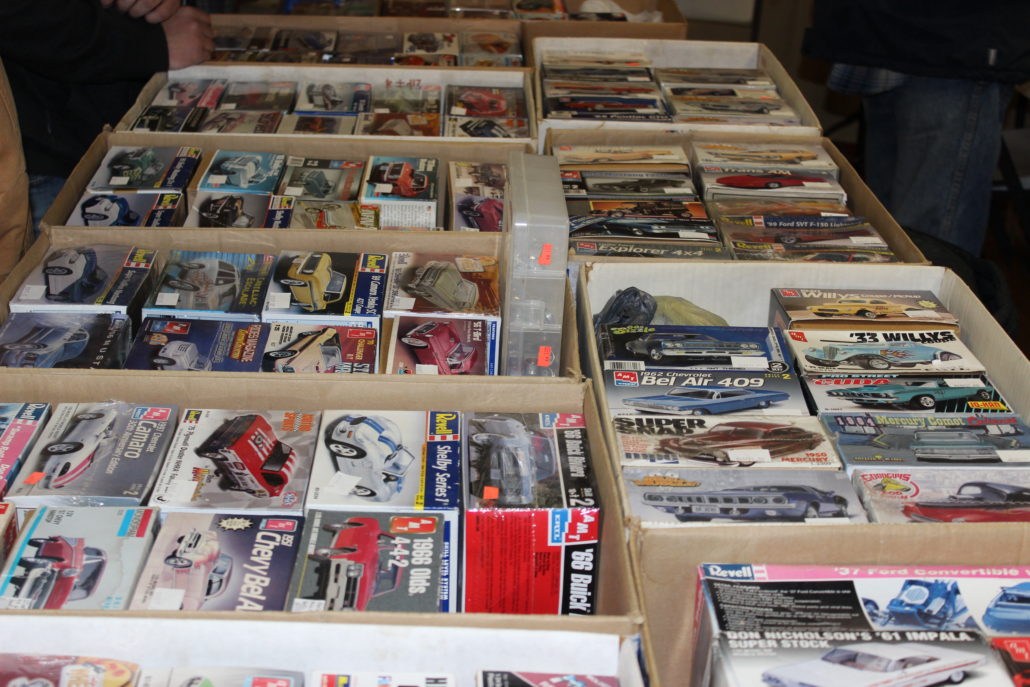 Remember old Revell model kits? There were many available at last year’s edition of the Vintage Toys, Trains & Collectible Show. Image provided by The Humane Society of Binghamton

Not only has this show developed the reputation of being a great place to discover very desirable toys pulled from the attics and closets of multi-generational homes in New York’s southernmost tier, but also from residences in nearby Pennsylvania and western Massachusetts. Best of all, the show’s profits will help homeless animals who are cared for by The Humane Society of Binghamton. 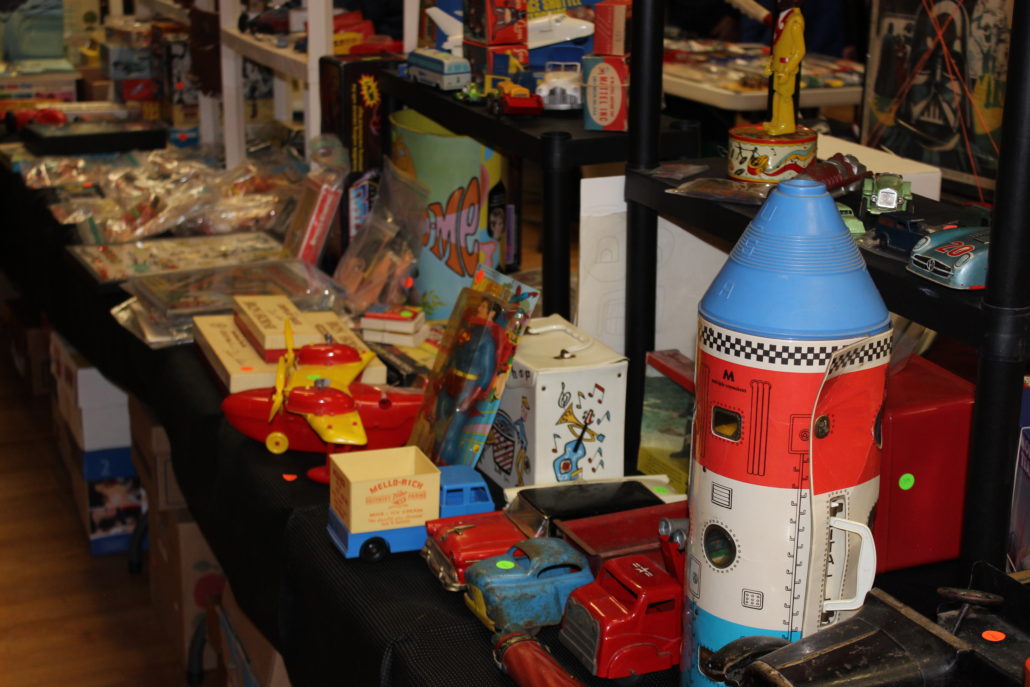 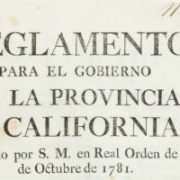 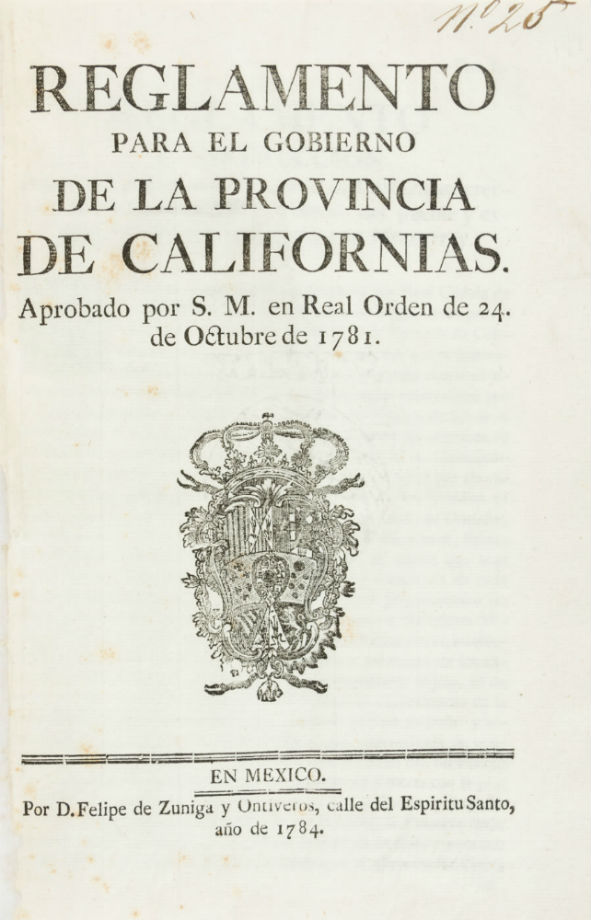 SAN FRANCISCO – On Feb. 23, PBA Galleries will offer a first edition of the first printed laws governing Upper California, Reglamento para el Gobierno de la Provincia de Californias. These series of regulations dealt with reform within California presidios and issues of defense as well as local governments, agricultural regulation, land titles, anti-corruption measures and the reduction of missionaries from the late 18th century until California became a state in 1850. The rare book is estimated at $200,000-$300,000. Absentee and Internet bidding is available through LiveAuctioneers.

END_OF_DOCUMENT_TOKEN_TO_BE_REPLACED 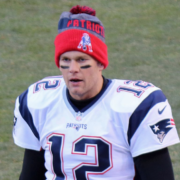 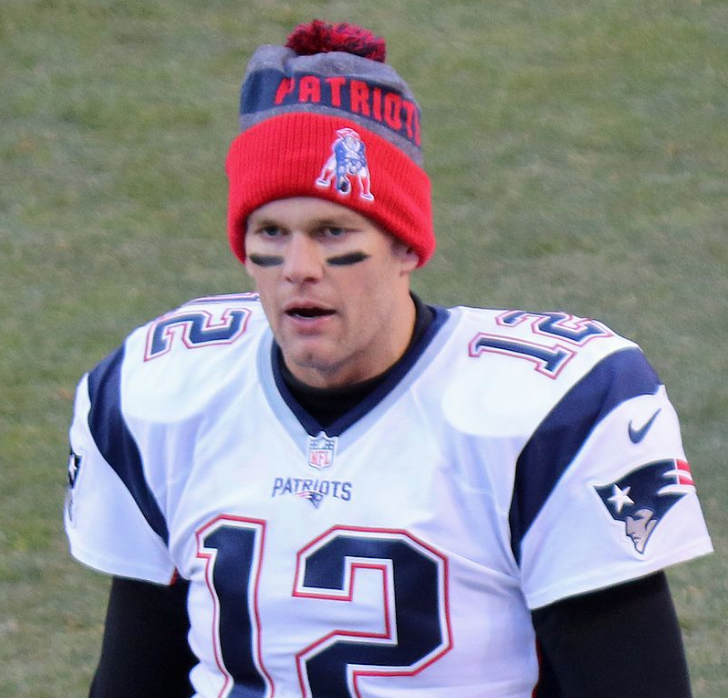 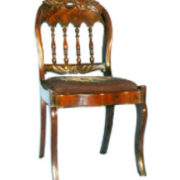 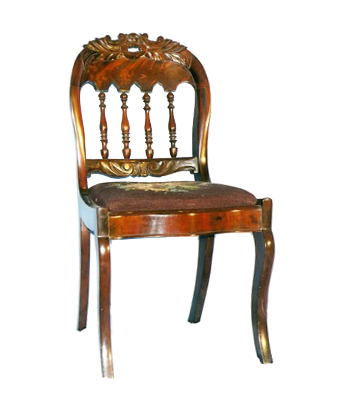 Close comparison of the spindles of this Empire/transitional chair reveals the variations produced by handwork in ‘identical’ turnings. Since we expect them to be identical they appear to be until inspected and measured.

CRYSTAL RIVER, Fla. – When field cut lumber, recently converted from timber, finally reached the 18th century cabinetmaker’s shop, his main tasks were to cut and shape the wood to his own design and to smooth the surface. He and his journeymen and apprentices accomplished these tasks with an amazingly small array of hand tools, some of which would be familiar to us today and some that many of us would have no idea how to employ.