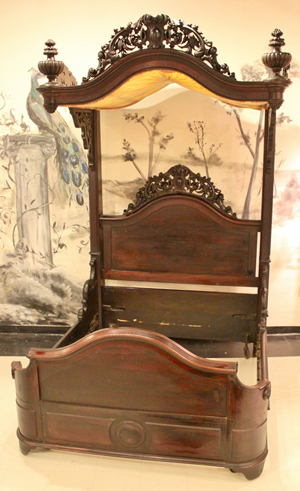 This magnificent Victorian rosewood half tester bed, attributed to Prudent Mallard, was the sale’s top lot, at $24,780. Ahlers & Ogletree image.

ATLANTA – A magnificent Victorian rosewood half tester bed, attributed to the renowned 19th century American furniture maker Prudent Mallard, sold for $24,780 at a Summer Estates Auction held Aug. 4 by Ahlers & Ogletree, in the firm’s gallery located at 715 Miami Circle in Atlanta. The bed was the top achiever of the 650 or so lots that came under the gavel. Internet live bidding was provided by www.LiveAuctioneers.com.

“There was a lot of positive energy in the room and everybody had a good time,” said Robert Ahlers, president of Ahlers & Ogletree of just the young firm’s fifth auction. “Many lots sold for more than what we expected, which was a nice surprise, and others brought about what we estimated them for. Overall it was an exciting event. We got lots of positive feedback.”

Ahlers & Ogletree is fast becoming a rising star in the region’s auction industry, having already established itself as a premier player in the Southeastern states after just a handful of auctions.

Following are additional highlights from the auction. All prices quoted include an 18 percent buyer’s premium.

Lamps and lighting ignited the crowd and illuminated the room. A Tiffany Studios 10-light lily lamp, marked on the gilt bronze lily plant base and having 10 “stems” holding 10 gold iridescent Favrile glass “lily” shades, realized $21,240; and an early 20th century Duffner & Kimberly table lamp with stained and leaded glass shade on a polished bronze base hit $3,835.

From the furniture category, tables seemed to dominate the list of top lots, led by an R.J. Horner banquet table with nine 12-inch-wide leaves, which sold for $4,720. A classical Federal New York table attributed to J. & J.W. Meeks, made circa 1830-1840 with D-shaped drop-leaf ends raised $3,540. A rare undecorated and signed Kelvin and Laverne table with rectangular molded edge made $3,068.

Also, a modern brass console and mirror by Mastercraft, having six drawers and with Bernhard Rohne acid-etched details, measuring 30 inches tall by 78 inches wide for the console, rose to $4,484; and a late 19th or early 20th century French Art Nouveau table, rectangular, with molded edge and exotic wood veneer marquetry inlay of leaves, 29 1/2 inches tall, made $2,006.

An embroidered velvet panel made for the New York Vanderbilt mansion by the Herter Brothers, having a minor tear and wear that was commensurate for its age, went to a determined bidder for $4,425. An important 18th century American mourning silk embroidery, depicting a young woman in classical dress weeping at a tomb set in a landscape, hammered for $4,130.

Ahlers & Ogletree is a multi-faceted, family-owned business that spans the antiques, estate sale, wholesale, liquidation, auction and related industries. The firm is always accepting quality consignments for future auctions. To consign an item, an estate or a collection, you may call them at 404-869-2478 or you can send them an e-mail at info@aandoauctions.com. 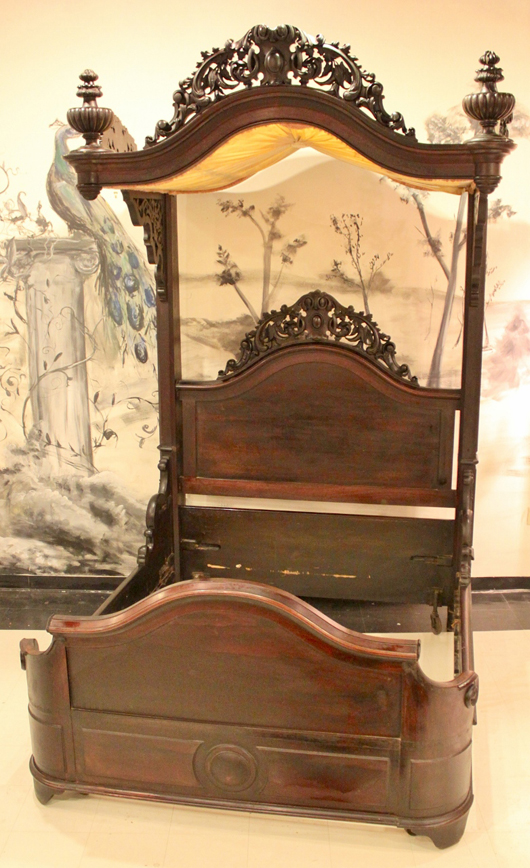 This magnificent Victorian rosewood half tester bed, attributed to Prudent Mallard, was the sale’s top lot, at $24,780. Ahlers & Ogletree image. 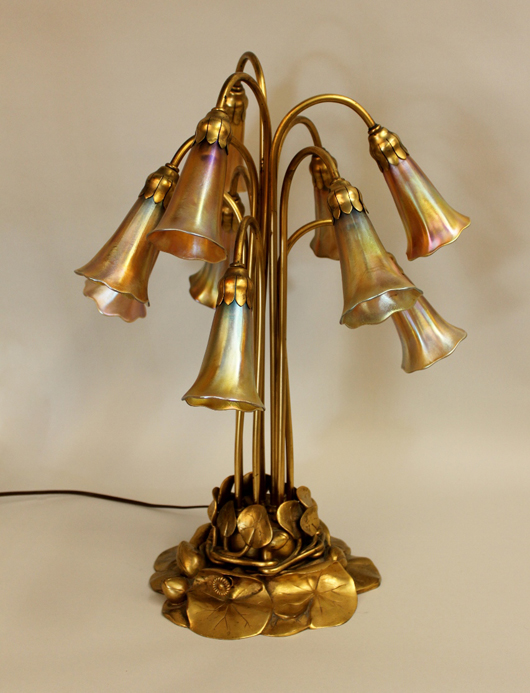 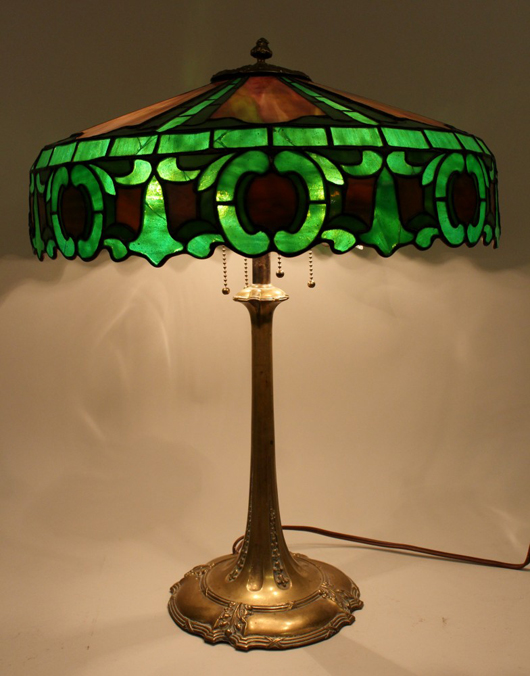 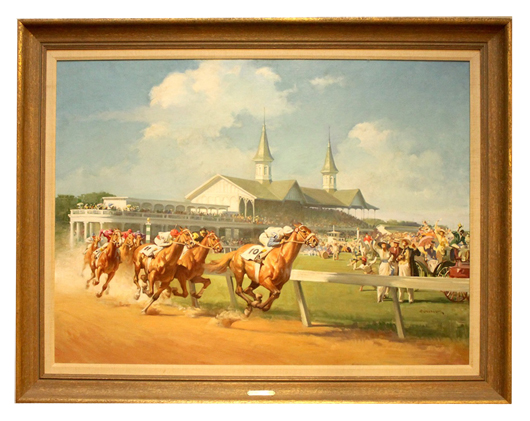 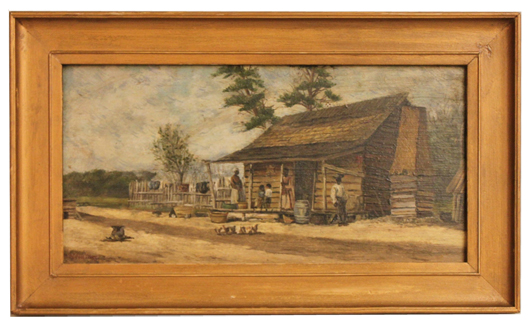 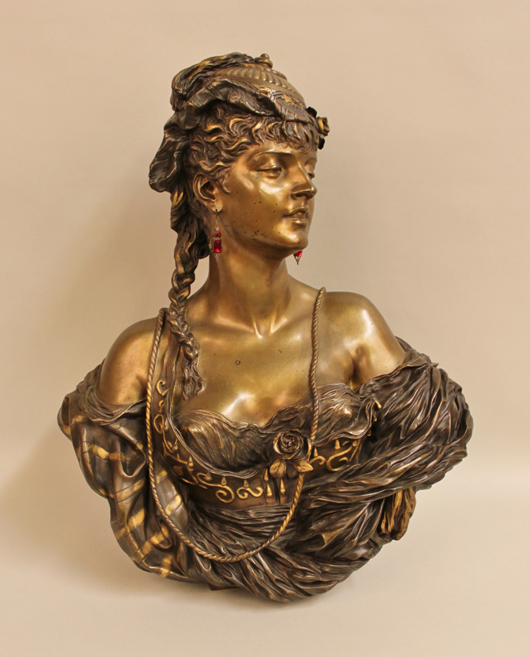