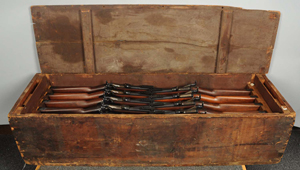 DENVER, Pa. – Morphy’s Jan. 11 Firearms sale, anchored by a fine 35-year private collection, grossed $1.8 million and was 100% sold, according to the central Pennsylvania auction company’s CEO, Dan Morphy. Two desirable Colt pistols shared top-lot honors in the 633-lot sale, knocking down $96,000 each. All prices quoted in this report are inclusive of 20% buyer’s premium.

“We knew from the amount of interest shown prior to the sale that it would probably end up being our most successful Firearms sale ever, and that’s exactly what happened,” said Morphy. “There were 2,800 registered bidders, 150 of them in the gallery, which was standing room only. Several of the country’s biggest firearms buyers were bidding, either in person or over the phones, and there were more Internet bidders [through LiveAuctioneers] than we’ve ever had for any Morphy’s gun sale. If I could describe their bidding style as a whole, I’d say it was very confident. It’s been our experience that whenever genuinely rare firearms appear in the marketplace, bidders don’t hesitate. They go for it.”

Making it a Colt trifecta at the top of prices realized, a Colt production Model 1910 9.8mm test pistol, the first of only four produced for government trials, was offered together with a very scarce box of 9.8mm Colt ammunition. Entered as Lot 147, it secured a winning bid of $90,000.

Lot 396, a New Haven Arms production lever-action .41 caliber carbine – a short musket or rifle historically used by cavalry – exhibited a pre-Civil War magazine-loader design that influenced later Henry and Winchester lever-action rifles and carbines. “Firearms of this type are very rarely encountered on the market,” said Morphy Auctions’ general manager, Kris Lee. That statement was borne out by the price realized: $40,800 against an estimate of $15,000-$25,000. Another noteworthy rifle of the antebellum era was Lot 301, a rare Smith-Jennings .54 caliber model with a serial number of 115, achieved $34,800 – more than three times its high estimate.

Lot 389, a handsome Winchester 1886 45/90 caliber WCF Sporting Rifle with a full magazine in its octagon barrel, retained a Winchester letter of authentication and sold well above estimate for $16,200.

A Webley World War I production of the Webley-Fosbery Model 1914 .455 caliber Cordite automatic revolver was entered as Lot 114 and came with a leather holster engraved “Glen C. Holland, Gordon Highlanders,” referring to the famous Scottish Highlands regiment. Estimated at $8,000-$10,000, the antique weapon reached $18,000 at auction.

An unusual entry, Lot 305 consisted of an original armory crate containing 20 Model 1884 “trapdoor” rifles with bayonets in very good to fine condition. The consignor had purchased the crate of weapons from the Montana National Guard. It was offered complete with inserts used to protect the firearms during shipment. The lot was bid to an above-estimate price of $34,800.

“We were extremely pleased with the response to this sale,” said Kris Lee. “Buyers drove and flew in three weeks prior to the sale to preview the collection privately. The week of the auction was so busy we had to race to keep up with the requests for condition reports, questions and showings. It was a great sign that the sale was going to be a success.”

Lee said that after the event concluded, the feedback was “overwhelmingly positive…Many buyers were first-time bidders with us, and they were impressed with our operation and the quality of what we were selling.”

Morphy Auctions’ next Firearms sale will be held on July 19, with Internet live bidding through LiveAuctioneers. Consignments will be accepted until May 12. For additional information, contact Kris Lee at Morphy Auctions by calling 717-335-4570 or emailing kris@morphyauctions.com. 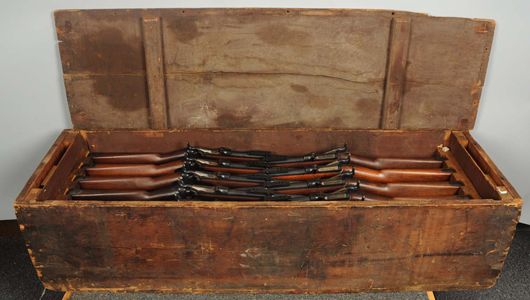 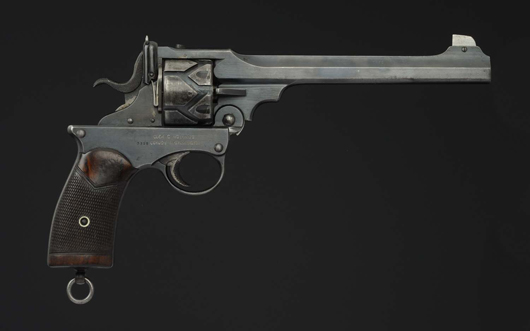 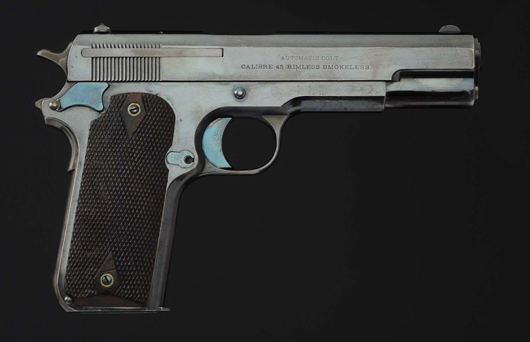 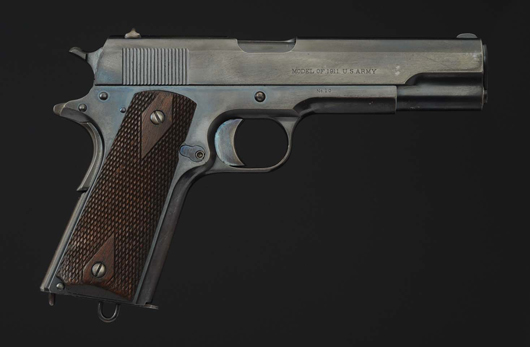 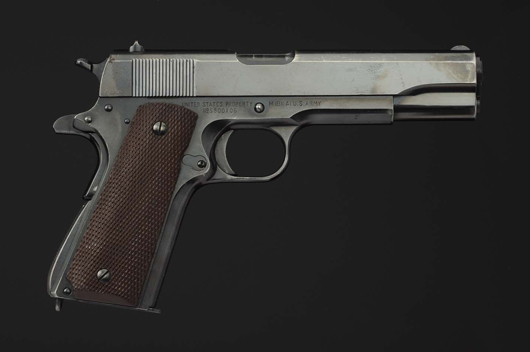