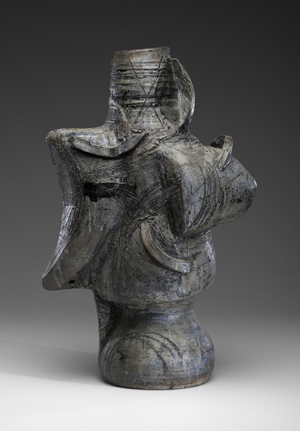 Masterworks from the Art of Peter Voulkos hit the auction block in the ceramics portion of the sale. The highest-selling lot in the auction was an untitled stoneware sculpture from 1957 which hammered down at $39,000. Another untitled vase from 1957 more than doubled its preauction estimate of $7,000/10,000 and sold for $24,000.

Other piece by Lucie Rie, titled Pink and Grey Bottle/Vase, eventually sold for $24,000. This is a signature form known as the “stamp vase.” A similar work was chosen by the Royal Mail in 1987 adorning one of four stamps to commemorate the achievement of British potters.

Other items that garnered high prices in the auction were pieces by Robert Arneson, Michael Lucero and Ken Ferguson. Michael Lucero’s most famous work, Young Lady with Ohr Hair, realized $23,370. A piece by Robert Arneson, titled Pot Kisser, sold for $7,995, and another Arneson self-portrait shot glass realized $4,059. Ken Ferguson’s Triple Udder Mermaid Vessel smashed its original estimate of $2,500/3,500 and hammered down at $8,610.

The highest-selling lot in the 20th Century Art + Design Auction was an oil on canvas painting by Giuseppe Pino titled Melissa. The painting sold for $17,220 over its preauction estimate of $8,000/12,000.

Other notable lots were a floral woodblock by Edna Boies Hopkins that sold for $5,535, a Louis Vuitton trunk realized $5,227 and a Dunbar rocking chaise by Edward Wormley sold for $6,600.

For more information about the auction or to consign for future auctions, visit www.cowans.com or contact Sam Cowan at sam@cowans.com or call 513-871-1670. 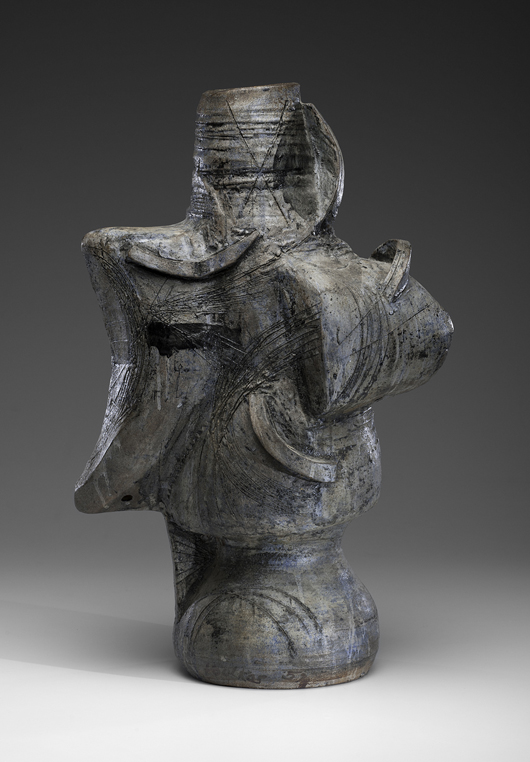 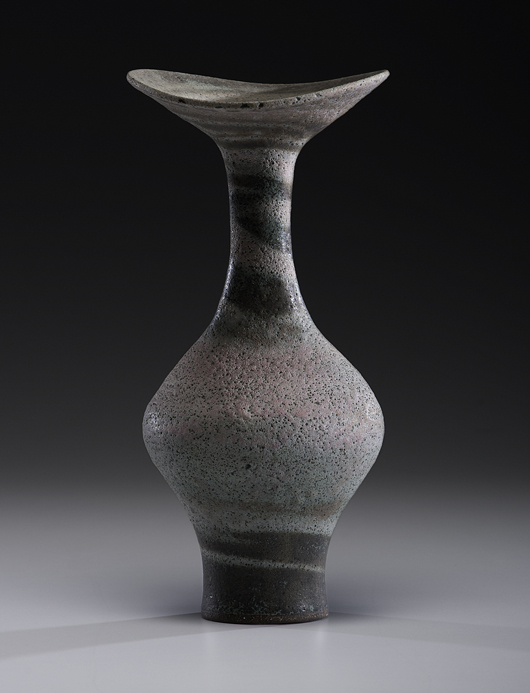 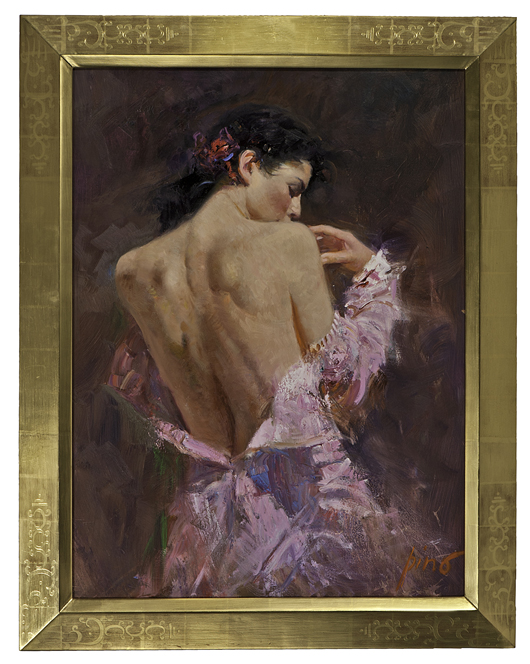