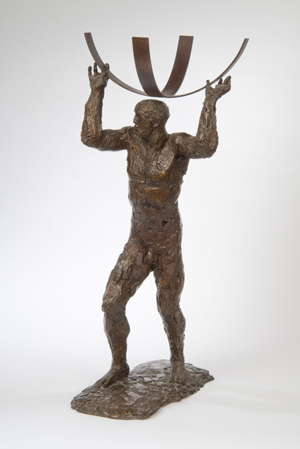 ESSEX COUNTY, UK – Almost 1,000 lots from the one of the most complete house content sales to be sold in East Anglia this century went under the hammer Oct. 15-16 for a total of £936,000. Sworders Fine Art Auctioneers conducted the auction, which was titled “An Architect’s Eye, a Collector’s Passion.” LiveAuctoneers.com provided Intenet live bidding.

The collection of art and furniture had been gathered over the last 50 years by Bobby Chapman and his wife, Virginia, and kept at their former northwest Essex home, Debden Manor. Following their move from the manor, the couple put their collection of paintings, sculpture and ceramics up for sale with Sworders. The two-day sale featuring displays recreating the layout of Debden Manor, was held this week at Sworders’ Essex auction rooms in Stansted Mountfitchet.

Bobby Chapman was a founding partner of the international architectural practice Chapman Taylor Partners, whose work included New Scotland Yard, Lakeside Shopping Centre and the refurbishment of London’s St Pancras Station. His professional work with sculptors such as Dame Elisabeth Frink and Bill Pye was reflected with their work featuring in the sale.

“It was standing room only in the auction room on both days of this unique event. It has taken almost a year to put everything together and our layout of the lots in re-creations of their original room settings made an atmospheric backdrop to the auction,” said Guy Schooling, Sworders’ managing director.

Highlights of the auction included a maquette by Dame Elisabeth Frink of her bronze Atlas, which sold for £27,000 alongside her pencil sketch of the piece, which made £8,000. The full-size original now stands in the Yorkshire Sculpture Park in Wakefield. A George II mahogany hall seat, c.1758, similar to those at Houghton Hall, Norfolk, which were designed by William Kent, sold for £37,000. And a Chinese ox-blood brush pot, measuring just under 13 centimeters high with a simple glaze described as “mark and period” from the mid 19th century which had a guide price of £1,000 to £1,500, sold to a Chinese buyer for £13,500.

Schooling added: “We have great links with the growing antique market in China, so it was very satisfying to see bids fly from overseas and in the UK for the Chinese brush pot. In all, we had registered buyers from 37 different countries.”

ick here to view the fully illustrated catalog for this sale, complete with prices realized. 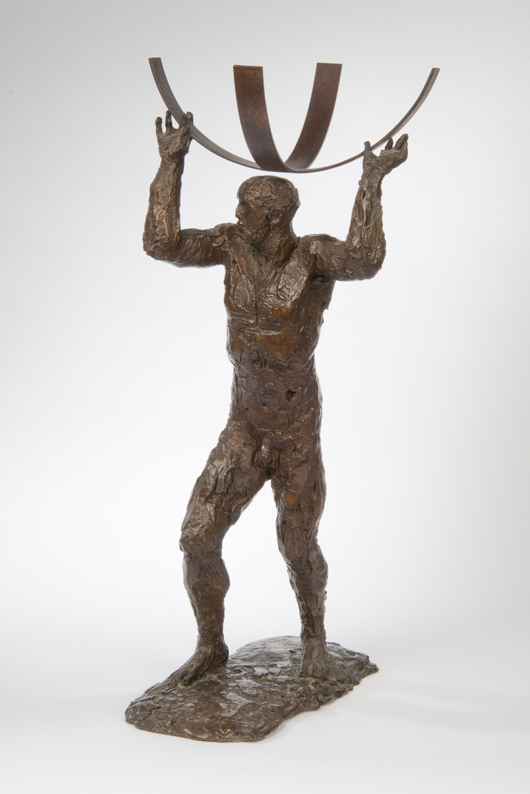 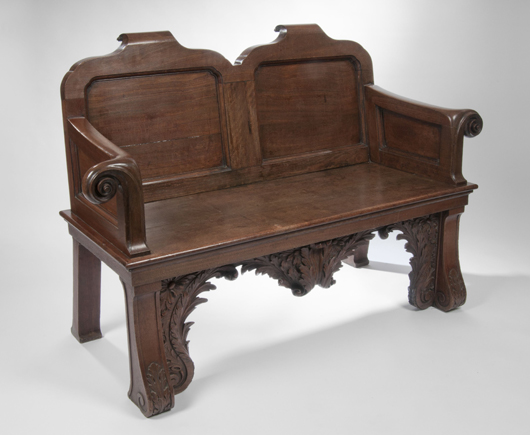 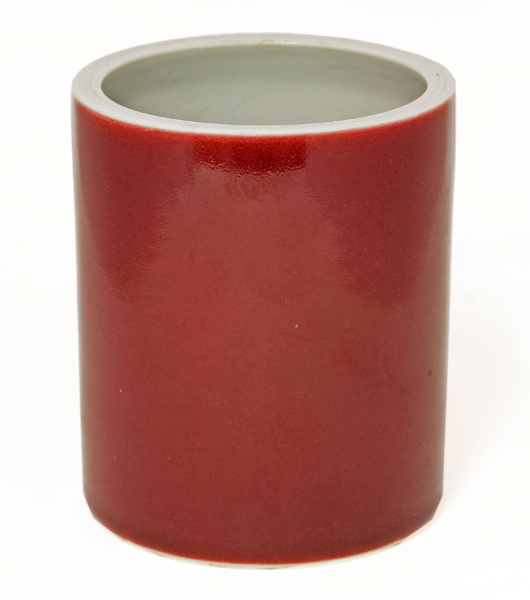 Christmas wishes to be granted at Bertoia’s Nov. 8-10 auction
Scroll to top