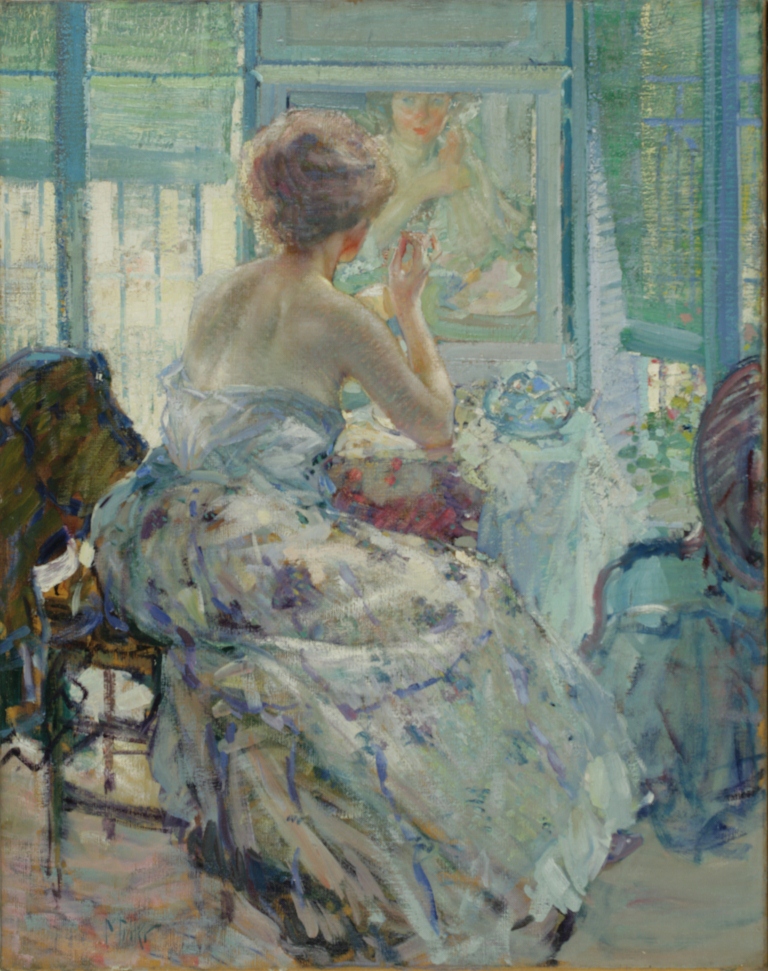 NEW YORK – Despite a weeklong postponement due to winter weather, Keno Auctions’ Pop-Up auction boasted an 87 percent sell-through rate on Jan. 31. An American Impressionist painting from a Rhode Island estate brought nearly a quarter of a million dollars.

Richard Edward Miller’s Woman at her Vanity with Earring (above) was in untouched condition and had been in the same family for more than a half of a century.

“The painting is fresh and vibrant, as it displays the subject matter, light and color play that Richard Edward Miller was experimenting with successfully in Giverny, France from 1910 to 1915,” said Leigh Keno. “This is one of the finest works of his oeuvre, evidenced by the spirited bidding among several phone bidders and final sale result of $245,000.”

A small box incited a spirited battle between phone and Internet bidders, resulting in a hefty price of $18,750, nearly five times the estimate. Attributed to one of the Pennsylvania Compass Artists, the painted and decorated dome-top box, at just 3 15/16 inches tall by 4 7/16 inches wide, is perhaps the most diminutive example known. It also contained a hollow painted and decorated egg with a partially illegible inscription and the date, “1841.” Aside from missing its upper tin clasp, the box was in virtually untouched condition, with darkened original varnish covering bright painted decoration.

A historic work of art painted by Gilbert Stuart sold for the second highest price of the day at $185,000. Painted in 1795, George Washington (below) is certainly the rarest, and perhaps the most iconic, of Stuart’s two bust-length depictions of the president. 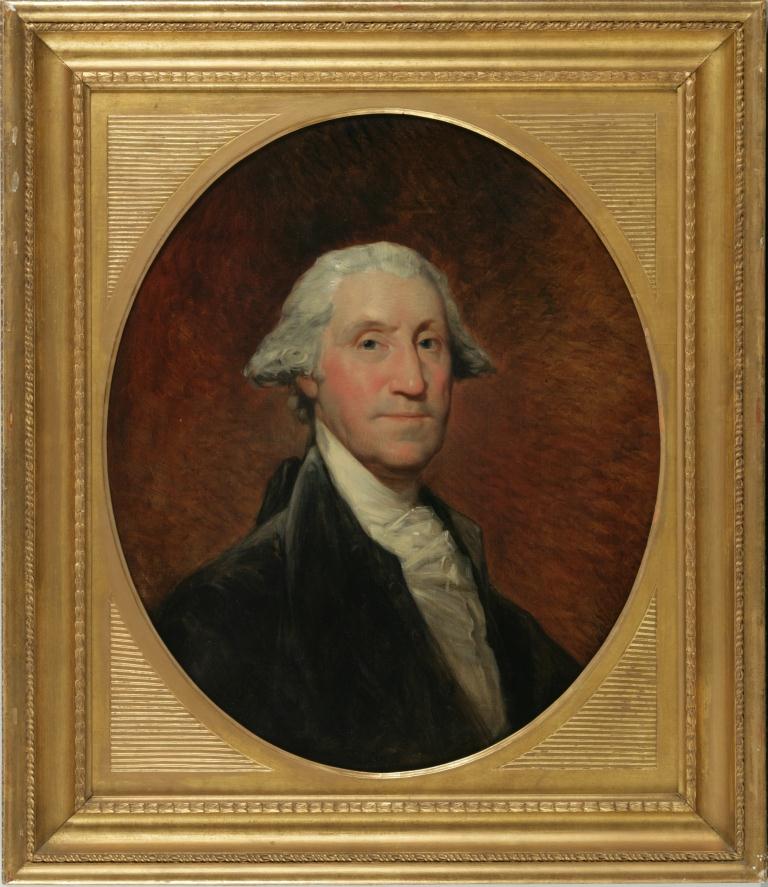 “Vaughan Type” portraits, which show the right side of Washington’s face, resulted from his first sitting with the artist in the spring of 1795; only 17 other copies by Stuart are known. (Examples of the other bust-length version, with the sitter showing the left side of his face, are dubbed “Athenaeum Type” and number about 75). “A Vaughan Type portrait by Stuart has not been recorded in auction records for the past 35 years, and the majority of the 17 other known examples are in the collections of major institutions such as Colonial Williamsburg, the Frick, the Metropolitan Museum, the National Gallery and Winterthur. It was certainly the buy of the sale,” said Keno.

All prices include buyer’s premium.

Absentee and Internet live bidding were available through LiveAuctioneers.com.