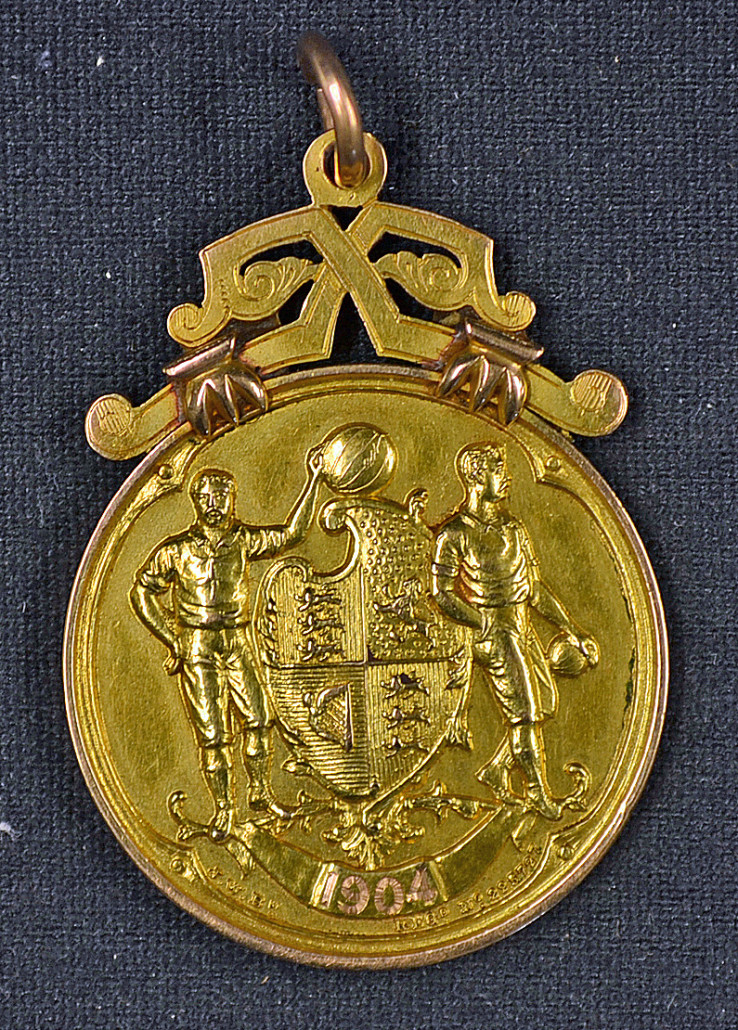 STRETTON, UK – Vintage football and rugby memorabilia will be contested at an auction presented by Mullocks Specialist Auctioneers & Valuers on Thursday, Dec. 10.

A rare piece among the 900-plus lots is a gold medal awarded to a player on the Manchester City Football Club for winning the FA Cup in 1904, the first major trophy that city achieved. The gold medal was presented to Sam Ashworth, who played in the cup final at left half (the old no. 6 position) for Manchester City. Teammate Billy Meredith scored the only goal in the 1-0 win over Bolton Wanderers at the Crystal Palace grounds. The 15K gold medal comes complete in the original presentation case and is considered one of the most important City items to have come to the open market in recent times. It carries an estimate of £8,000-£10,000.

Manchester United and Liverpool Football Club are also represented in Thursday’s auction. United football programs from the early 1940s onward include the first match program when Matt Busby took over as manager of Manchester United for the game against Bolton Wanderers in October 1945.

All these and many more are in the Mullocks auction in Ludlow and are mementoes of a bygone era related to the history of both Manchester City and Manchester United and will be of interest to all the followers of the history, tradition and achievements of both clubs prior to the world wide promotion of football in general.

Reading the Streets: Nova by Softlab
Scroll to top