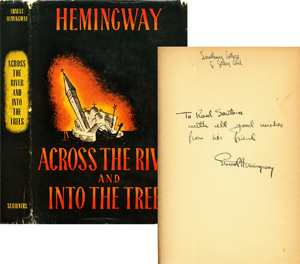 Ernest Hemingway signed first printing of Across The River and Into The Trees. Image courtesy Signature House.

BRIDGEPORT, W. Va. – Signature House will launch its fall offering of more than 1,100 lots in 16 main categories of autographs, documents, books, art and related collectibles with a two-session sale on Oct. 24-25. LiveAuctioneers.com will provide the Internet live bidding.

Auctioneer Gil Griggs commented on the variety available in the sale: “We have a wide-ranging and exciting offering this season with a number of highly desirable notables as well as more specialized selections for those looking for that special piece to enhance their Colonial or Americana collections…”

Holyland antiquities and Medieval Book of Hours leaves are among the earliest offerings. Celebrating Columbus’ sighting of the New World in October 1492, the sale includes a Royal Spanish document signed by his sponsors King Ferdinand and Isabella, Lot 324. A French document signed by King Charles IX of France as well as uncommon Swedish royalty, Lot 336, will also be featured in the first session.

Of note is a significant Revolutionary War-date document penned and signed by John Hancock, Lot 39, plus an important original copy of the 1864 Sugar Tax Act, Lot 38, the first significant law passed to tax the colonies for raising revenue for the Crown leading to the American Revolution. Another important entry is a 1793 edition of the Works of Benjamin Franklin.

One of the most exciting lots, said Gil Griggs, is a Remington-Beals Navy conversion revolver belonging to Civil War general and Indian fighter George Custer, Lot 92. The identified September 1858 Patent pistol is stamped in typical fashion with his name on the underside of the barrel, and dated 1869. Within the provenance papers is the more colorful suggestion that it was retrieved by an Indian and exchanged for blankets and grain. “It is well known Custer favored the Navy pistols, and the 19th-century-style name stamp is not unlike that found on other guns he owned,” said Griggs.

A large Military category is marked by the inclusion of several WW II collections from the estate of noted collector Michael Miner. Included also are handwritten letters by George Patton Jr., Lot 187, and wartime autographs of General Eisenhower, as well as other Allied and Axis officers, fighter aces; and many more from WW I through Vietnam.

Among Nobel Laureates and inventors is an elegantly presented photograph of Thomas Edison, Lot 412.

Material related to pioneer aviators from Orville Wright to Charles Lindbergh to Mercury and Apollo astronauts are all among the offerings during the first session.

Handwritten letters by President George Washington, Lot 478, and Vice President Thomas Jefferson, Lot 485, as well as a John Adams-signed free frank start off the second session. A handwritten letter by new President Abraham Lincoln was penned just two days before the bombardment of Fort Sumter, Lot 516. Signed letters from nearly all American Presidents and other documents will be offered.

Two signed lithographs by Emil Ganso begins the Artists section. A lovely first edition display of Lady and The Tramp signed by Walt Disney is also featured. A letter by Caruso, signed photos by Giovanni Martinelli and a musical quote by Respighi highlight the Opera and Composers presentations.

A first edition, first printing of Across The River and Into The Trees flat signed by Ernest Hemingway, Lot 768, leads the Literature section, which is further highlighted by first editions by Harper Lee. A very desirable edition from the library of Thomas Gray signed by him as “T. Gray,” not with his usual initials, makes this a rare signature of the famed poet, Lot 799.

Also available are two checks signed by the reclusive Greta Garbo, Lots 877-878, one of them an endorsed MGM salary check. Lot 880 is a wonderfully unique collectible signed by Hollywood and business moguls, movie stars and early aviators. A flight logbook owned by a pilot flying from famed Ryan Aeronautics Lindbergh Field in San Diego was signed during Hollywood’s Golden Years by aviator and film producer Howard Hughes, producer Samuel Goldwyn, film exec Ben Lyon, stars Wallace Beery, Harpo Marx, Dolores Del Rio and others, as well as early aviators, some used by Hughes as stuntmen in his flying epics.

The auction concludes with a Sports section containing a Boston Red Sox team-signed game-used baseball from Game 2 of the 2004 ALCS, Lot 1087. Football stars, boxers, golfers and other sports notables round out the category. 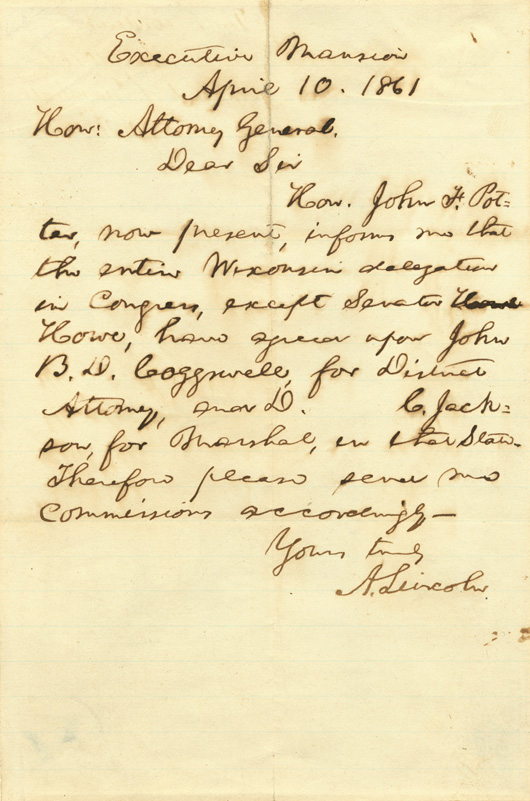 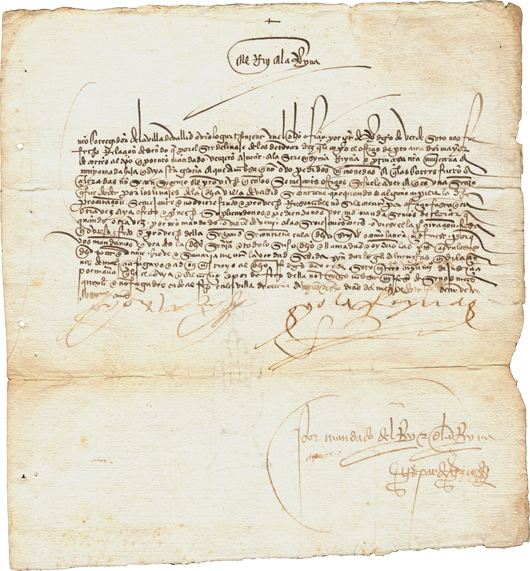 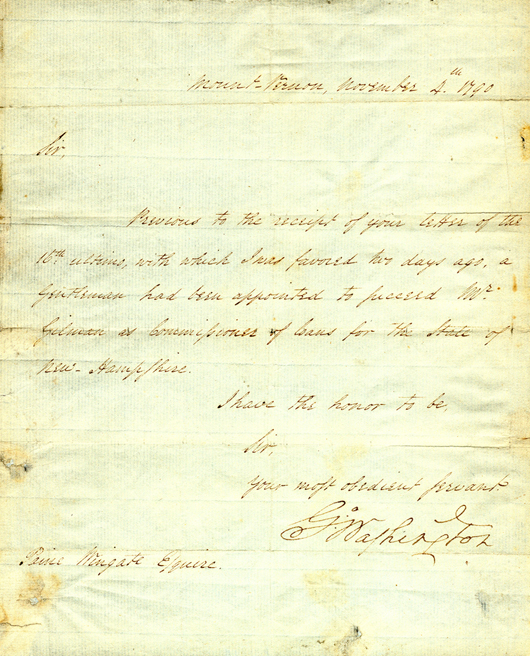 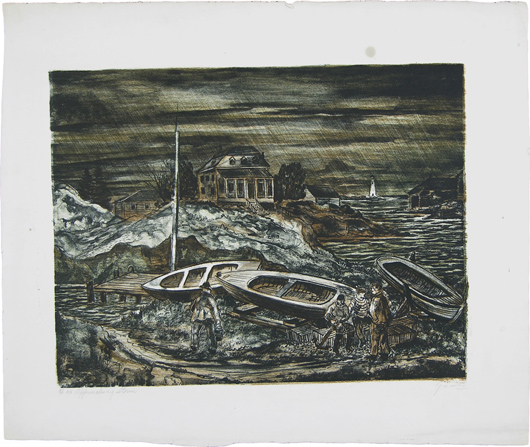