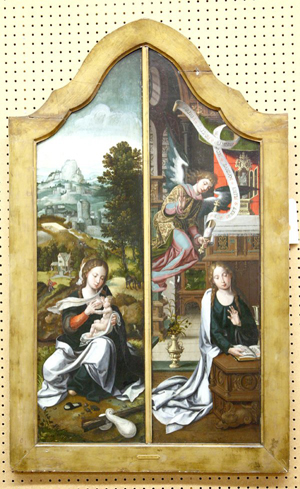 ‘The Annunciation’ and the ‘Rest on the Flight into Egypt’ are depicted on this oil on panel diptych from the workshop of Dutch master Pieter Coeke van Aelst the Elder. Image courtesy of Clars Auction Gallery.

The standout of the sale is a striking oil on panel diptych from the workshop of 16th-century Dutch master Pieter Coecke van Aelst the Elder depicting both the Annunciation and the Rest on the Flight into Egypt. With an estimate of $20,000-$30,000, the piece is a stunning example of the precise perspective, setting and detail that characterize paintings of the Northern Renaissance.

The diptych heads a diverse group of noteworthy art that will be offered. After the Storm, an oversize oil painting by late 19th-century Polish artist Thaddaus Popiel, depicts a group of farmers grimly observing the destruction wreaked by a recent storm as the skies clear behind them. Popiel’s style is reminiscent of Millet’s famous peasant genre paintings. Deaccessioned from the Denver Art Museum, the painting is expected to sell between $12,000-$18,000.

Clars’s collection of furnishings this month showcase one of the highpoints of the aesthetic history of California, particularly the Bay Area – the Arts and Crafts Movement. An Arts and Crafts high-back redwood settle by renowned architect Bernard Maybeck is offered with an estimate of $10,000-20,000. Maybeck designed multiple Berkeley landmarks, including the Phoebe Hearst Memorial Complex on the UC Berkeley campus and the First Church of Christ, Scientist, as well as many local private houses, one of which housed this remarkable piece.

Another decorative highlight will be an extensive 350-piece service of Wallace Grand Baroque sterling silver flatware. The set is housed in a custom fitted midcentury modern teak silver chest, a striking contrast to the ornate silver pattern. The estimate is $10,000-15,000.

A stunning selection of fine jewelry rounds out the sale, including a diamond ring mounted in 18K white gold and set with a champagne colored diamond weighing 5.25 carats surrounded by round diamonds. This unique piece has a $10,000-$15,000 estimate. 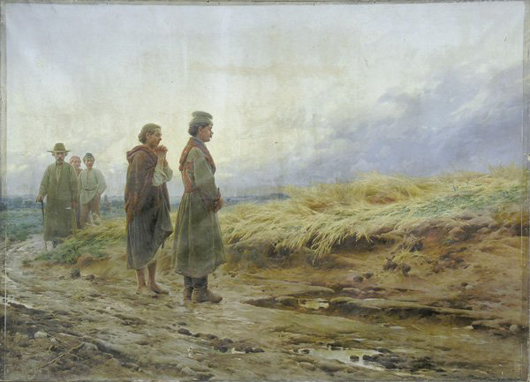 Polish artist Thaddeus Popiel’s oil on panel pictures farmers viewing damage to their crops in the aftermath of a storm. Image courtesy of Clars Auction Gallery. 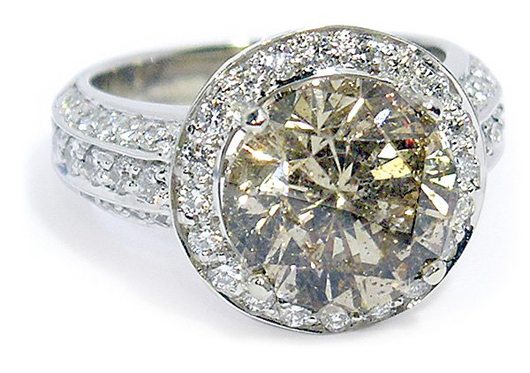 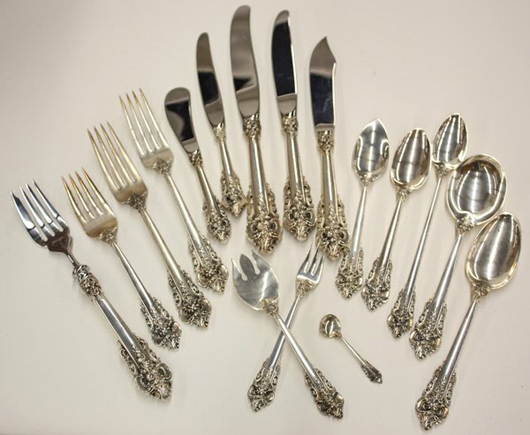 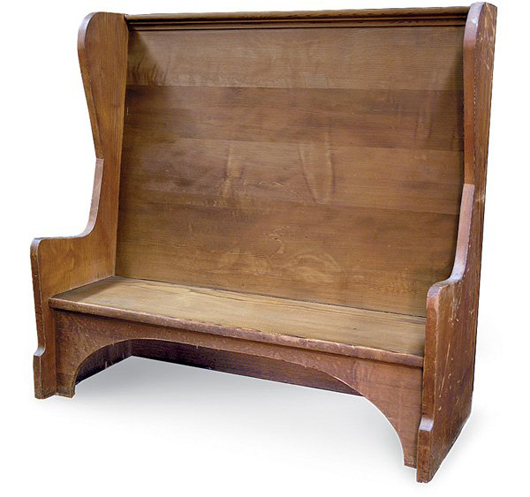