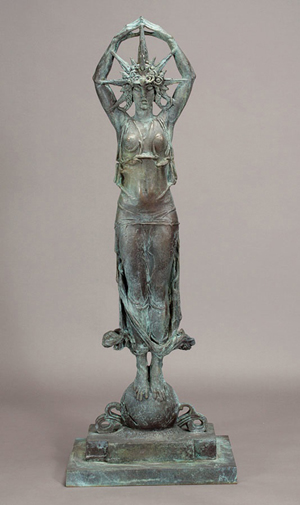 Fine art has a selection that includes 18th-, 19th- and 20th-century American and European paintings, prints, sculptures and works on paper. Furniture and decorative arts include European and American items from the 18th and 19th centuries including furniture, glass works, silver and porcelain. Finishing the sale is jewelry offerings with fine contemporary and period pieces, jadeite jade, diamonds and luxury timepieces. The sale will be held on Monday, Dec. 5, at Michaan’s main gallery located at 2751 Todd St., Alameda, CA 94501. Bidding will commence at 10 a.m. Pacific.

Michaan’s Auctions Fine Art Department will feature 138 works of fine art. Sale highlights include a matched pair of framed oils by Royal Academician Marcus Stone (United Kingdom 1840-1921) titled The Lover’s Spate and The Lover’s Embrace (lot 1014, $25,000-35,000). Painted in 1884, Stone exhibits his mastery of the romantic visual narrative by depicting the internal struggle between the sexes as they strive to find romantic harmony.

Sure to peak strong interest is Afternoon, Long Beach by renowned American painter of ship, sea and shore, Francis Augustus Silva (1835-1886). The artist methodically renders the crashing and retreating surf along the beach in meticulous detail as sailboats dot the horizon off the famed shores of Nassau County. Silva’s refined depiction of atmosphere, light and water are an especially poignant achievement as the artist was self-taught (lot 1034, $80,000-120,000).

A sculptural highlight in the sale is Star Maiden by Alexander Stirling Calder (American 1870-1945). Named director of the 1915 Panama-Pacific International Exposition, Calder created the bronze statue in a highly refined Beaux Arts style with silent film star Audrey Munson posing for the piece. One of the great American sculptors of the early 20th century, his work is found from New York City to San Francisco and is considered highly collectable in the current marketplace (lot 1134, $20,000-30,000).

Leading the clock selection for the Furniture and Decorations Department is a Westminster oak long-case clock (lot 1214, $2,000-4,000). In excellent overall condition, the arch-form hood is headed with an arch pediment above a bearded male mask. The pair of turned finials open to reveal a silver and gilt dial with applied Arabic numerals over a rectangular shaped case. Adorning the door is a harvest trophy motif and the paneled shaft is carved with a lovely tavern scene as well.

Once owned by a pop-culture figure is a massive American Aesthetic Movement stained glass window (lot 1223A, $18,000-22,000). The window was extracted from the former estate of P.T. Barnum, or what is known in Denver as the Barnum House. Phineas Taylor Barnum became one of the most recognizable entertainers of the 19th century, founding what became known as the Ringling Brothers and Barnum and Bailey Circus.

Measuring approximately 108 by 51 inches, the window depicts a partially painted winged nymph child playing the flute. She is then accented by a smattering of stylized, pastel pansy flower heads that contrast beautifully with a dark green verdant forest ground. The piece is then finished by a topaz and gold scrolling vine border and jeweled and beaded pendant swag lengths. Believed to be from around the time of the 1890s, the bottom right hand corner bears a spurious Tiffany signature.

Dutch American artisan Dirk Koperlager van Erp is best known for his metalsmith expertise, namely copper work that includes lamps, vases, bowls and candlesticks. Upon moving his shop to San Francisco in 1910, he entered a partnership with artist Elizabeth Eleanor D’Arcy Gaw. The collaboration produced collectable decorative objects of beauty, highly coveted in the current decorative marketplace. Michaan’s Auctions is fortunate to have a prime example of their copper works of art in lot 1285, a hammered copper and mica lamp ($8,000-10,000). The conical shade is fitted with double layers of mica panels with four tapering riveted battens and a domed cap. Raised on four curving upswept cylindrical arms, the bulbous ovoid copper body is fashioned with an appealing texture whose original patina remains intact.

The ornately feminine and regal appearance of period jewelry is unmistakable in the Jewelry Department’s Fine Sale collection. Heralding back to this era of refinement and elegance is a Georgian multi-stone stomacher/brooch (lot 1383, $8,500-10,000). The piece is a gorgeous example of the style of the period, containing a massive approximate 49.00-carat total gemstone weight. Estimated to be from the time of the 1830s to ’50s, it centers an approximately 15.00-carat cushion-cut tourmaline surrounded by a bevy of gemstones that includes aquamarines, topaz, garnets, amethysts, peridots, tourmalines, sapphires and zircons. Finishing the exceptional effect is a silver-topped, 12K yellow gold crown-shape mounting suspending three dangling drops. Using a variety of dissimilar but complimentary colored gemstones in Georgian jewelry is known as a technique called “harlequin,” which creates a vibrantly colored look as seen in this impressive piece. Accompanied by its original fitted and contoured pigskin box, the set is a true representation of Georgian artistry and ingenuity.

Lot 1473 is a genuine Art Deco lavalier necklace featuring a rectangular jadeite plaque attractively carved with floral and foliate motifs giving it a delicate, lace-like appearance ($4,000-6,000). It is then suspended from a platinum bail accented by 22 single-cut diamonds. The platinum chain holds 90 dainty seed pearls, perfectly accenting the antique feel of the piece. The piece also hangs gorgeously about the neckline and décolletage, greatly adding to its allure and wearability.

From a private family collection is an outstanding and authentic Art Deco ring dating to the 1930s that features completely natural components of supreme quality. The ring centers a square cut Columbian emerald weighing approximately 5.75 carats in a stunningly vibrant, translucent green hue. The sizeable gemstone is accented by six triangular-cut and 36 round-cut diamonds weighing a total of approximately 0.75 carats, set in an ornate and feminine Art Deco platinum mounting, beautifully finishing the piece (lot 1486, $9,000-15,000).

The illustrated auction catalog will be online for review at www.michaans.com. Previews will open at Michaan’s Auctions on Dec. 2 and continue daily until the day of the auction. For more information visit Michaan’s website www.michaans.com or call (510) 740-0220. 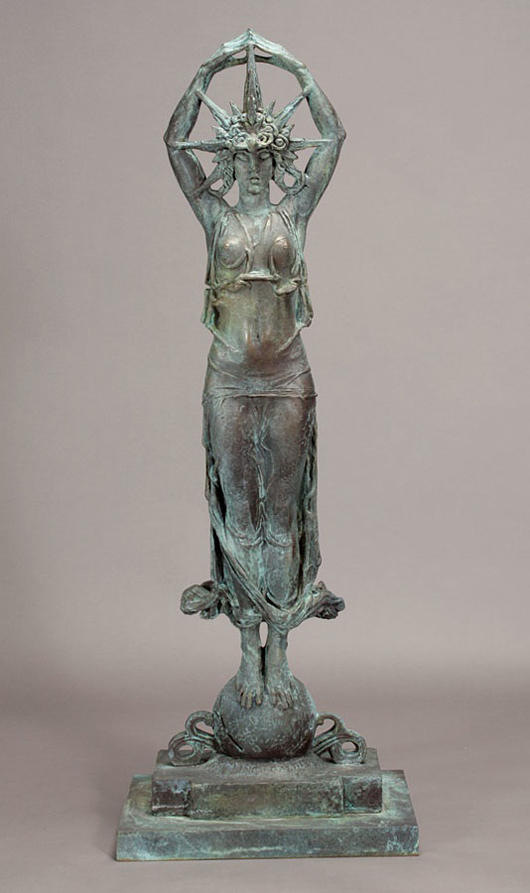 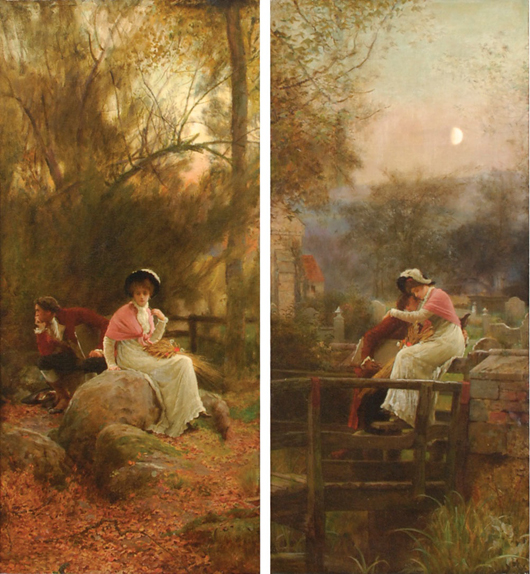 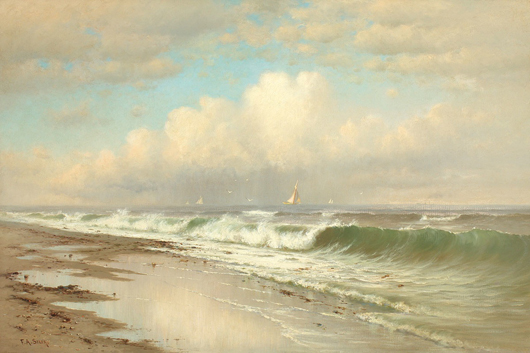 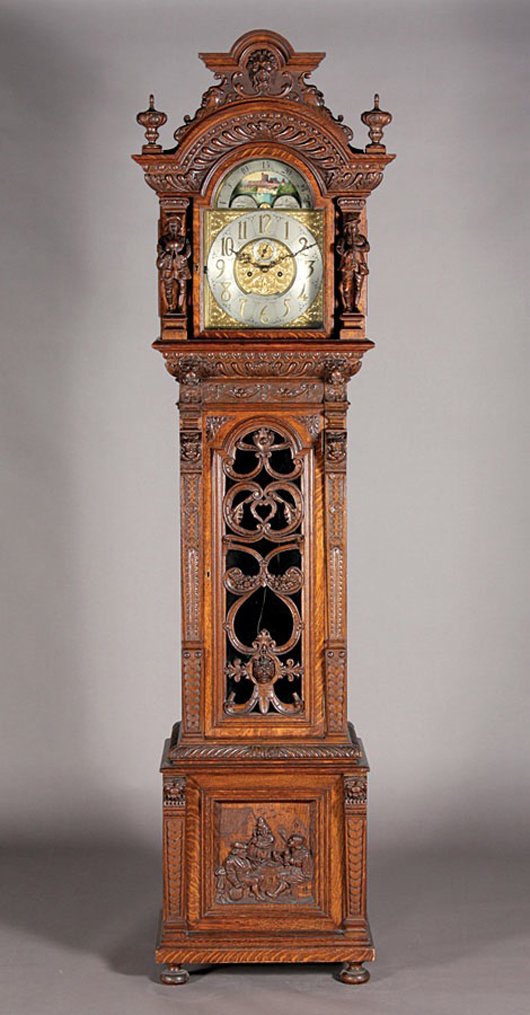 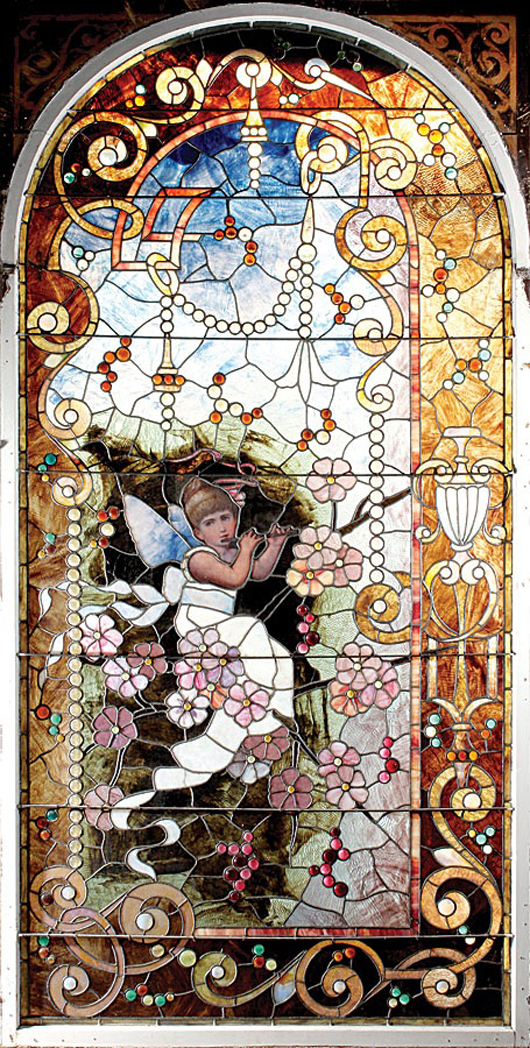 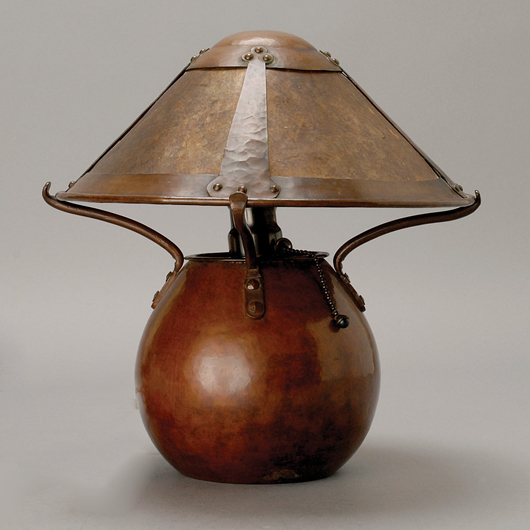 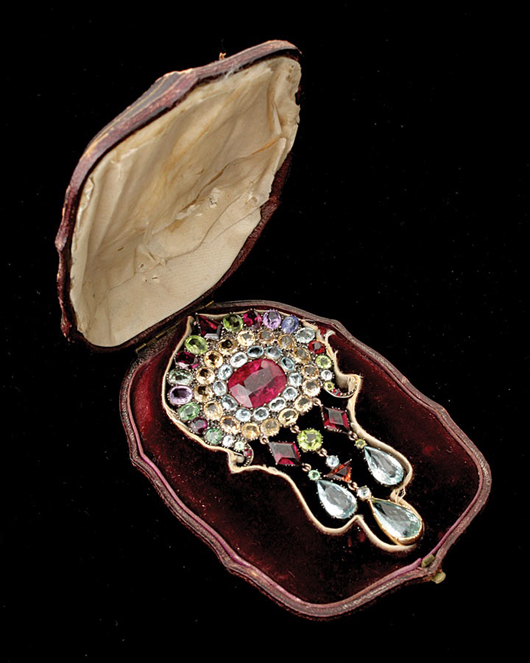