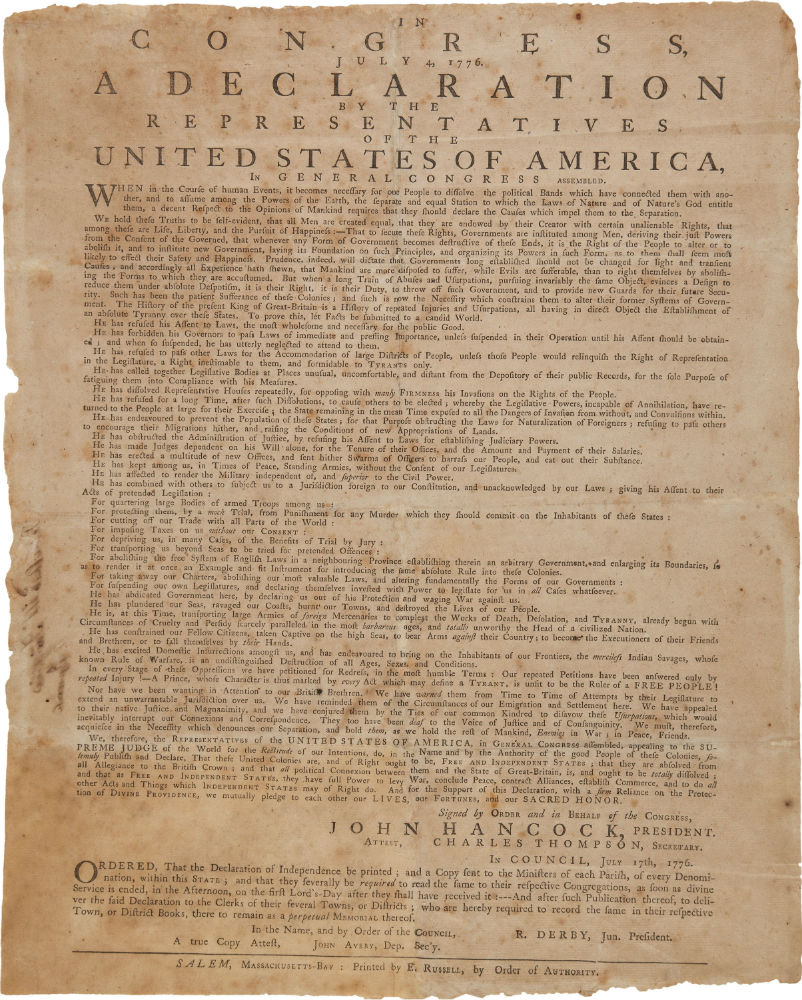 NEW YORK (AP) – A rare 1776 broadside printing of the Declaration of Independence is coming to a New York City auction next week.
It’s estimated to bring about $160,000 when Heritage Auctions offers it on April 5.

Very few early broadside printings of the Declaration have survived.

The broadside printing was ordered on July 17, 1776, by the Massachusetts Bay Council and read by the Rev. Levi Frisbie to his congregation in Ipswich, north of Boston.

When the Declaration of Independence was ratified, Congress ordered that it be read throughout the Colonies. The first broadside was printed in Philadelphia by John Dunlap on the evening of July 4, 1776. Additional printings appeared over the next few weeks as broadsides, in books and in newspapers.

The auction will be held at the Waldorf-Astoria hotel.

Declaration of Independence broadside sells for $514,000

Smithsonian to include Bill Cosby items in new history museum