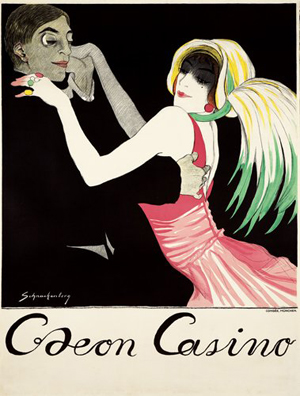 Walter Schnackenberg (German, 1880-1961) devoted much of his work to poster art. His depiction of a couple dancing at the Odeon Casino has a $25,000-$30,000 estimate. Image courtesy of Poster Auctions International.

NEW YORK – Poster Auctions International will celebrate 25 years of poster auctions with its 50th auction on May 2. The sale, which begins at 11 a.m. Eastern, will have more than 500 posters, some rare. LiveAuctioneers will provide Internet live bidding.

“As this is the golden anniversary auction, only the world’s finest and most important posters were chosen to be in this sale, gathered from some of the most prestigious private collections from around the globe,” noted Angelina Lippert, director of marketing at Poster Auctions International.

The auction will include masterpeices from Art Nouveau to Art Deco and beyond.

Beginning this sale is a stellar gathering of 40 rare automobile posters, from the classic car ads for Chrysler and Bugatti to the exhilarating announcements for the early races at Monaco and Le Mans. Highlights include Cappiello’s maquette for Charon Automobiles, Geo Ham’s 1933 Monaco Grand Prix, René Vincent’s Bugatti and Loupot’s Voisin Automobiles posters.

Additional highlights include impressive offerings from some of the most renowned Art Nouveau masters. More than 30 works by the Father of the Poster, Jules Cheret, 15 works by Cappiello, 18 posters by Mucha, and a dozen Italian fashion classics for the Mele store in Naples will be sold.

Delicate, luminous belle epoque posters on silk include examples by Camps, Cappiello and Mucha – including a Reverie.

Closer to home are a series of Southern Pacific railroad posters promoting travel to California, a selection of Depression-era WPA posters, a 1923 Lawn Tennis Championship and an early Houdini.

Posters from the old Soviet Union, from Lenin through Stalin, include examples by Lavinsky and Stenberg Bros.

A select few contemporary works include the famous Swiss political poster depicting a Muslim woman in a burka surrounded by minaret towers that resemble missiles.

This unmatched gathering of rare posters will be on public view through May 1.

The offices and showroom are located at 601 W. 26th St. in Manhattan. For details go to www.postersplease.com or contact Angelina Lippert at 212-787-4000. 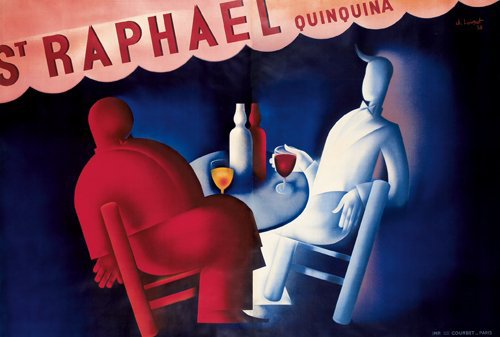 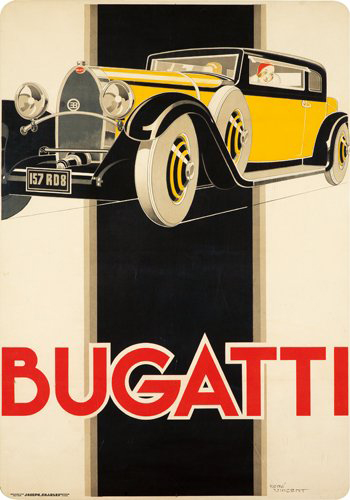 René Vincent (1879-1936) had a passion for elegance in posters and with the Bugatti T46 he had the perfect subject. With slight tears and stains at the edges, this poster has a $15,000-$20,000 estimate. Image courtesy of Poster Auctions International. 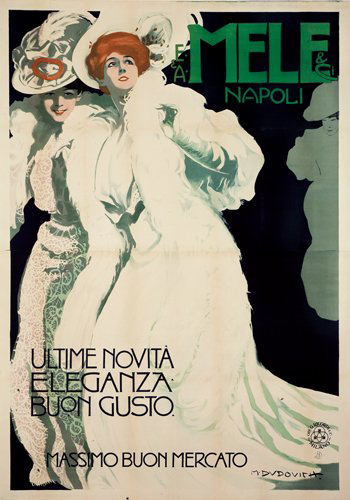 Marcello Dudovich (1878-1962) established himself as Italy’s premier posterist, largely as through posters for the store Mele & Ci. This refined yet lively poster has a $20,000-$25,000 estimate. Image courtesy of Poster Auctions International. 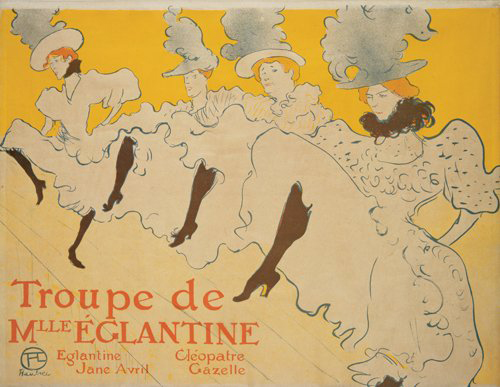 Toulouse-Lautrec (1864-1901) created this poster for Troupe de Mlle Eglantine at the request of Jane Avril, one of the cancan dancers. Graded an A- for slight edge staining, the poster is expected to sell for $40,000-50,000. Image courtesy of Poster Auctions International.