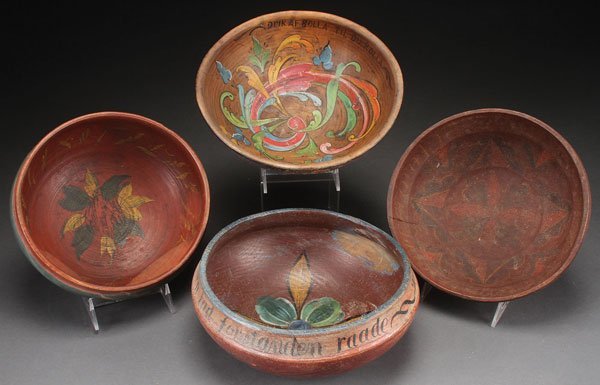 ERIE, Pa. (AP) – Shelley Kendall would rather be rosemaling.

The daughter of a Norwegian mother (her father was German), she was the baby of six children, and the only one to learn the Norwegian folk painting skill.

At the age of 16, she started taking classes in rosemaling with her mother, Carrie, who will turn 90 in December.

“I think she was surprised,” said Kendall, now 53. “I was into the age of parental conflict. But I fell in love with it and it brought Mom and I closer together. When I came back from that first class, I said ‘I want to do that.’ And we found a common interest.”

They would take many classes together before Kendall moved to Erie in 2006 to study forensic anthropology and applied forensic science at Mercyhurst University. She also has worked six years as an EMT and eight years as a paramedic, and now works as a pharmacy technician.

She’s never lost her love for rosemaling. “It’s one of those things that you can put it away and pick it up again later,” she said. “It’s relaxing. I lose track of time when I’m doing it and I’m proud when I look at a finished product.”

Rosemaling designs vary from region to region in Norway, she said. Some are symmetrical, others more flowing. She said it was commonly used to decorate brides’ dowry trunks and furniture. 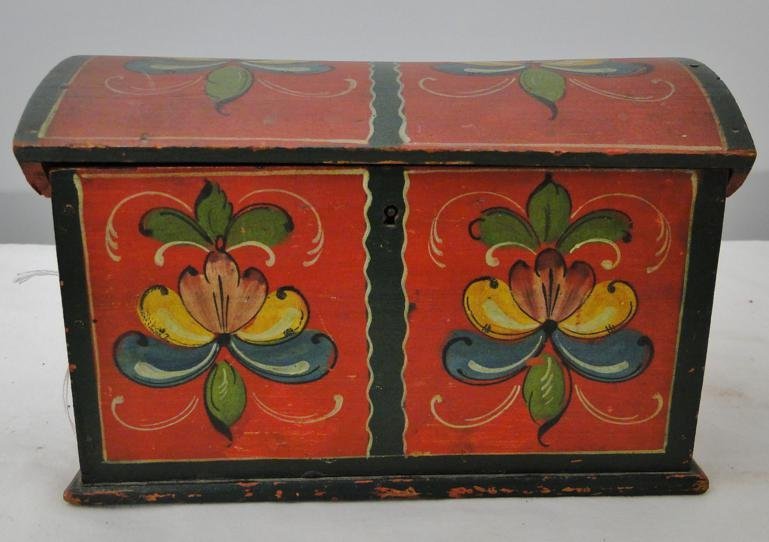 She said her works are usually Rogaland style, characterized as more symmetrical and requiring more shading and blending of colors. She gives away most of her pieces, so she doesn’t have much displayed in her own home.

“I have to plan months in advance,” she said, because she must paint and sand the boards, plan the designs and transfer them before she can even think about painting. Then the designs are laid down in layers of oil paint that have to dry a day at a time.

Kendall said she’s made probably 100 Christmas ornaments over the years, as well as small wooden sleighs and other holiday decor. She sometimes uses patterns from rosemaling books she has collected, but has designed some on her own, borrowing elements from here and there.

What she really wants to do is pass on her passion.

“I would love to teach it, to pass on the heritage,” she said, adding that she doesn’t know anyone else who does it. Kendall has done some rosemaling instruction at local craft stores, but said those classes tend to focus on projects that are done in fewer sittings.

“Rosemaling is a longer process,” she said.

She has three children, twin girls, 30, and a son, 27. None of them does rosemaling, though two of them do paint as a hobby.

“My son has talked about it, but we’ve never gotten around to it,” Kendall said.

Despite her skill, Kendall doesn’t consider herself an artist.

Erie Art Museum showcases local decoy carvers of the past