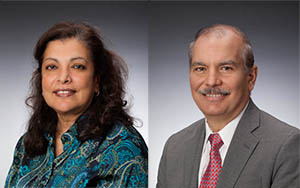 “Joe and Nadia Mannarino have been key figures in the world of comic book collectibles for nearly 40 years. They are literally the no. 1 team in comics that I have always wanted to work with but haven’t until now,” said Jim Halperin, co-founder of Heritage Auctions. “I’ve known them personally for 30 years and have done extensive business with them over that time. Their fairness, honesty and knowledge of every aspect of the medium is second to none, which is why they are so well-respected by both collectors and professionals.”

The Mannarinos’ career reads like a who’s who of the business. Throughout their careers they have worked many of the greatest names to ever grace the comics pages, from Frank Frazetta and Jack Kirby to Carmine Infantino and Jim Steranko. Their reach extends from the Golden Age of comics into the silver, bronze and modern ages.

“More than 40 years of collecting has never quenched our enthusiasm and passion for this wonderful medium,” said Joe Mannarino. “When Heritage made the decision more than a decade ago to expand, Jim Halperin personally asked us to join the Heritage family and help launch the comics category. The timing then was not right, but now it has come full circle and the opportunity is perfect for all of us.”

Besides their influence on the overall business, Joe and Nadia are also two of the greatest collectors the hobby has ever seen, with their personal collection exceeding more than 20,000 total items, including rare comic books, original comic art, toys, posters, Disneyana, premiums and comic strip art.

As collectors and dealers, the Mannarinos have had direct involvement with many of the finest pedigree collections to have come to market and Joe was most recently in the news as a previous owner of the highest graded copy of Action Comics No. 1, which sold for a record $3.2 million dollars. They have created a comprehensive research library relating to Comic Character Collectibles and have appeared as industry experts on numerous networks, including CNN, MSNBC, PBS, VOOM and the Discovery Channel.

Joe and Nadia’s collective resume is extensive and impressive, including principal owners of All Star Auctions and Comics and Stories; exclusive comic collectibles consultants for Christie’s from 1992 to 1997, where they inaugurated and conducted seven record-setting comic collectible sales; acting agents for some of the most prestigious artists to have ever worked in the medium, including Angelo Torres, Jerry Robinson, Joe Simon and Mort Drucker; publishers and authors of Christie’s East comic collectibles catalogs; perennial special advisors and contributors to the Overstreet Comic Book Price Guide, the universally acknowledged reference work in the field; charter and founding members of the American Association of Comic Book Collectors Committee for Authenticity Certification and Grading; members of the American Institute of Conservation for more than 20 years; author of the CAAR rating system as published in the Overstreet Guide to Collecting Comic and Animation Art, Gemstone Publishing, Oct. 2013; and authors of the definitive feature on high-end transactions in the Comic Collectibles field, Collecting at the Top, which appeared monthly in Gemstone Publishing Overstreet’s FAN Magazine.

Nadia has also been a member of the American Appraisers Association since 1999.

The Mannarinos will be at the New York Comic Con, Oct. 9-12, at the Javits Center in New York. They will be at the Heritage booth greeting friends and accepting consignments. 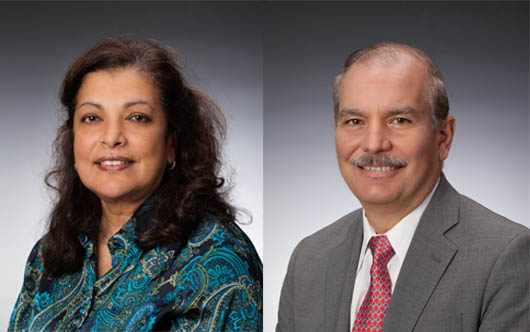