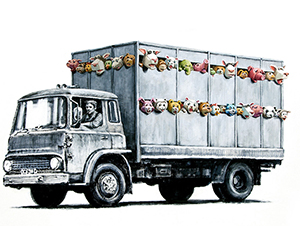 NEW YORK (AFP) – Mysterious British graffiti superstar Banksy — who has never been publicly identified — was predictably a no-show at theannual Webby awards, despite being named “person of the year.”

The awards have carved a niche as one of the most followed measures of online greatness, and many other Internet heroes attended Monday’s celebration in New York.

The British street artist won the award for captivating New York and the world at large with his month-long pop-up exhibition of graffiti on the streets of New York last October.

His award was presented by legendary musician Patti Smith, who quipped: “I have a confession to make. I am Banksy.”

Webby Awards host, comedian Patton Oswalt, accepted the award on his behalf and read out a speech prepared by the artist, joking: “Somebody painted over it.”

Banksy’s “Better Out Than In” residency attracted a cult following, offering a new piece of street art each day, photographed and promoted on Instagram and his website www.banksy.co.uk.

Some of the works, however, enraged owners of defaced property and he was criticized by then mayor Michael Bloomberg.

“The Internet has got to be free and open and neutral,” he said, getting a standing ovation with the words: “Up to us.”

The Webby Awards honor achievement on the Internet, including websites, interactive advertising and media, online film and video; mobile and apps; and social networking sites.

Established in 1996, they received nearly 12,000 entries from more than 60 countries worldwide this year. 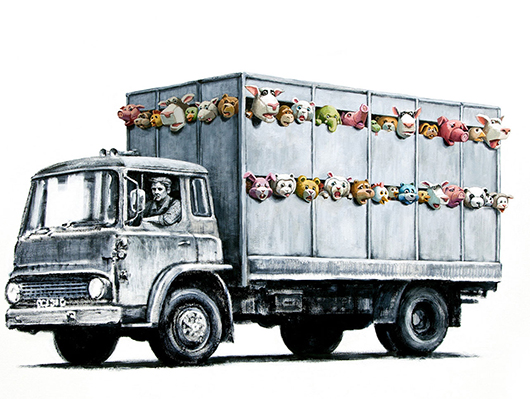